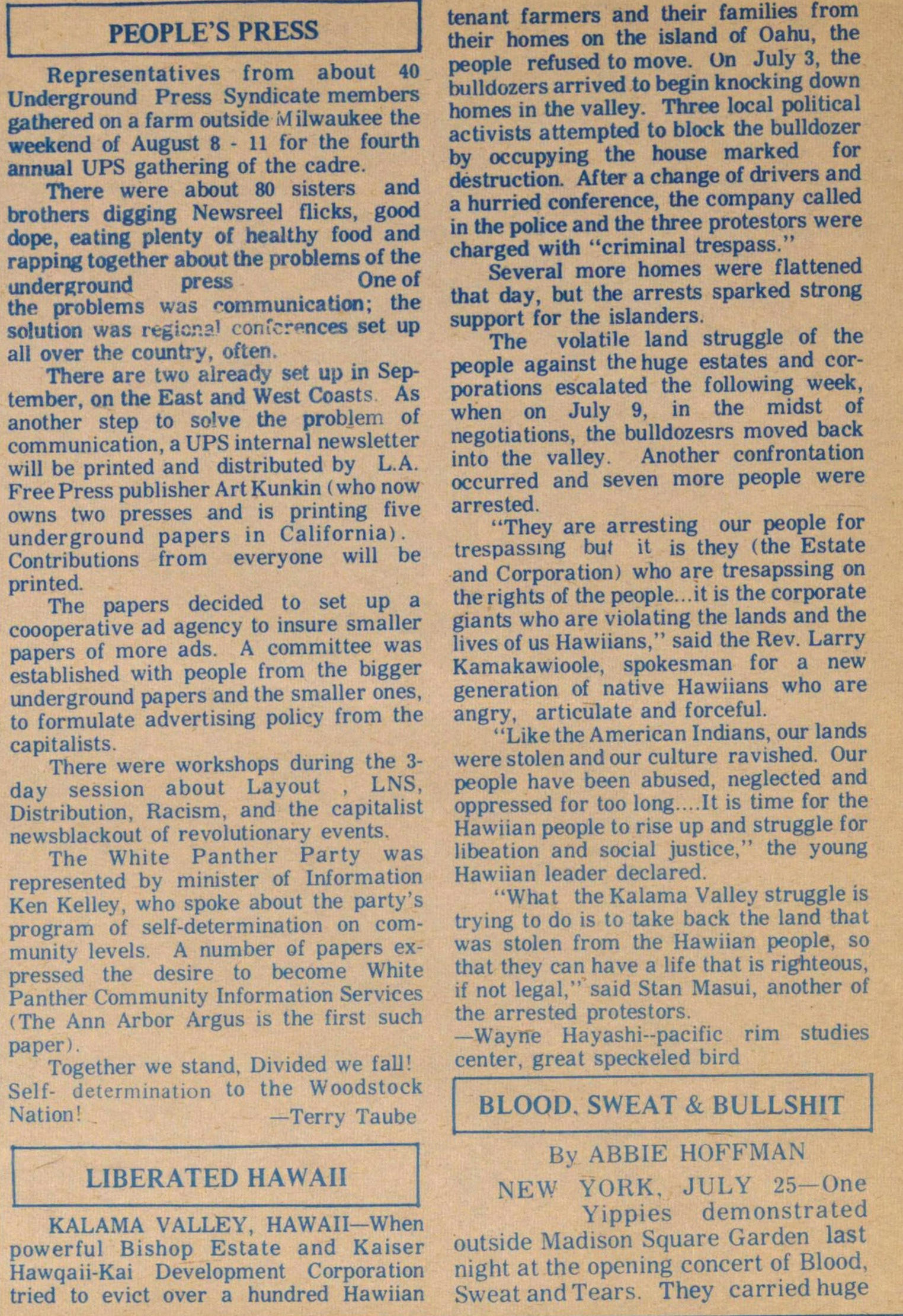 KALAMA VALLEY, HAWAII- When powerful Bishop Estate and Kaiser Hawqaii-Kai Development Corporation tried to evict over a hundred Hawaiian tenant farmers and their families from their homes on the island of Oahu, the people refused to move. On July 3, the bulldozers arrived to begin knocking down homes in the valley. Three local political activists attempted to block the bulldozer by occupying the house marked for destruction. After a change of drivers and a hurried conference, the company called in the police and the three protestors were charged with "criminal trespass."

Several more homes were flattened that day, but the arrests sparked strong support for the islanders. The volatile land struggle of the people against the huge estates and corporations escalated the following week, when on July 9, in the midst of negotiations, the bulldozers moved back into the valley. Another confrontation occurred and seven more people were arrested.

"They are arresting our people for trespassing but it is they (the Estate and Corporation) who are tresapssing on the rights of the people... it is the corporate giants who are violating the lands and the lives of us Hawaiians," said the Rev. Larry Kamakawioole, spokesman for a new generation of native Hawaiians who are angry, articulate and forceful.

"Like the American Indians, our lands were stolen and our culture ravished. Our people have been abused, neglected and oppressed for too long....It is time for the Hawaiian people to rise up and struggle for liberation and social justice," the young Hawaiian leader declared.

"What the Kalama Valley struggle is trying to do is to take back the land that was stolen from the Hawaiian people, so that they can have a life that is righteous, if not legal," said Stan Masui, another of the arrested protestors.