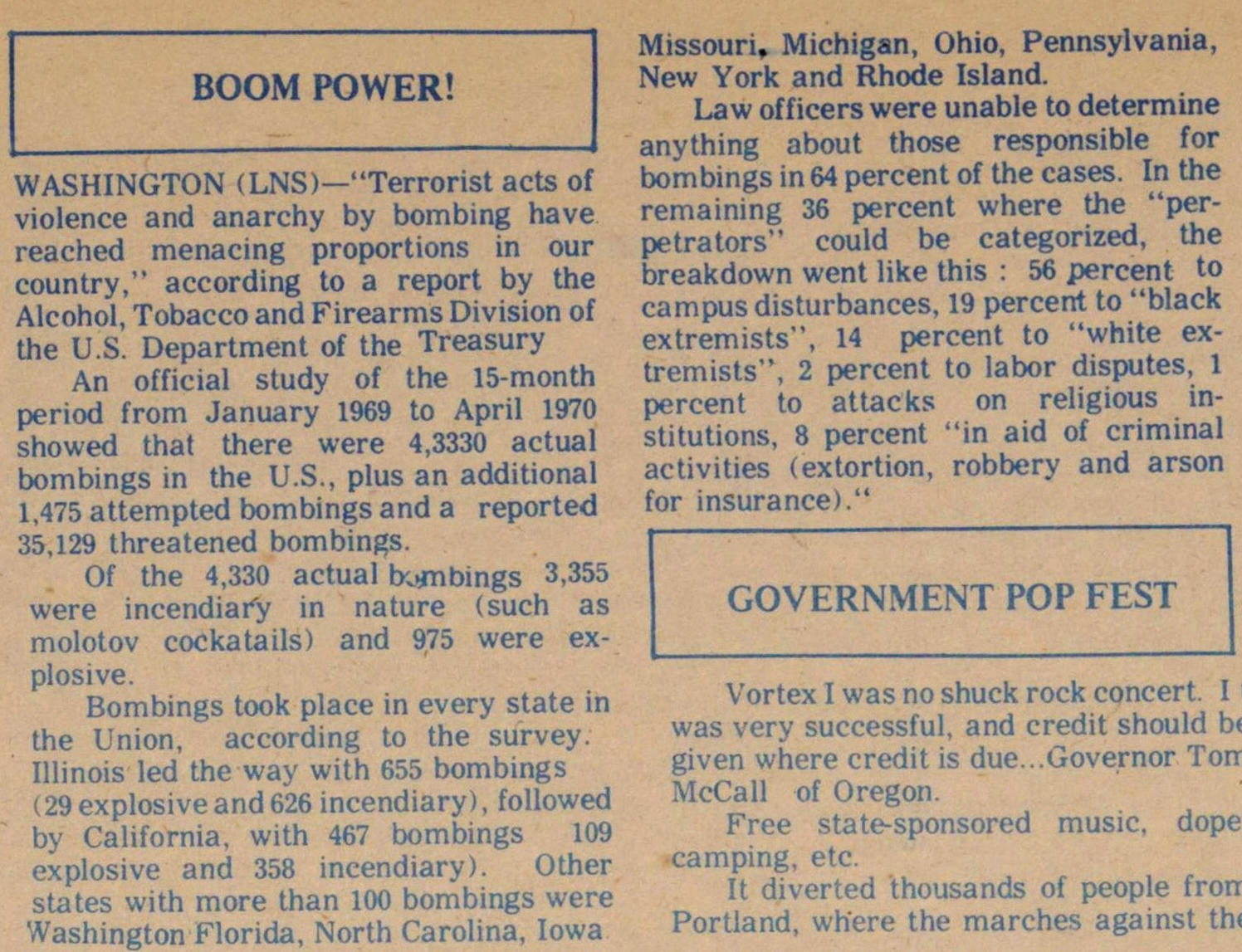 WASHINGTON (LNS)- "Terrorist acts of violence and anarchy by bombing have reached menacing proportions in our country," according to a report by the Alcohol, Tobacco and Firearms Division of the U.S. Department of the Treasury.

Of the 4,330 actual bombings 3,355 were incendiary in nature (such as molotov cocktails) and 975 were explosive.

Bombings took place in every state in the Union, according to the survey. Illinois led the way with 655 bombings (29 explosive and 626 incendiary), followed by California, with 467 bombings 109 explosive and 358 incendiary). Other states with more than 100 bombings were Washington Florida, North Carolina, Iowa Missouri, Michigan, Ohio, Pennsylvania, New York and Rhode Island.

Law officers were unable to determine anything about those responsible for bombings in 64 percent of the cases. In the remaining 36 percent where the "perpetrators" could be categorized, the breakdown went like this : 56 percent to campus disturbances, 19 percent to "black extremists", 14 percent to "white extremists", 2 percent to labor disputes, I percent to attacks on religious institutions, 8 percent "in aid of criminal activities (extortion, robbery and arson for insurance)."