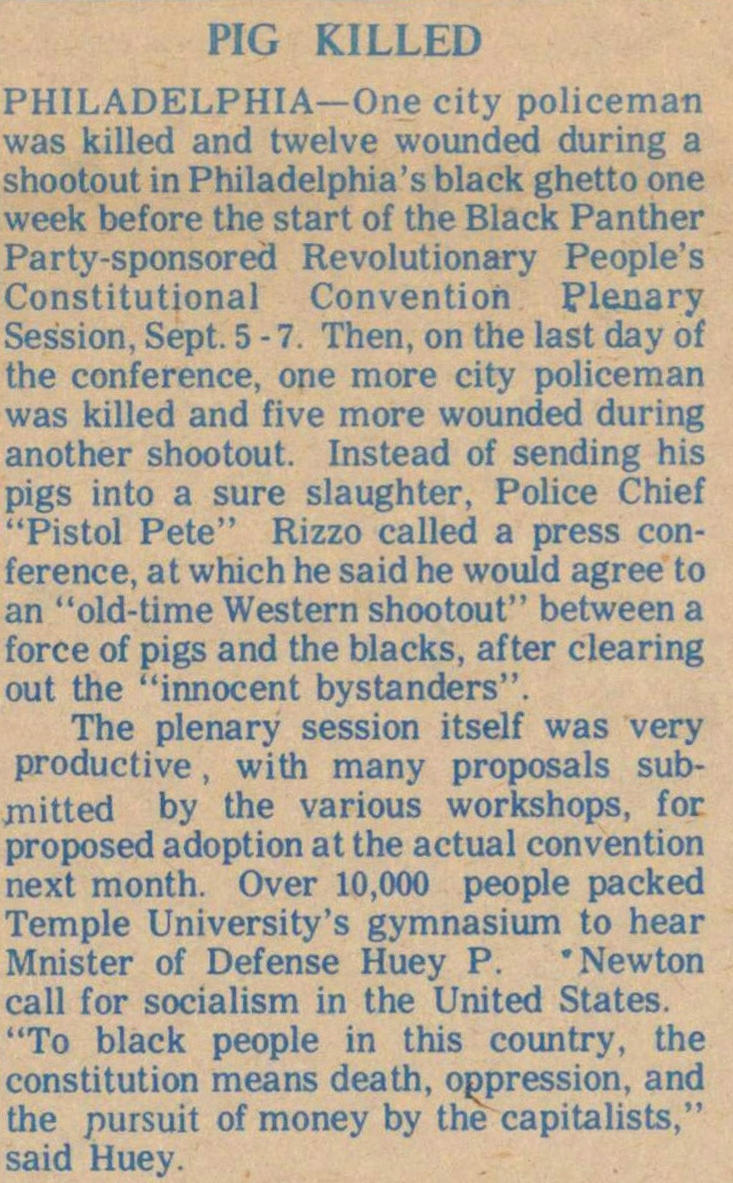 PHILADELPHIA- One city policeman was killed and twelve wounded during a shootout in Philadelphia's black ghetto one week before the start of the Black Panther Party-sponsored Revolutionary People's Constitutional Convention Plenary Session, Sept. 5-7. Then, on the last day of the conference, one more city policeman was killed and five more wounded during another shootout. Instead of sending his pigs into a sure slaughter, Police Chief "Pistol Pete" Rizzo called a press conference, at which he said he would agree to an "old-time Western shootout" between a force of pigs and the blacks, after clearing out the "innocent bystanders".

The plenary session itself was very productive, with many proposals submitted by the various workshops, for proposed adoption at the actual convention next month. Over 10,000 people packed Temple University's gymnasium to hear Minister of Defense Huey P. Newton call for socialism in the United States. "To black people in this country, the constitution means death, oppression, and the pursuit of money by the capitalists," said Huey.