Pigs Fight It Out 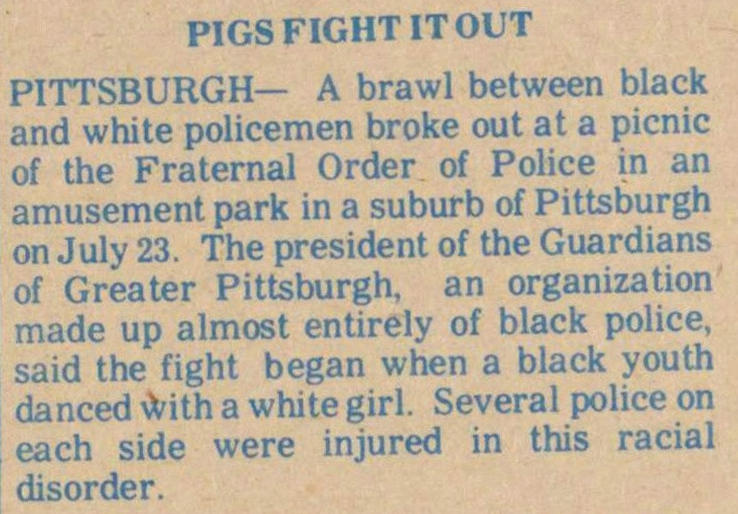 PIGS FIGHT IT OUT

PITTSBURGH- A brawl between black and white policemen broke out at a picnic of the Fraternal Order of Police in an amusement park in a suburb of Pittsburgh on July 23. The president of the Guardians of Greater Pittsburgh, an organization made up almost entirely of black police, said the fight began when a black youth danced with a white girl. Several police on each side were injured in this racial disorder.