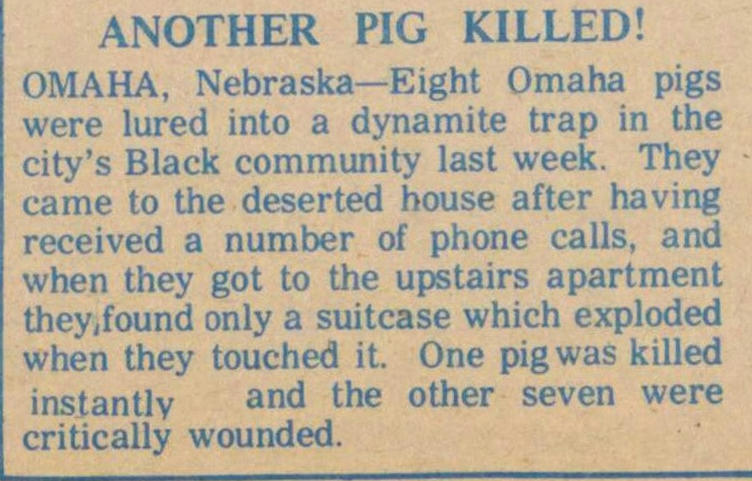 OMAHA, Nebraska- Eight Omaha pigs were lured into a dynamite trap in the city's Black community last week. They came to the deserted house after having received a number of phone calls, and when they got to the upstairs apartment they found only a suitcase which exploded when they touched it. One pig was killed instantly and the other seven were critically wounded.