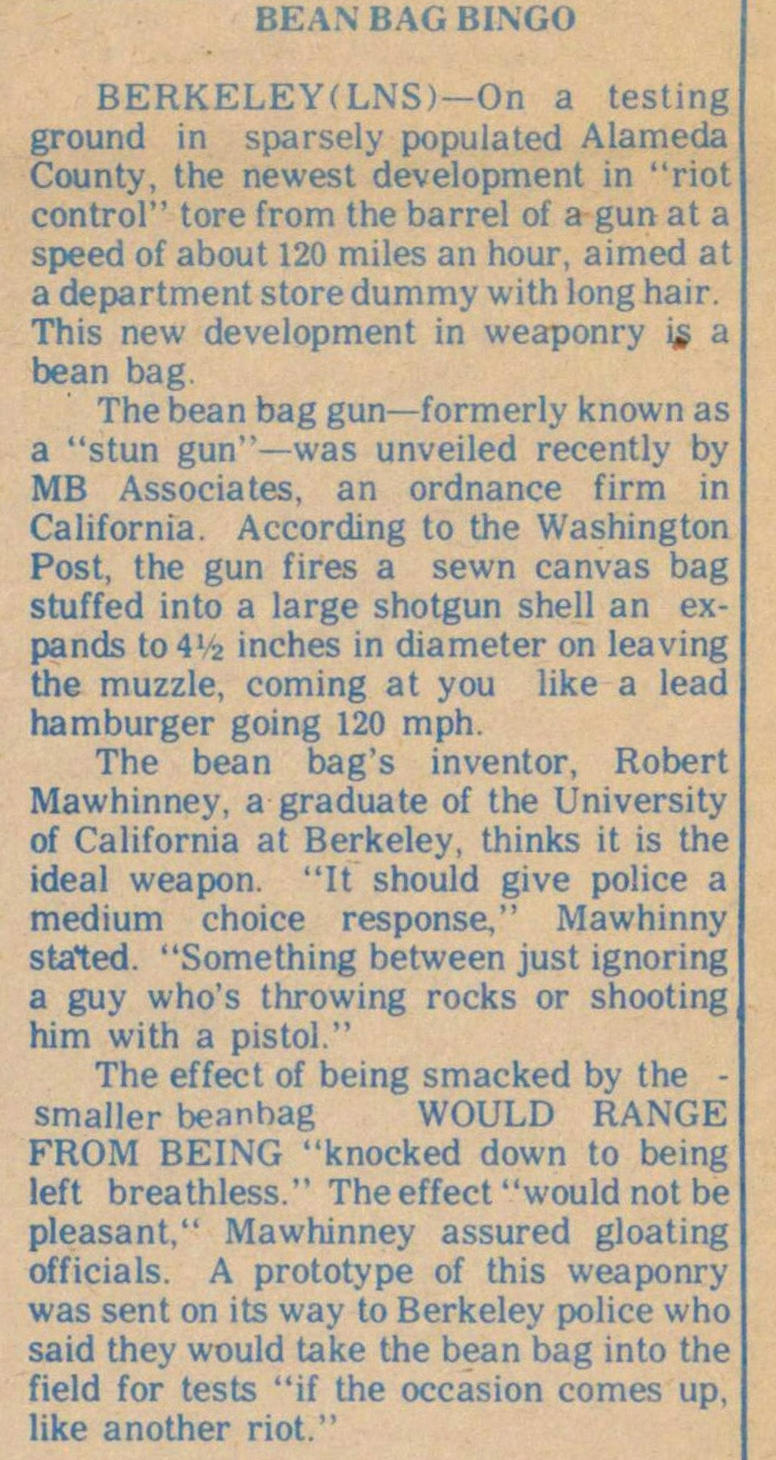 BERKELEY(LNS)- On a testing ground in sparsely populated Alameda County, the newest development in "riot control" tore from the barrel of a gun at a speed of about 120 miles an hour, aimed at a department store dummy with long hair. This new development in weaponry is a bean bag.

The bean bag gun- formerly known as a "stun gun"- was unveiled recently by MB Associates, an ordnance firm in California. According to the Washington Post, the gun fires a sewn canvas bag stuffed into a large shotgun shell and expands to 4 1/2 inches in diameter on leaving the muzzle, coming at you like a lead hamburger going 120 mph.

The bean bag's inventor, Robert Mawhinney, a graduate of the University of California at Berkeley, thinks it is the ideal weapon. "It should give police a medium choice response," Mawhinny stated. "Something between just ignoring a guy who's throwing rocks or shooting him with a pistol."

The effect of being smacked by the smaller beanbag WOULD RANGE FROM BEING "knocked down to being left breathless." The effect "would not be pleasant," Mawhinney assured gloating officials. A prototype of this weaponry was sent on its way to Berkeley police who said they would take the bean bag into the field for tests "if the occasion comes up, like another riot."