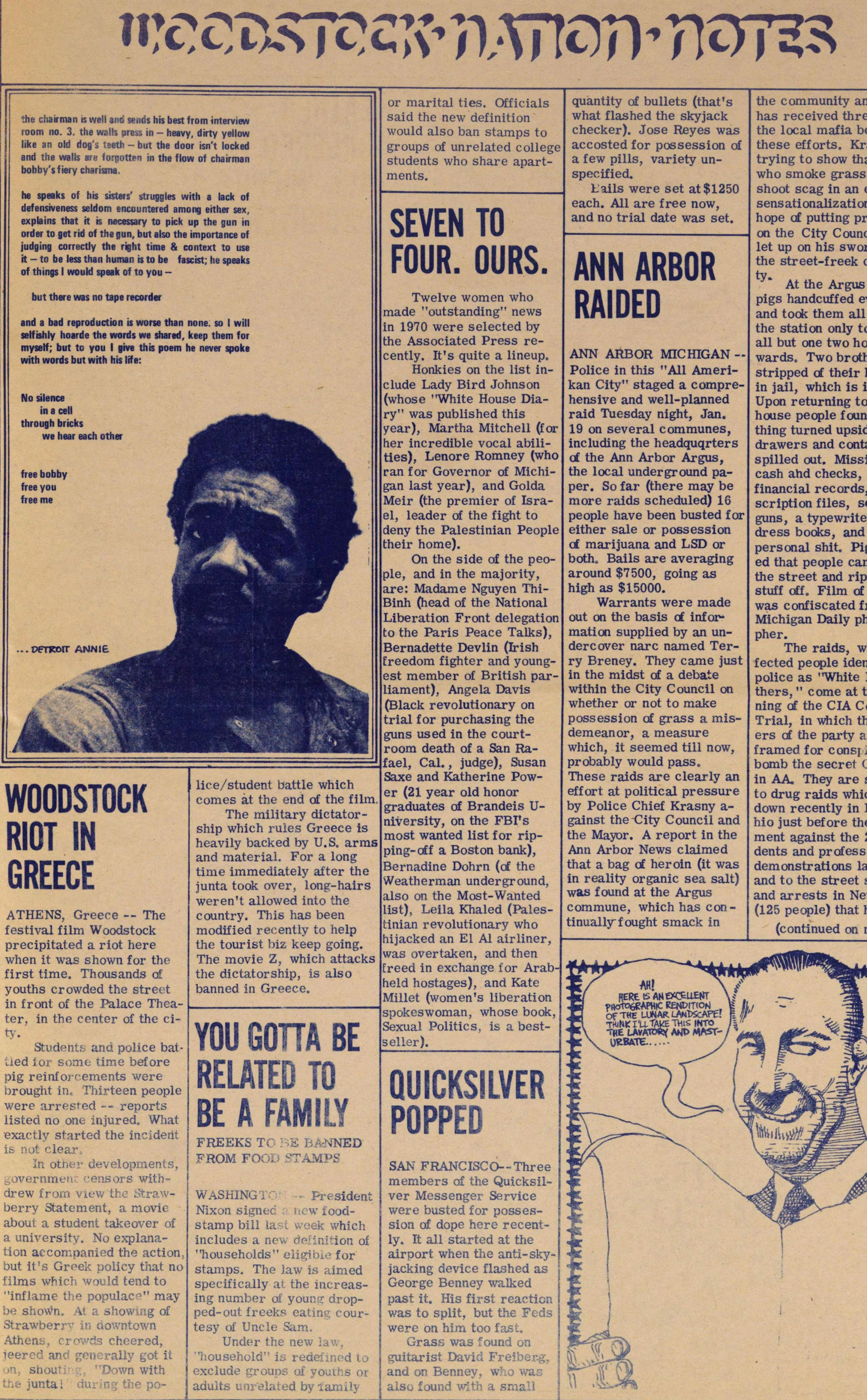 ATHENS, Greece -- The festival film Woodstock precipitated a riot here when it was shown for the first time. Thousands of youths crowded the street in front of the Palace Theater, in the center of the city.

Students and police battled for some time before pig reinforcements were brought in. Thirteen people were arrested - reports listed no one injured. What exactly started the incident is not clear.

In other developments, government censors withdrew from view the Strawberry Statement, a movie about a student takeover of a university. No explanation accompanied the action, but it's Greek policy that no films which would tend to "inflame the populace" may be shown. At a showing of Strawberry in downtown Athens, crowds cheered,jeered and generally got it on, shouting, "Down with the junta!" during the police/student battle which comes at the end of the film.

The military dictatorship which rules Greece is heavily backed by U.S. arms and material. For a long time immediately after the junta took over, long-hairs weren't allowed into the country. This has been modified recently to help the tourist biz keep going. The movie Z, which attacks the dictatorship, is also banned in Greece.

the chairman is well and sends his best from interview

room no. 3. the walls press in - heavy, dirty yellow

like an old dog's teeth - but the door isn't locked

and the walls are forgotten in the flow of chairman

he speaks of his sisters' struggles with a lack of

defensiveness seldom encountered among either sex,

explains that it is necessary to pick up the gun in

order to get rid of the gun, but also the importance of

judging correctly the right time & context to use

it - to be less than human is to be fascist; he speaks

of things I would speak of to you -

but there was no tape recorder

and a bad reproduction is worse than none. so I will

selfishly hoarde the words we shared, keep them for

myself; but to you I give this poem he never spoke

with words but with his life:

we hear each other