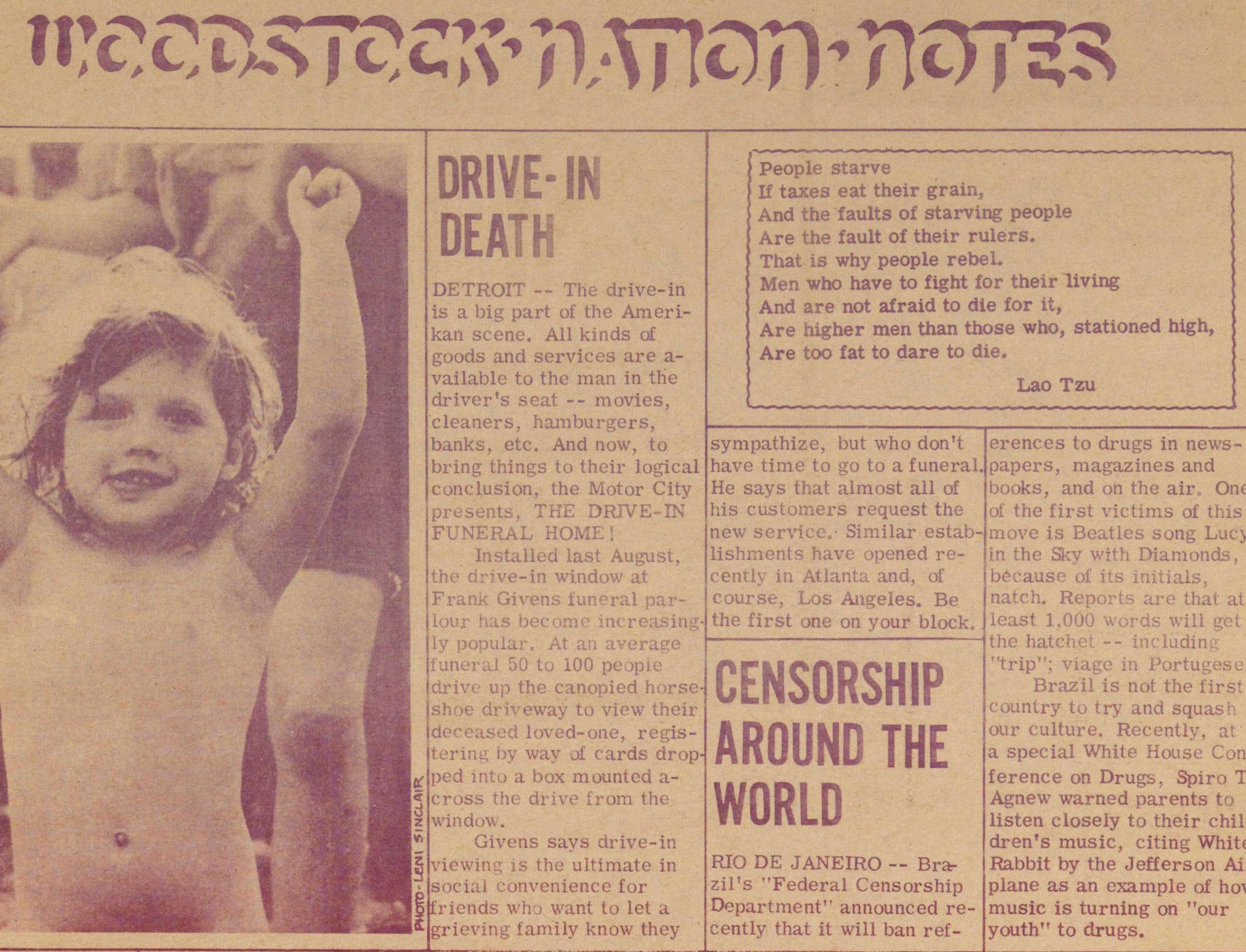 DETROIT -- The drive-in is a big part of the Amerikan scene. All kinds of goods and services are available to the man in the driver's seat -- movies, cleaners, hamburgers, banks, etc. And now, to bring things to their logical conclusion, the Motor City presents, THE DRIVE-IN FUNERAL HOME!

Installed last August, the drive-in window at Frank Givens funeral parlour has become increasingly popular. At an average funeral 50 to 100 people drive up the canopied horseshoe driveway to view their deceased loved-one, registering by way of cards dropped into a box mounted across the drive from the window.

Givens says drive-in viewing is the ultimate in social convenience for friends who want to let a grieving family know they sympathize, but who don't have time to go to a funeral. He says that almost all of his customers request the new service. Similar establishments have opened recently in Atlanta and, of course, Los Angeles. Be the first one on your block.

If taxes eat their grain,

And the faults of starving people

Are the fault of their rulers.

That is why people rebel.

Men who have to fight for their living

And are not afraid to die for it,

Are higher men than those who, stationed high,

Are too fat to dare to die.