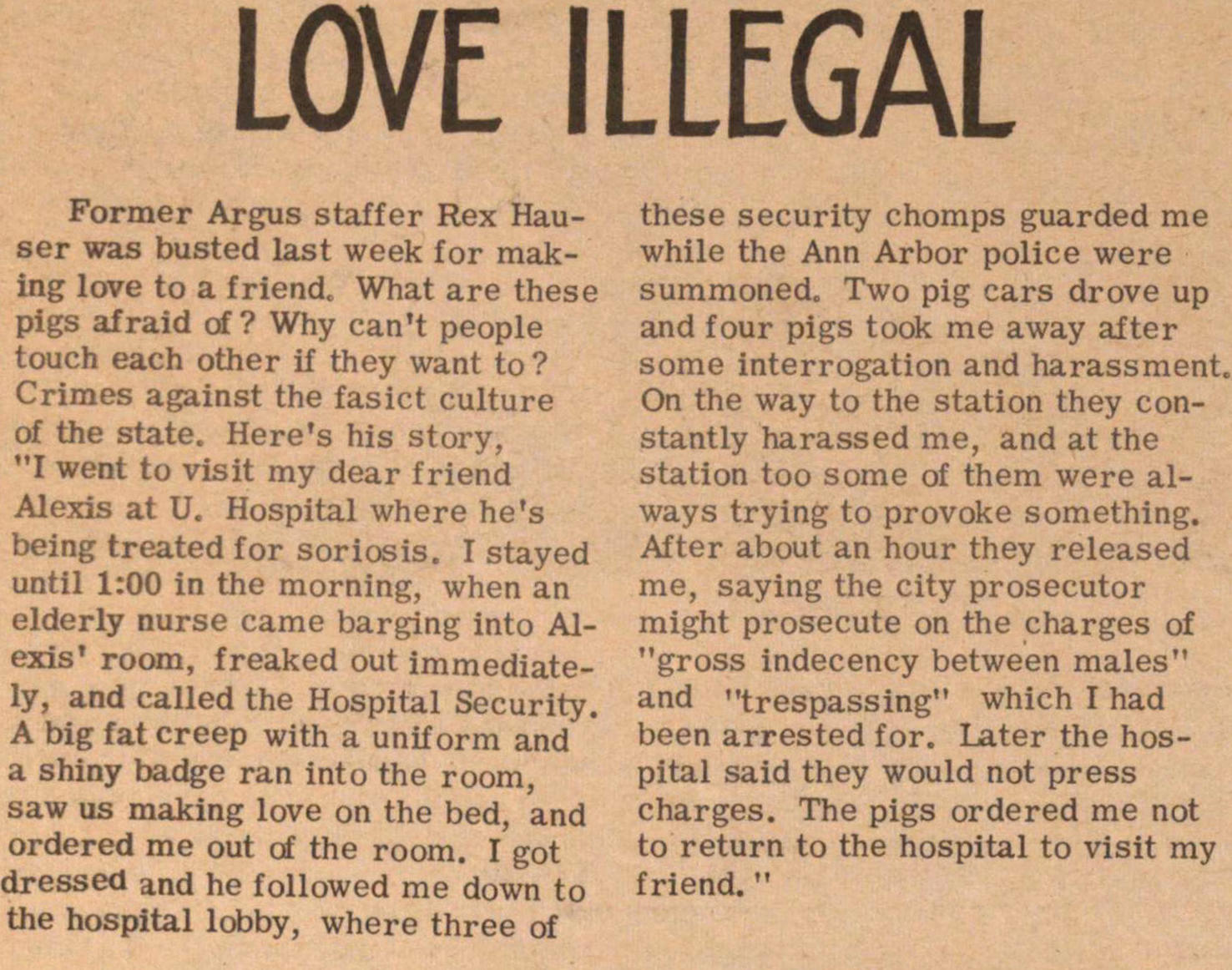 Former Argus stafier Rex Hauser was busted last week for making love to a friend. What are these pigs af raid of ? Why can't people touch each other if they want to ? Crimes against the fasict culture of the state. Here's his story, "I went to visit my dear friend Alexis at U. Hospital where he's being treated for soriosis. I stayed until 1:00 in the morning, when an elderly nurse carne barging into Alexis' room, freaked out immediately, and called the Hospital Security. A big fat creep with a uniform and a shiny badge ran into the room, saw us making love on the bed, and ordered me out of the room. I got dressed and he followed me down to the hospital lobby, where three of these security chomps guarded me while the Ann Arbor pólice were summoned. Two pig cars drove up and f our pigs took me away after some interrogation and harassment. On the way to the station they constantly harassed me, and at the station too some of them were always trying to provoke something. After about an hour they released me, saying the city prosecutor might prosecute on the charges of "gross indecency between males" and "trespassing" which I had been arrested for. Later the hospital said they would not press charges. The pigs ordered me not to return to the hospital to visit my friend. "