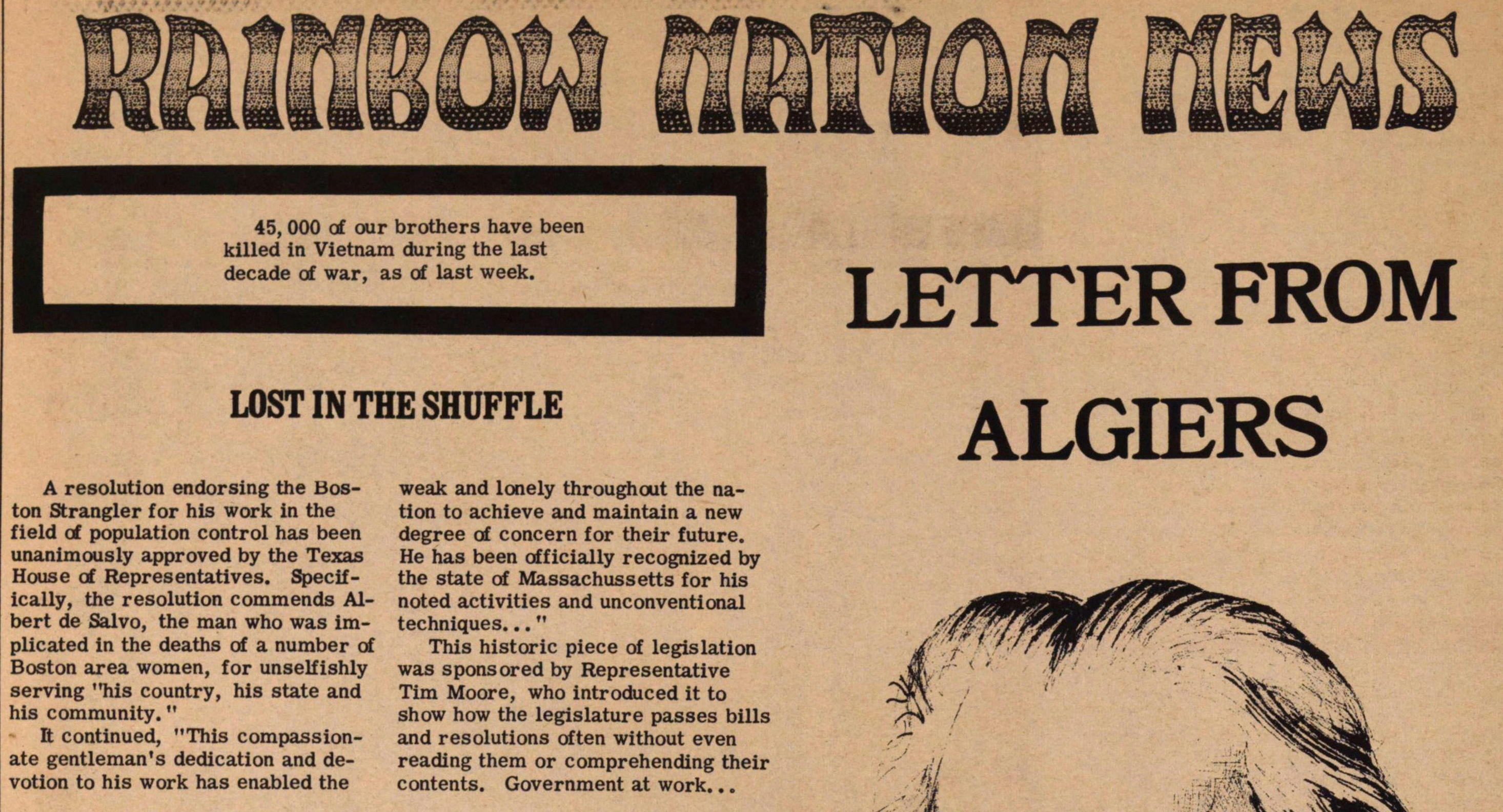 45,000 of our brothers have been killed in Vietnam during the last decade of war, as of last week.

LOST IN THE SHUFFLE

A resolution endorsing the Boston Strangler for his work in the field of population control has been unanimously approved by the Texas House of Representatives. Specifically, the resolution commends Albert de Salvo, the man who was implicated in the deaths of a number of Boston area women, for unselfishly serving "his country, his state and his community."

It continued, "This compassionate gentleman's dedication and devotion to his work has enabled the weak and lonely throughout the nation to achieve and maintain a new degree of concern for their future. He has been officially recognized by the state of Massachusetts for his noted activities and unconventional techniques. . . "

This historic piece of legislation was sponsored by Representative Tim Moore, who introduced it to show how the legislature passes bills and resolutions often without even reading them or comprehending their contents. Government at work. . .