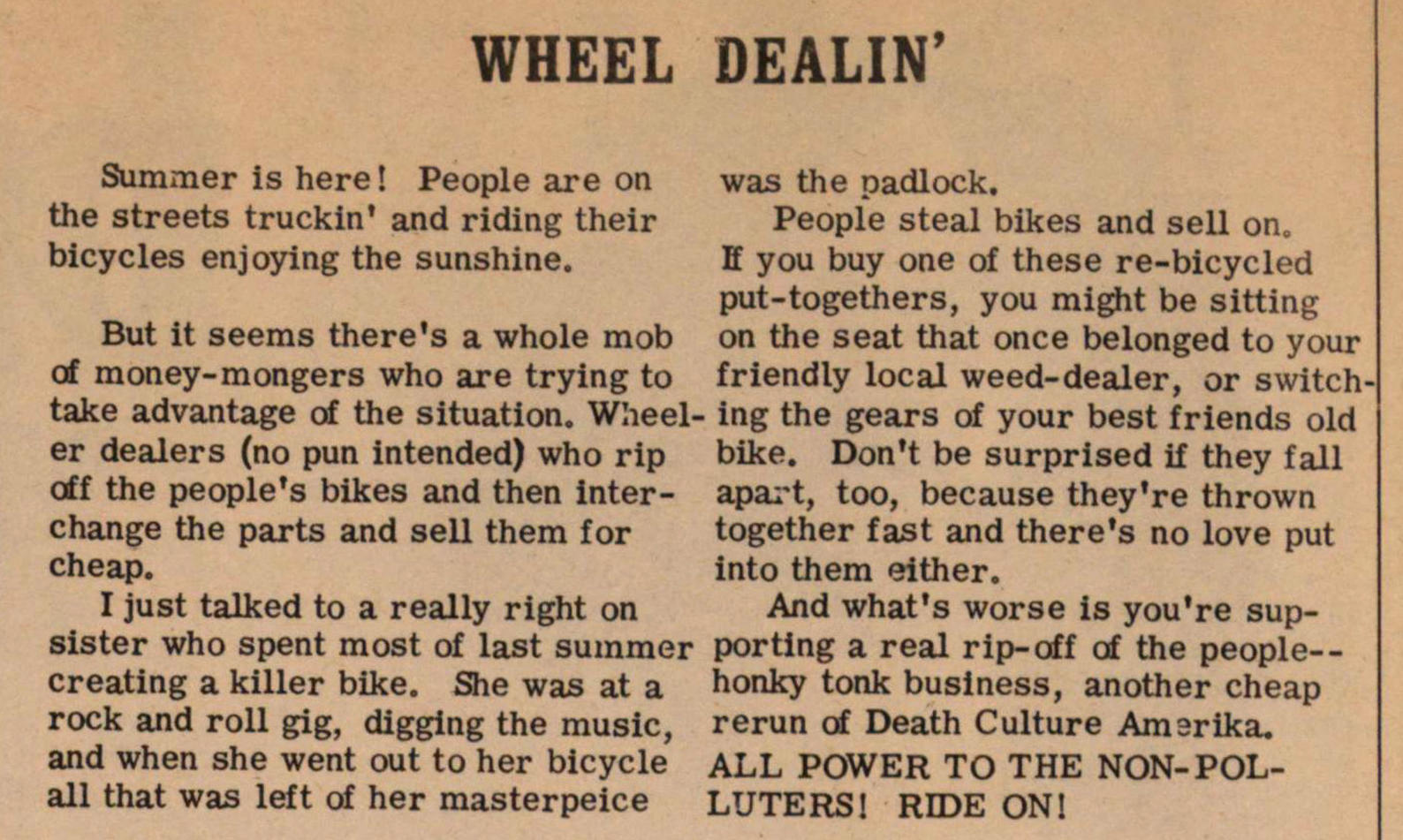 Slimmer is here ! People are on the streets truckin' and riding their bicycles enjoying the sunshine. But it seems there's a whole mob af money-mongers who are trying to take advantage of the situation. Wheeler dealers (no pun intended) who rip off the people's bikes and then interchange the parts and sell them for cheap. I just talked to a really right on sister who spent most of last summer creating a killer bike. She was at a rock and roll gig, digglng the music, and when she went out to her bicycle all that was lef t of her masterpeice was the padlock. People steal bikes and sell on„ If you buy one of these re-bicycled put-togethers, you might be sitting on the seat that once belonged to your friendly local weed-dealer, or switching the gears of your best friends old bike. Don't be surprised if they fall apart, too, because they're thrown together fast and there's no love put into them either. And what's worse is you're supporting a real rip-off of the - honky tonk business, another cheap rerun of Death Culture Amarika. ALL POWER TO THE NON-POLLUTERS! RIDE ON!