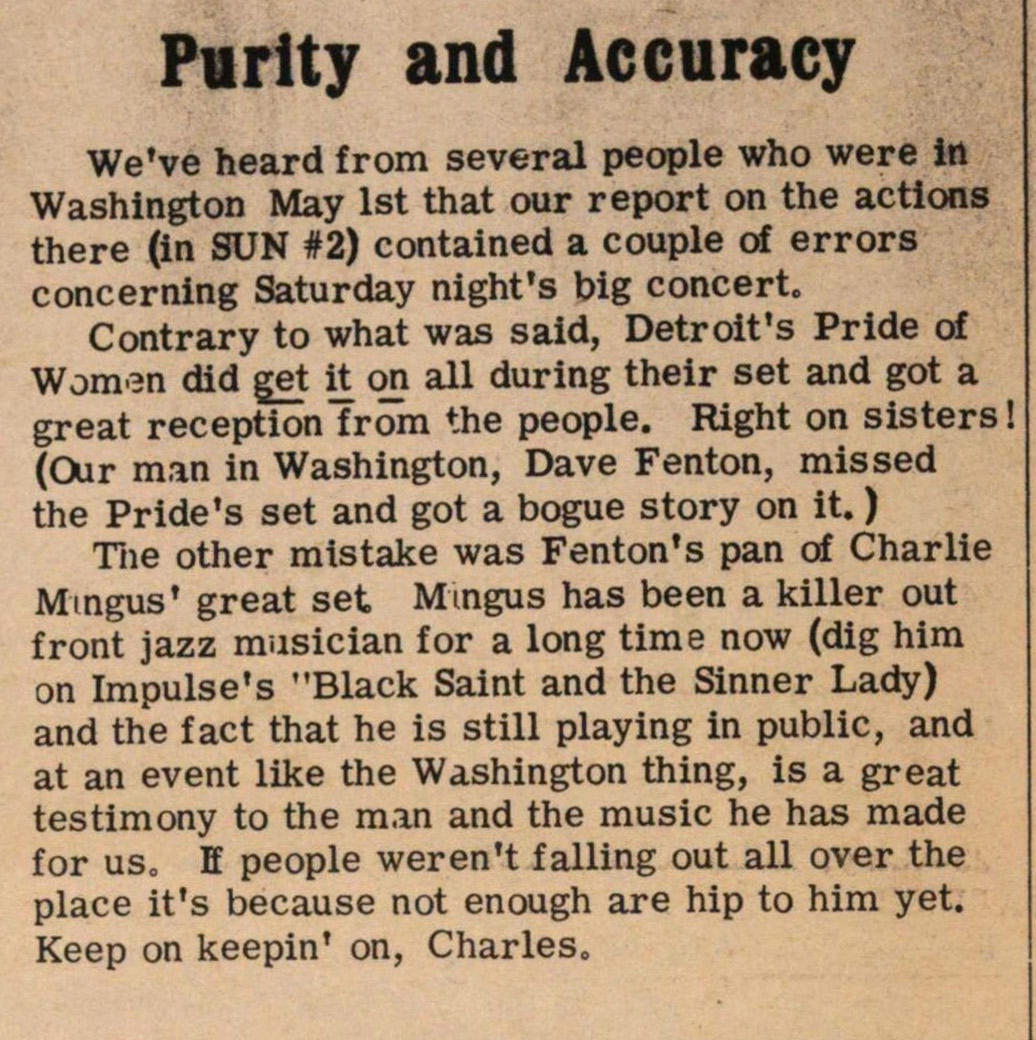 We've heard f rom several people who were in Washington May lst that our report on the actions there (in SUN #2) contained a couple of errors concerning Saturday night's big concert. Contrary to what was said, Detroit's Pride of Women did get it on all during their set and got a great reception from the people. Right on sisters ! (Our man in Washington, Dave Fenton, mis sed the Pride 's set and got a bogue story on it. ) The other mistake was Fenton' s pan of Charlie Mmgus' great set Mingus has been a killer out front jazz musician for a long time now (dig him on Impulse's "Black Saint and the Sinner Lady) and the f act that he is still playing in public, and at an event like the Washington thing, is a great testimony to the man and the music he has made for us. E people weren't falling out all over the place it's because not enough are hip to him yet. Keep on keepin' on, Charles.