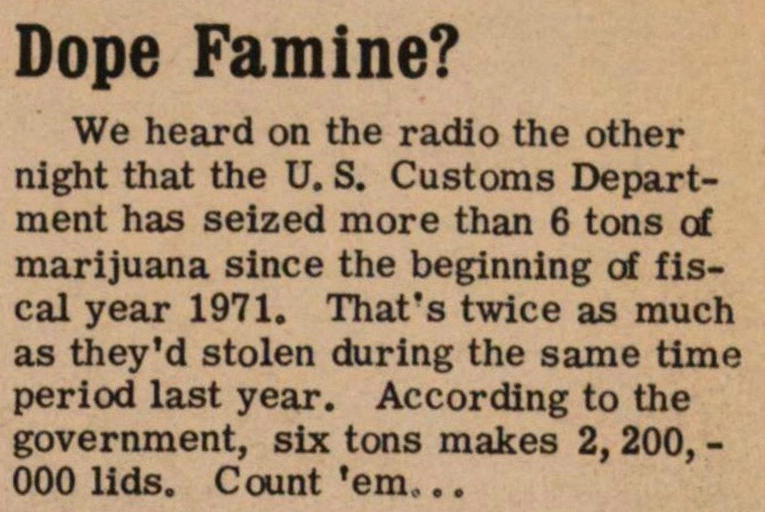 We heard on the radio the other night that the U. S. Customs Department has seized more than 6 tons of marijuana since the beginning of fiscal year 1971. That's twice as much as they'd stolen during the same time period last year. According to the government, six tons makes 2, 200, - 000 lids. Count 'em. ..