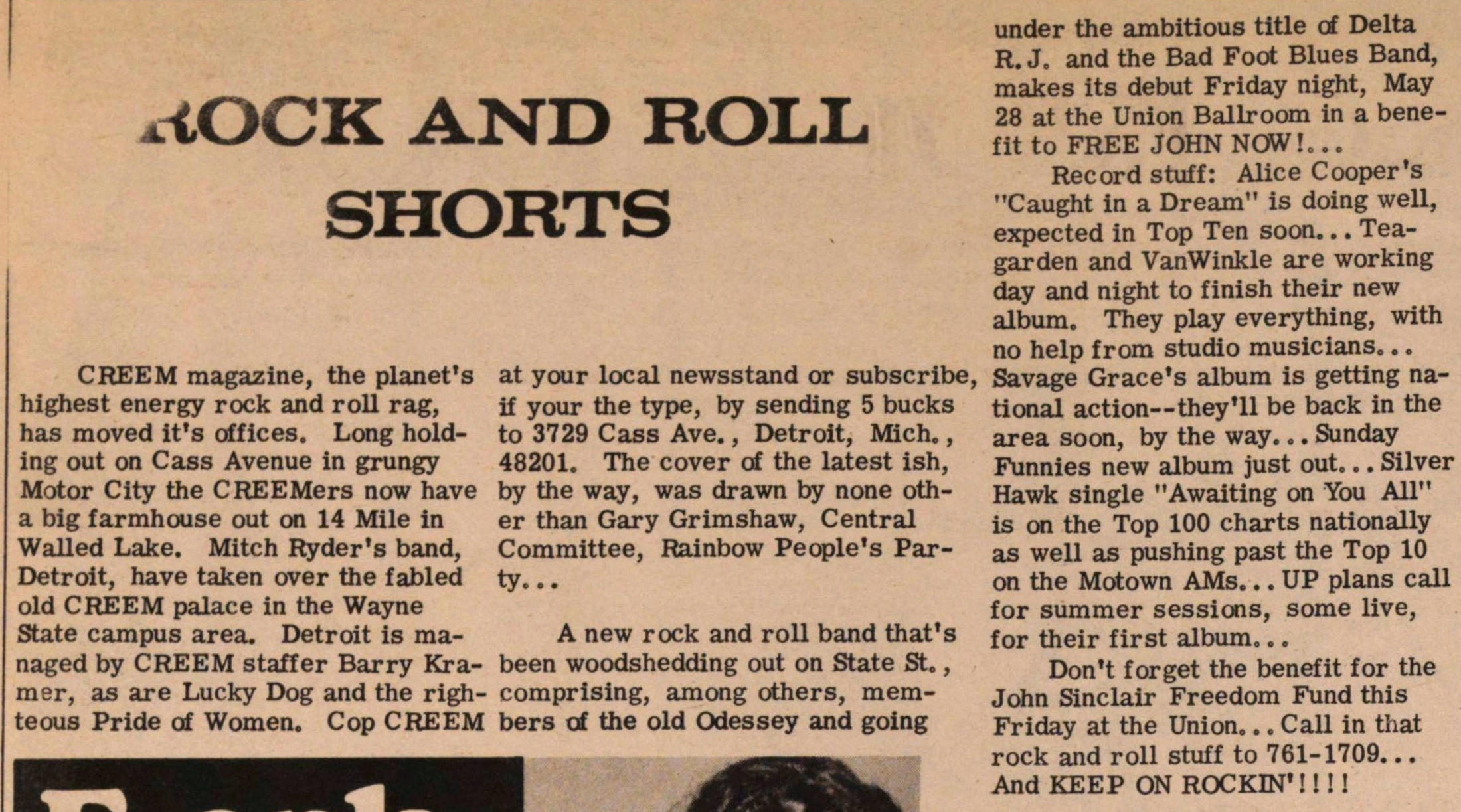 CREEM magazine, the planet's highest energy rock and roll rag, has moved it's offices. Long holding out on Cass Avenue in grungy Motor City the CREEMers now have a big farmhouse out on 14 Mile in Walled Lake. Mitch Ryder 's band, Detroit, have taken over the fabled old CREEM palace in the Wayne State campus area. Detroit is managed by CREEM staffer Barry Kramer, as are Lucky Dog and the righteous Pride of Women. Cop CREEM at your local newsstand or subscribe, if your the type, by sending 5 bucks to 3729 Cass Ave., Detroit, Mich., 48201. The cover of the latest ish, by the way, was drawn by none other than Gary Grimshaw, Central Committee, Rainbow People's Party. . .

A new rock and roll band that's been woodshedding out on State St. , comprising, among others, members of the old Odessey and going under the ambitious title of Delta R. J. and the Bad Foot Blues Band, makes its debut Friday night, May 28 at the Union Ballroom in a benefit to FREE JOHN NOW!. . .

Record stuff: Alice Cooper's "Caught in a Dream" is doing well, expected in Top Ten soon. . . Teagarden and VanWinkle are working day and night to finish their new album. They play everything, with no help from studio musicians. . . Savage Grace's album is getting national action- they'll be back in the area soon, by the way. . . Sunday Funnies new album just out. . . Silver Hawk single "Awaiting on You All" is on the Top 100 charts nationally as well as pushing past the Top 10 on the Motown AMs. . . UP plans call for summer sessions, some live, for their first album. . .