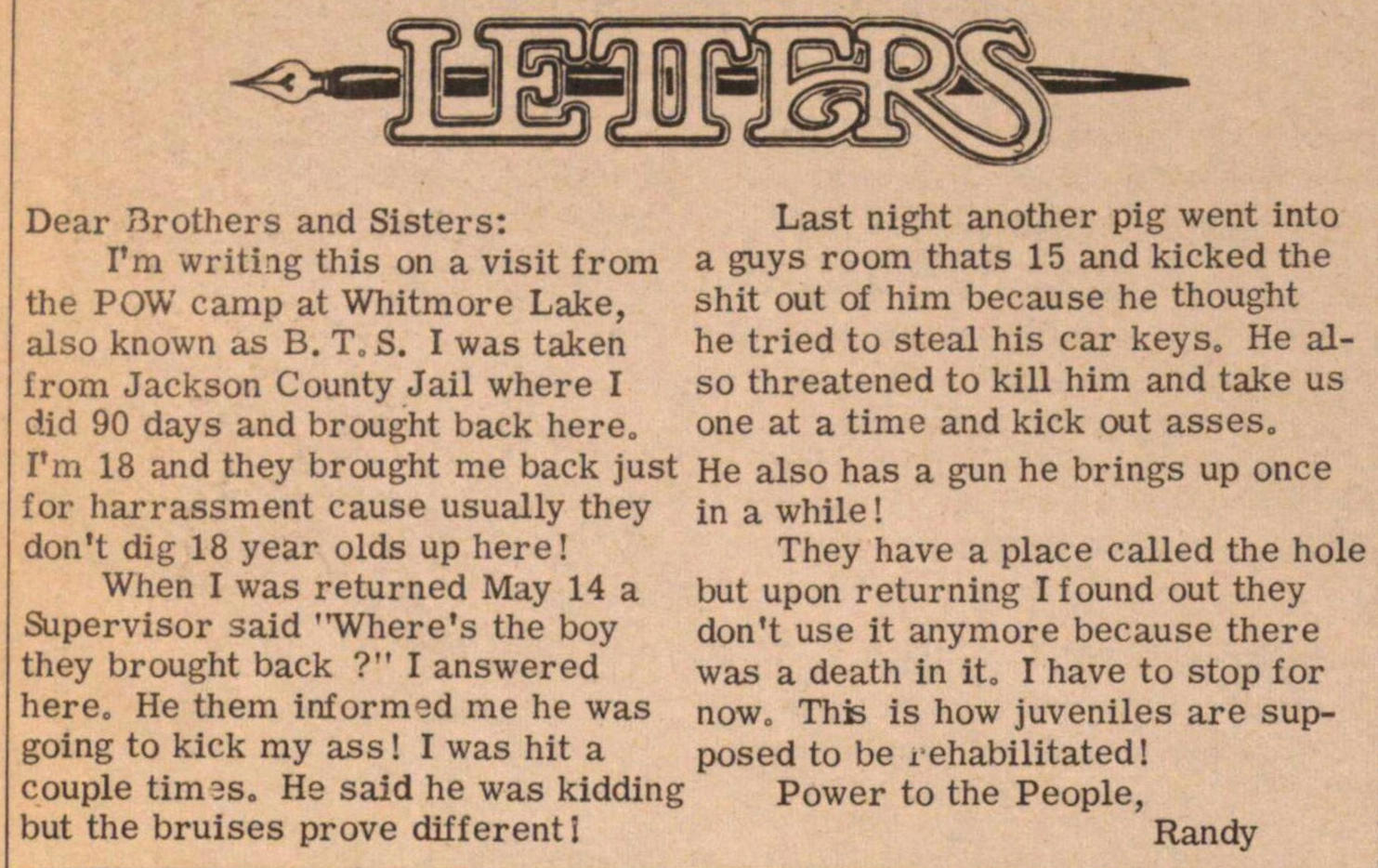 I'm writing this on a visit from the POW camp at Whitmore Lake, also known as B.T.S. I was taken from Jackson County Jail where I did 90 days and brought back here. I'm 18 and they brought me back just for harassment cause usually they don't dig 18 year olds up here!

When I was returned May 14 a Supervisor said "Where's the boy they brought back?" I answered here. He then informed me he was going to kick my ass! I was hit a couple times. He said he was kidding but the bruises prove different!

Last night another pig went into a guy's room that's 15 and kicked the shit out of him because he thought he tried to steal his car keys. He also threatened to kill him and take us one at a time and kick our asses. He also has a gun he brings up once in a while!

They have a place called the hole but upon returning I found out they don't use it anymore because there was a death in it. I have to stop for now. This is how juveniles are supposed to be rehabilitated!

Power to the People,