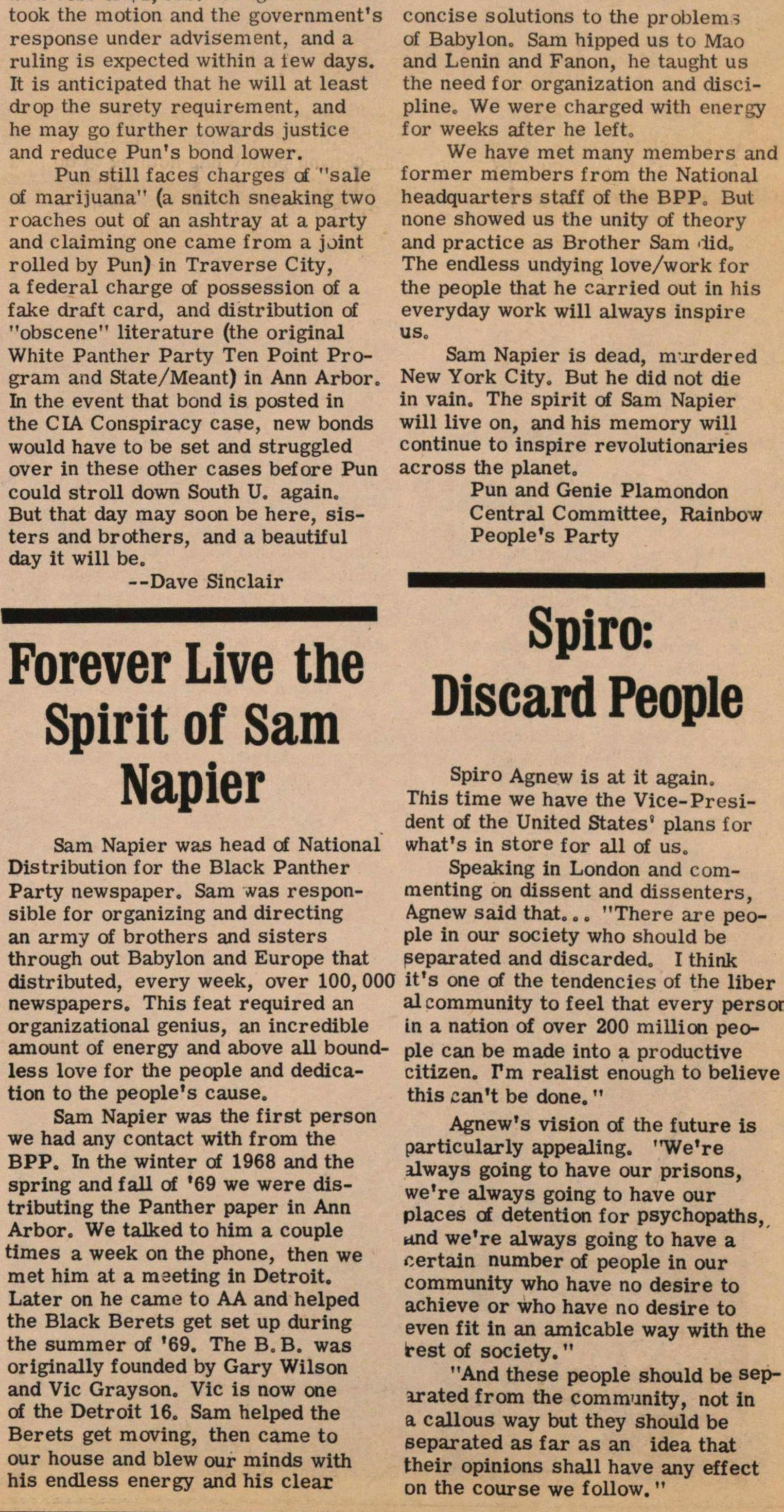 Sam Napier was head of National Distribution for the Black Panther Party newspaper. Sam was responsible for organizing and directing an army of brothers and sisters through out Babylon and Europe that distributed, every week, over 100,000 newspapers. This feat required an organizational genius, an incredible amount of energy and above all boundless love for the people and dedication to the people's cause.

Sam Napier was the first person we had any contact with from the BPP. In the winter of 1968 and the spring and fall of '69 we were distributing the Panther paper in Ann Arbor. We talked to him a couple times a week on the phone, then we met him at a meeting in Detroit. Later on he came to AA and helped the Black Berets get set up during the summer of '69. The B.B. was originally founded by Gary Wilson and Vic Grayson. Vic is now one of the Detroit 16. Sam helped the Berets get moving, then came to our house and blew our minds with his endless energy and his clear concise solutions to the problems of Babylon. Sara hipped us to Mao and Lenin and Fanon, he taught us the need for organization and discipline. We were charged with energy for weeks after he left.

We have met many members and former members from the National headquarters staff of the BPP. But none showed us the unity of theory and practice as Brother Sam did. The endless undying love/work for the people that he carried out in his everyday work will always inspire us.

Sam Napier is dead, murdered New York City. But he did not die in vain. The spirit of Sam Napier will live on, and his memory will continue to inspire revolutionaries across the planet.