Leslie Didn't Do It 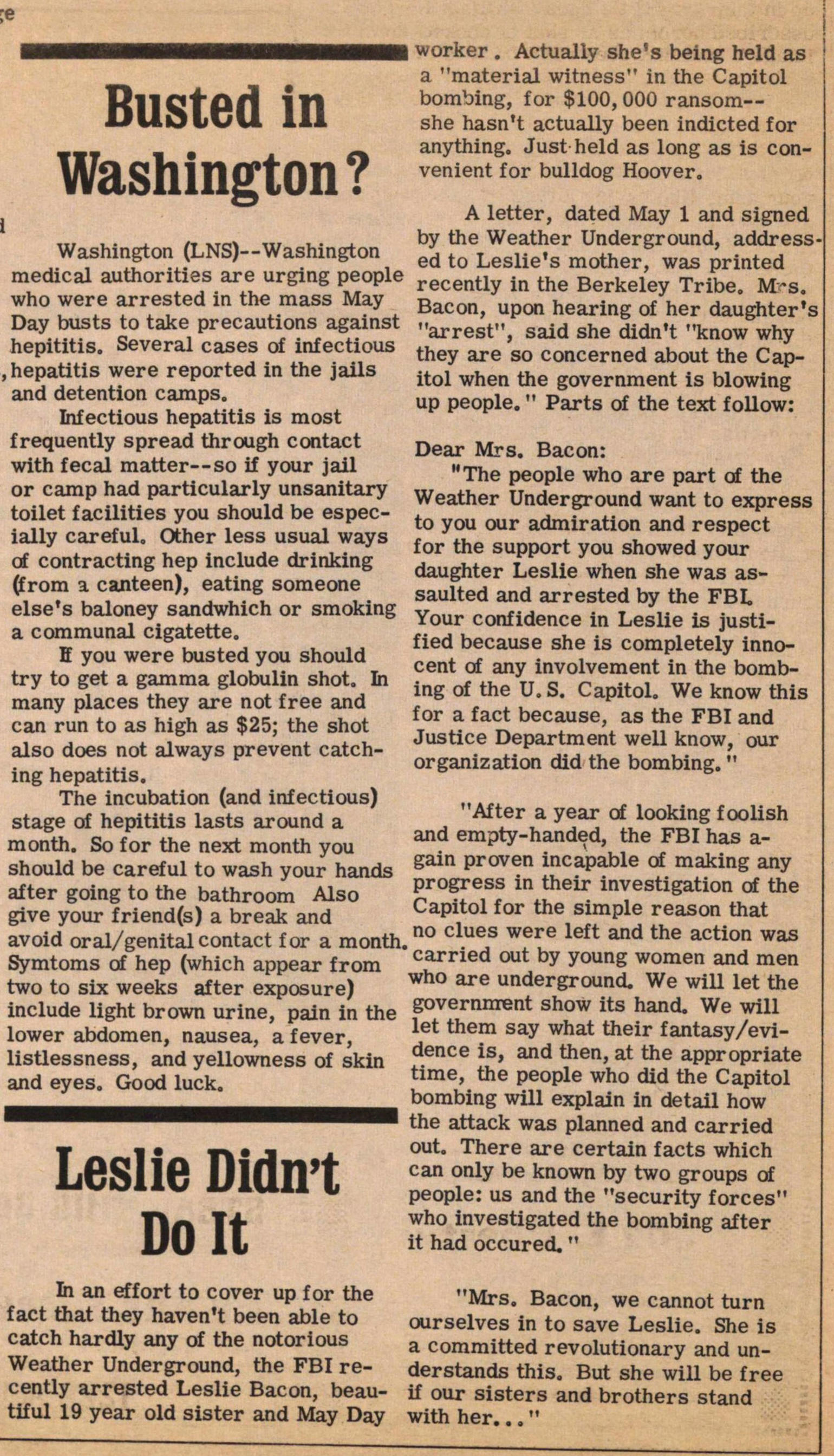 LESLIE DIDN'T DO IT

In an effort to cover up for the fact that they haven't been able to catch hardly any of the notorious Weather Underground, the FBI recently arrested Leslie Bacon, beautiful 19 year old sister and May Day worker. Actually she's being held as a "material witness" in the Capitol bombing, for $100, 000 ransom--she hasn't actually been indicted for anything. Just held as long as is convenient for bulldog Hoover.

A letter, dated May 1 and signed by the Weather Underground, addressed to Leslie's mother, was printed recently in the Berkeley Tribe. Mrs. Bacon, upon hearing of her daughter's "arrest", said she didn't "know why they are so concerned about the Capitol when the government is blowing up people." Parts of the text follow:

"The people who are part of the Weather Underground want to express to you our admiration and respect for the support you showed your daughter Leslie when she was assaulted and arrested by the FBI. Your confidence in Leslie is justified because she is completely innocent of any involvement in the bombing of the U.S. Capitol. We know this for a fact because, as the FBI and Justice Department well know, our organization did the bombing."

"After a year of looking foolish and empty-handed, the FBI has again proven incapable of making any progress in their investigation of the Capitol for the simple reason that no clues were left and the action was carried out by young women and men who are underground. We will let the government show its hand. We will let them say what their fantasy/evidence is, and then, at the appropriate time, the people who did the Capitol bombing will explain in detail how the attack was planned and carried out. There are certain facts which can only be known by two groups of people: us and the "security forces" who investigated the bombing after it had occurred."

"Mrs. Bacon, we cannot turn ourselves in to save Leslie. She is a committed revolutionary and understands this. But she will be free if our sisters and brothers stand with her. . . "