Before And After: The Story Of Larry Belcher 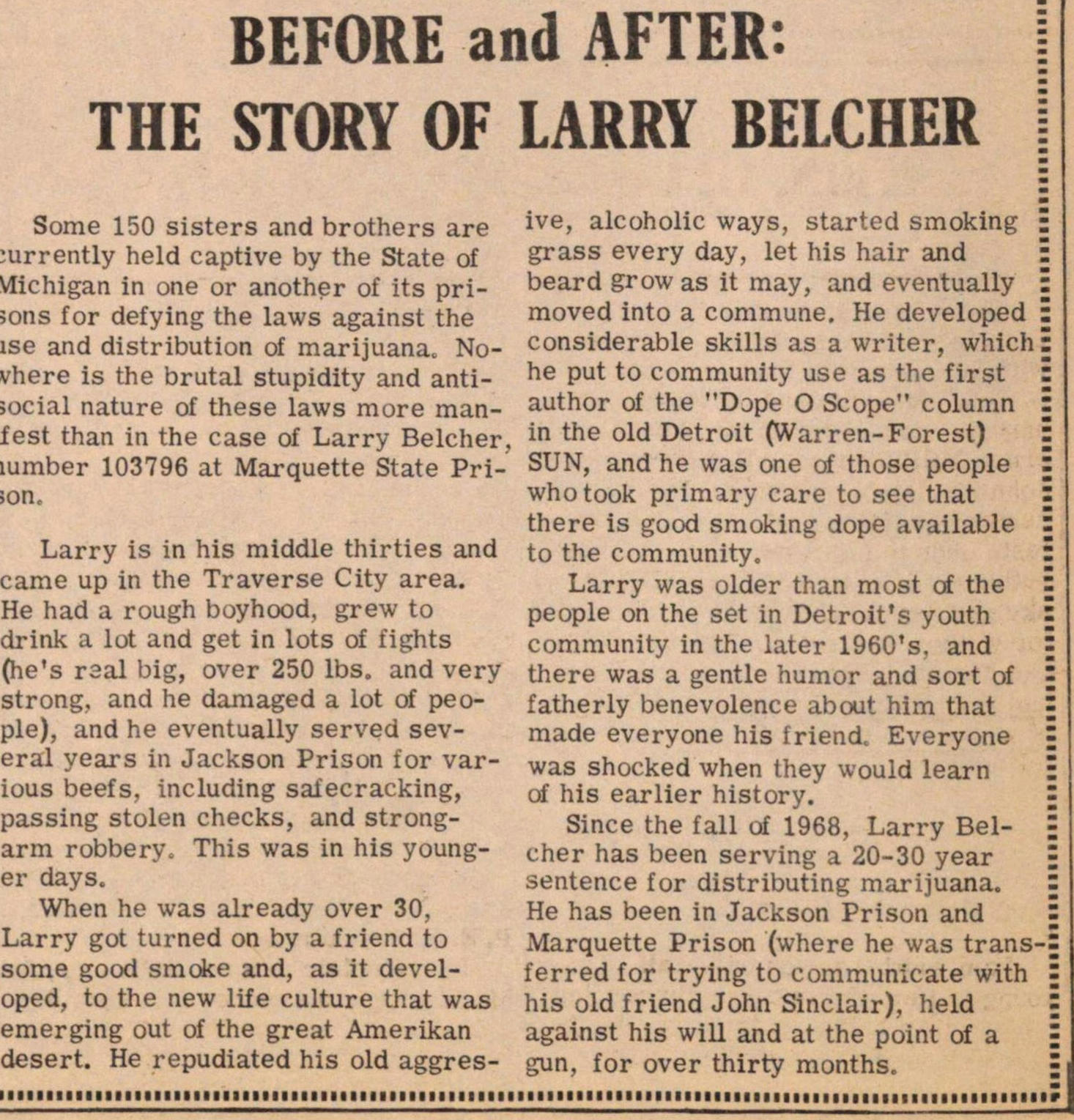 THE STORY OF LARRY BELCHER

Some 150 sisters and brothers are currently held captive by the State of Michigan in one or another of its prisons for defying the laws against the use and distribution of marijuana. Novhere is the brutal stupidity and antisocial nature of these laws more manfest than in the case of Larry Belcher, number 103796 at Marquette State Prison.

Larry is in his middle thirties and came up in the Traverse City area. He had a rough boyhood, grew to drink a lot and get in lots of fights (he's real big, over 250 lbs. and very strong, and he damaged a lot of people), and he eventually served several years in Jackson Prison for various beefs, including safecracking, passing stolen checks, and strong-arm robbery. This was in his younger days.

When he was already over 30, Larry got turned on by a friend to some good smoke and, as it developed, to the new life culture that was emerging out of the great Amerikan desert. He repudiated his old aggressive, alcoholic ways, started smoking grass every day, let his hair and beard grow as it may, and eventually moved into a commune. He developed considerable skills as a writer, which he put to community use as the first author of the "Dope O Scope" column in the old Detroit (Warren-Forest) SUN, and he was one of those people who took primary care to see that there is good smoking dope available to the community.

Larry was older than most of the people on the set in Detroit's youth community in the later 1960's, and there was a gentle humor and sort of fatherly benevolence about him that made everyone his friend. Everyone was shocked when they would learn of his earlier history.

Since the fall of 1968, Larry Belcher has been serving a 20-30 year sentence for distributing marijuana. He has been in Jackson Prison and Marquette Prison (where he was transferred for trying to communicate with his old friend John Sinclair), held against his will and at the point of a gun, for over thirty months.