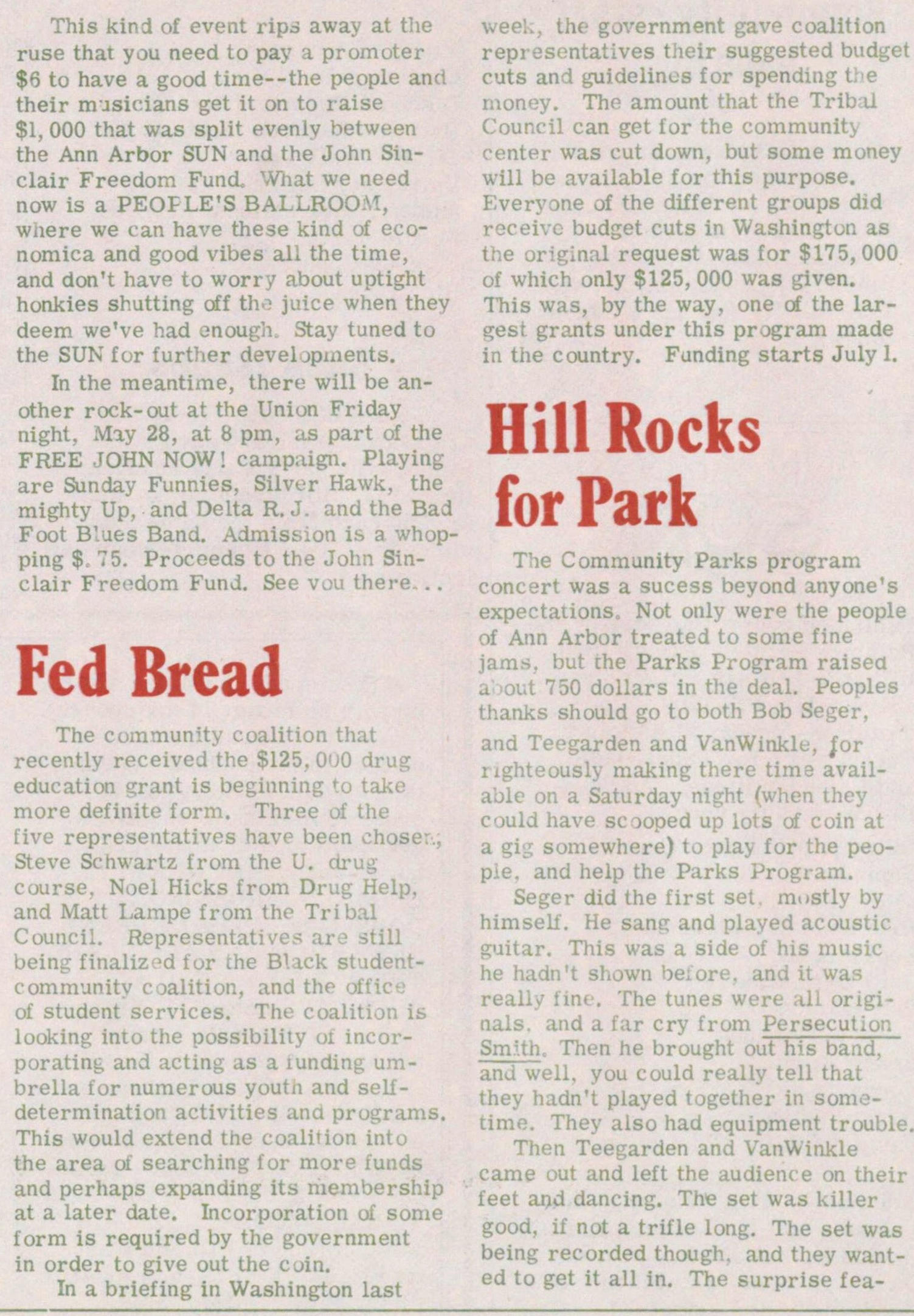 The community coalition that recently received the $125,000 drug education grant is beginning to take more definite form. Three of the five representatives have been chosen; Steve Schwartz from the U. drug course, Noel Hicks from Drug Help, and Matt Lampe from the Tribal Council. Representatives are still being finalized for the Black student-community coalition, and the office of student services. The coalition is looking into the possibility of incorporating and acting as a funding umbrella for numerous youth and self-determination activities and programs. This would extend the coalition into the area of searching for more funds and perhaps expanding its membership at a later date. Incorporation of some form is required by the government in order to give out the coin.

In a briefing in Washington last week, the government gave coalition representatives their suggested budget cuts and guidelines for spending the money. The amount that the Tribal Council can get for the community center was out down, but some money will be available for this purpose. Every one of the different groups did receive budget cuts in Washington as the original request was for $175,000 of which only $125,000 was given. This was, by the way, one of the largest grants under this program made in the country. Funding starts July 1.