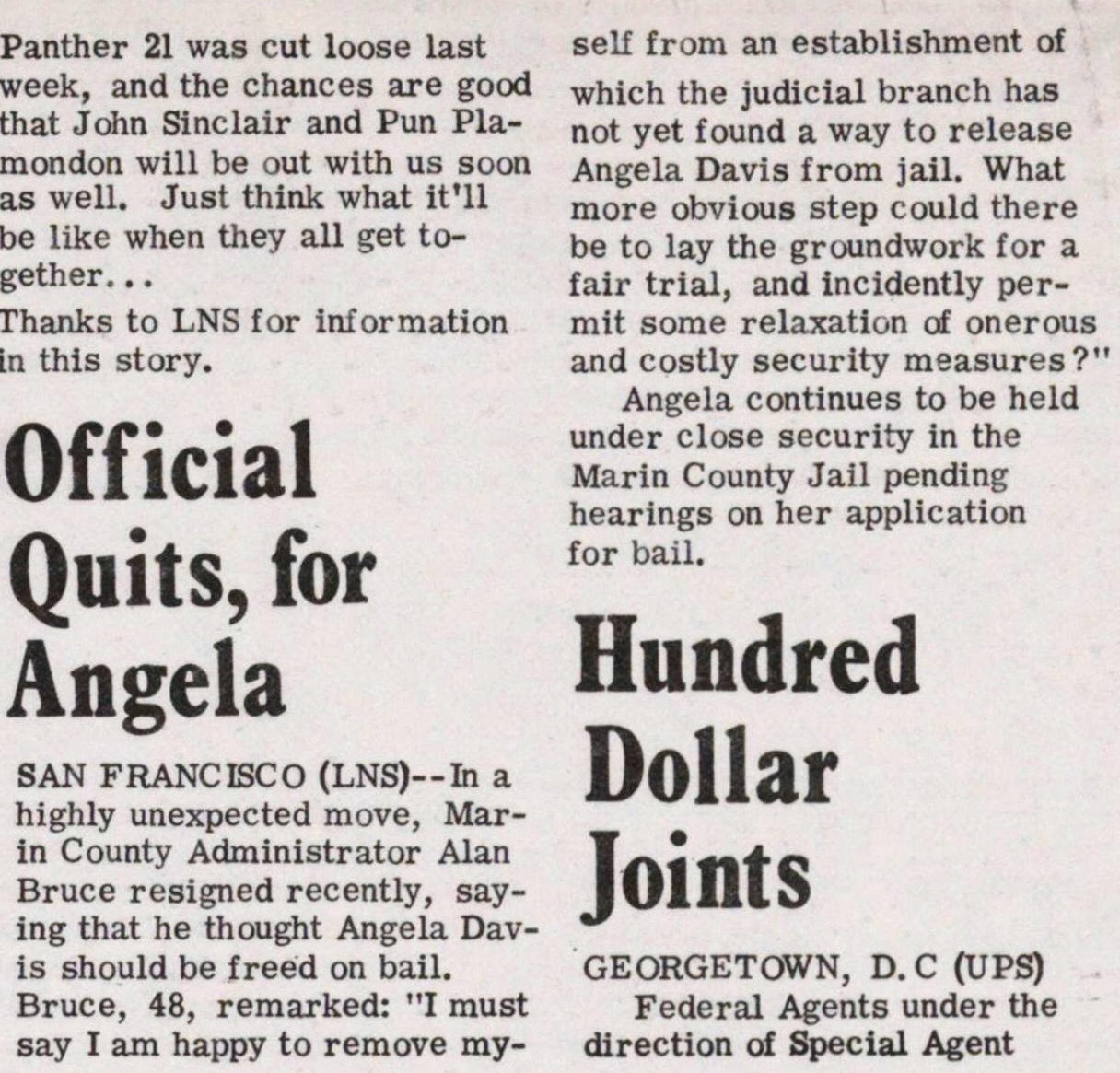 SAN FRANCISCO (LNS)--In a highly unexpected move, Marin County Administrator Alan Bruce resigned recently, saying that he thought Angela Davis should be freed on bail. Bruce, 48, remarked: "I must say I am happy to remove myself from an establishment of which the judicial branch has not yet found a way to release Angela Davis from jail. What more obvious step could there be to lay the groundwork for a fair trial, and incidentally permit some relaxation of onerous and costly security measures?"

Angela continues to be held under close security in the Marin County Jail pending hearings on her application for bail.