[ght af the special nature of this of th... 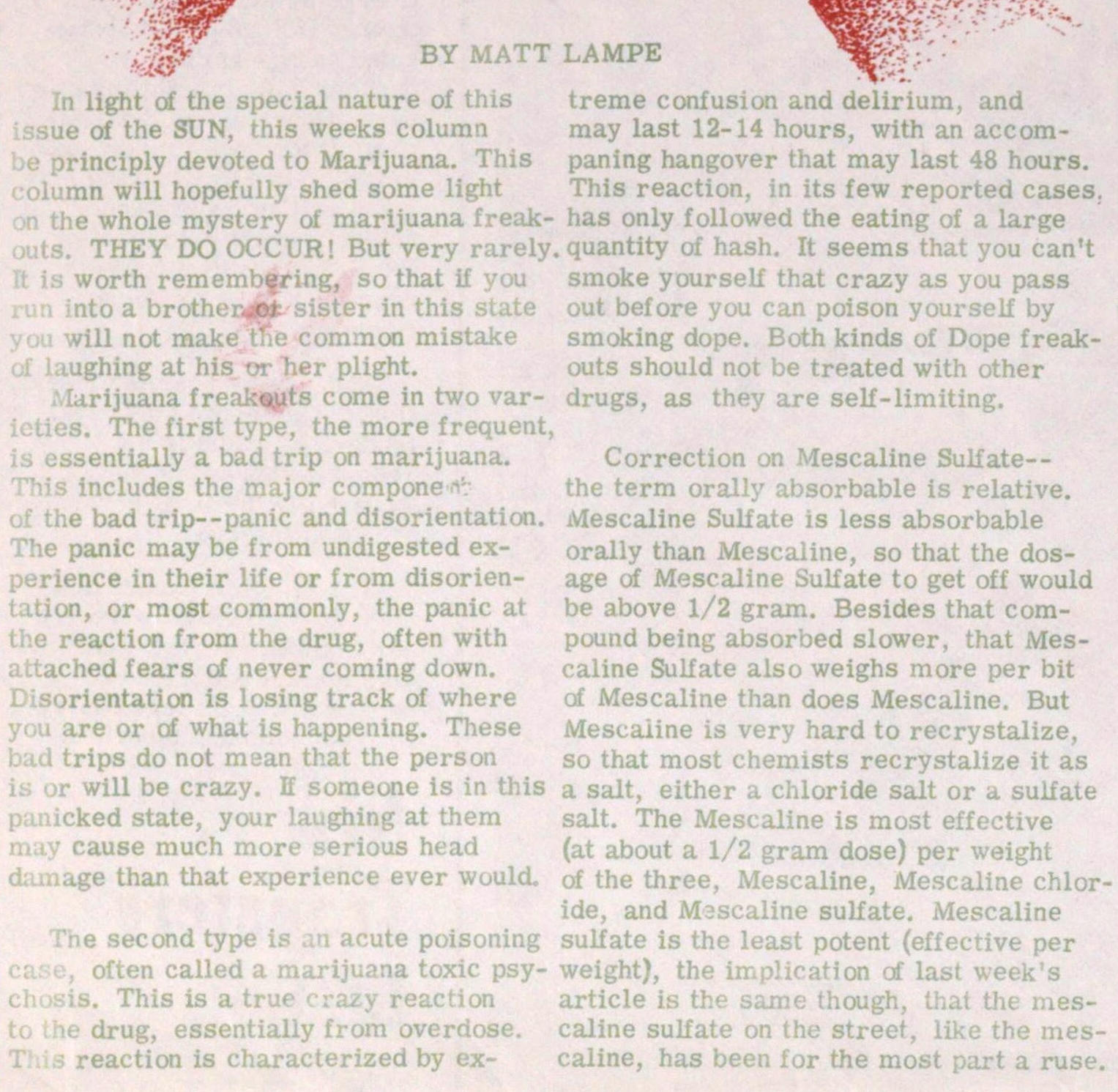 In light of the special nature of this issue of the SUN, this week's column be principally devoted to Marijuana. This column will hopefully shed some light on the whole mystery of marijuana freakouts. THEY DO OCCUR! But very rarely. It is worth remembering, so that if you into a brother or sister in this state you will not make the common mistake of laughing at his or her plight.

Marijuana freakouts come in two varieties. The first type, the more frequent, is essentially a bad trip on marijuana. This includes the major component of the bad trip--panic and disorientation. The panic may be from undigested experience in their life or from disorientation, or most commonly, the panic at the reaction from the drug, often with attached fears of never coming down. Disorientation is losing track of where you are or of what is happening. These bad trips do not mean that the person will be crazy. If someone is in this panicked state, your laughing at them may cause much more serious head damage than that experience ever would.

The second type is an acute poisoning case, often called a marijuana toxic psychosis. This is a true crazy reaction drug, essentially from overdose. This reaction is characterized by extreme confusion and delirium, and may last 12-14 hours, with an accompanying hangover that may last 48 hours. This reaction, in its few reported cases, has only followed the eating of a large quantity of hash. It seems that you can't smoke yourself that crazy as you pass out before you can poison yourself by smoking dope. Both kinds of Dope freakouts should not be treated with other drugs, as they are self-limiting.