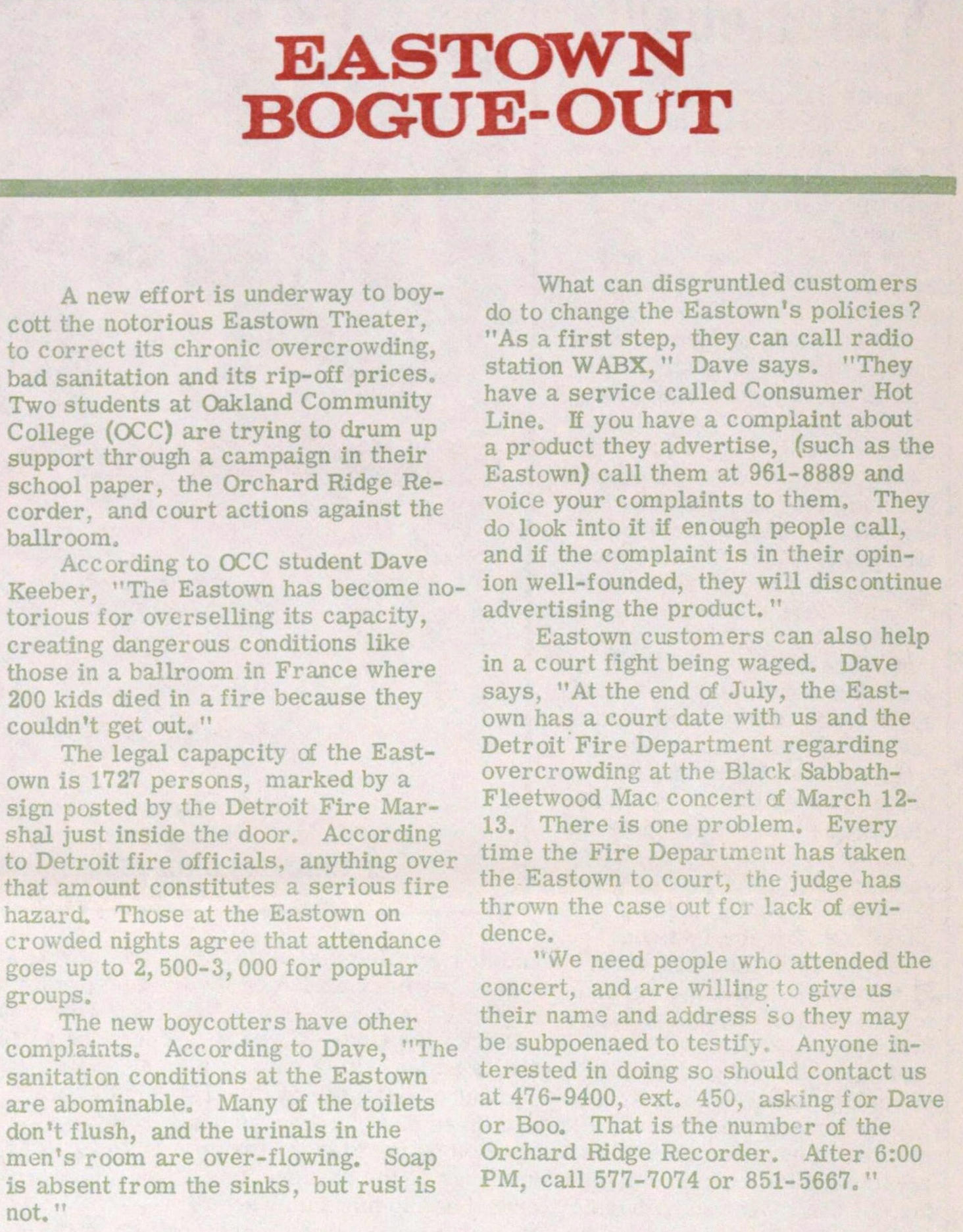 A new effort is underway to boycott the notorious Eastown Theater, to correct its chronic overcrowding, bad sanitation and its rip-off prices. Two students at Oakland Community College (OCC) are trying to drum up support through a campaign in their school paper, the Orchard Ridge Recorder, and court actions against the ballroom.

According to OCC student Dave Keeber, "The Eastown has become notorious for overselling its capacity, creating dangerous conditions like those in a ballroom in France where 200 kids died in a fire because they couldn't get out."

The legal capacity of the Eastown is 1727 persons, marked by a sign posted by the Detroit Fire Marshal just inside the door. According to Detroit fire officials, anything over that amount constitutes a serious fire hazard. Those at the Eastown on crowded nights agree that attendance goes up to 2,500-3,000 for popular groups.

The new boycotters have other complaints. According to Dave, "The sanitation conditions at the Eastown are abominable. Many of the toilets don't flush, and the urinals in the men's room are over-flowing. Soap is absent from the sinks, but rust is not."

What can disgruntled customers do to change the Eastown's policies? "As a first step, they can call radio station WABX, " Dave says. "They have a service called Consumer Hot Line. If you have a complaint about a product they advertise, (such as the Eastown) call them at 961-8889 and voice your complaints to them. They do look into it if enough people call, and if the complaint is in their opinion well-founded, they will discontinue advertising the product."

Eastown customers can also help in a court fight being waged. Dave says, "At the end of July, the Eastown has a court date with us and the Detroit Fire Department regarding overcrowding at the Black Sabbath-Fleetwood Mac concert of March 12-13. There is one problem. Every time the Fire Department has taken the Eastown to court, the judge has thrown the case out for lack of evidence.