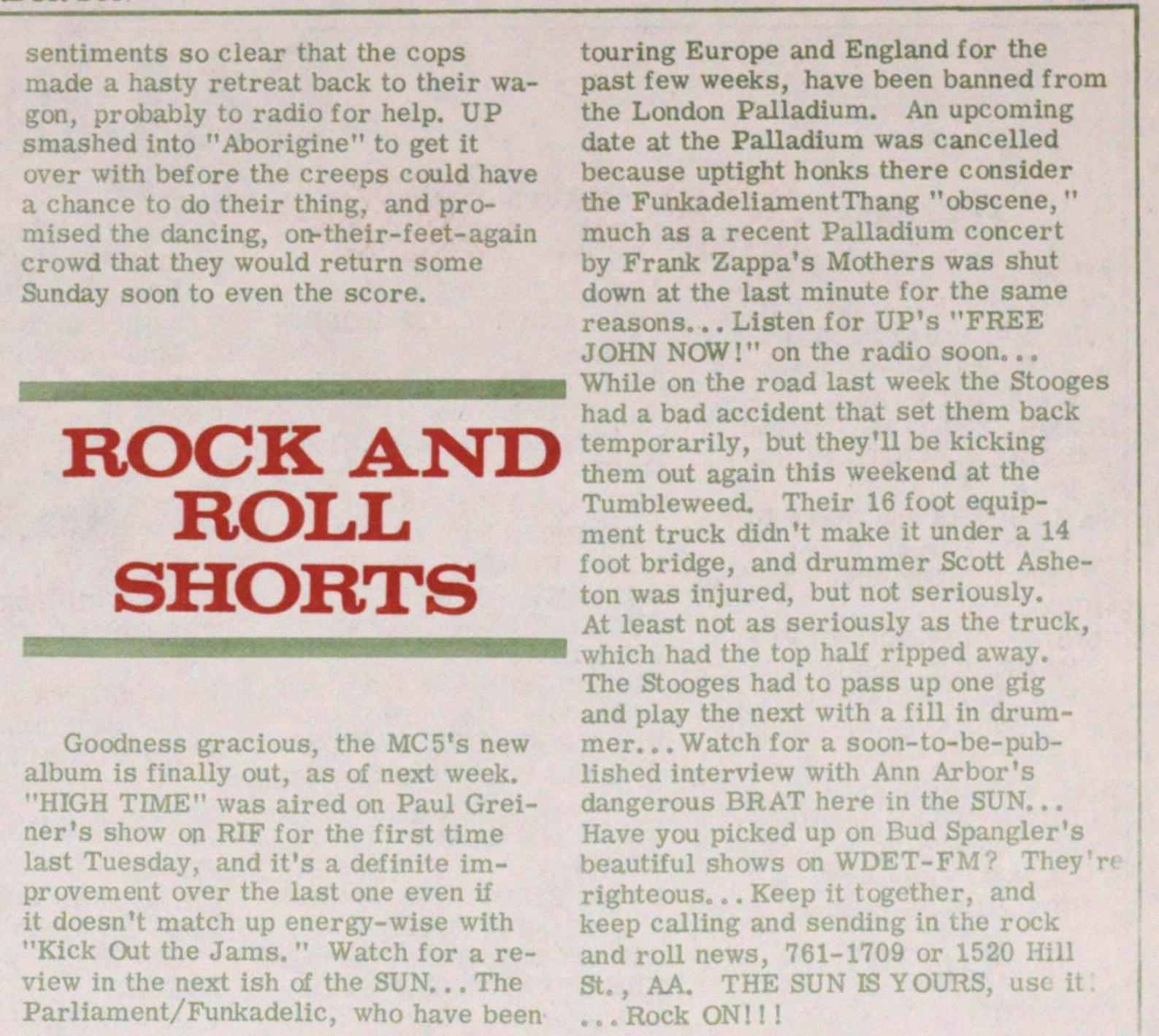 Goodness gracious, the MC5's new album is finally out, as of next week. "HIGH TIME" was aired on Paul Greiner's show on RIF for the first time last Tuesday, and it's a definite improvement over the last one even if it doesn't match up energy-wise with "Kick Out the Jams." Watch for a review in the next ish of the SUN. . . The Parliament/Funkadelic, who have been touring Europe and England for the past few weeks, have been banned from the London Palladium. An upcoming date at the Palladium was cancelled because uptight honks there consider the Funkadeliament Thang "obscene," much as a recent Palladium concert by Frank Zappa's Mothers was shut down at the last minute for the same reasons. . . Listen for UP's "FREE JOHN NOW!" on the radio soon. . . While on the road last week the Stooges had a bad accident that set them back temporarily, but they'll be kicking them out again this weekend at the Tumbleweed. Their 16 foot equipment truck didn't make it under a 14 foot bridge, and drummer Scott Asheton was injured, but not seriously. At least not as seriously as the truck, which had the top half ripped away. The Stooges had to pass up one gig and play the next with a fill in drummer. . . Watch for a soon-to-be-published interview with Ann Arbor's dangerous BRAT here in the SUN. . . Have you picked up on Bud Spangler's beautiful shows on WDET-FM? They're righteous. . . Keep it together, and keep calling and sending in the rock and roll news, 761-1709 or 1520 Hill St., AA. THE SUN E YOURS, use it...Rock ON!!!