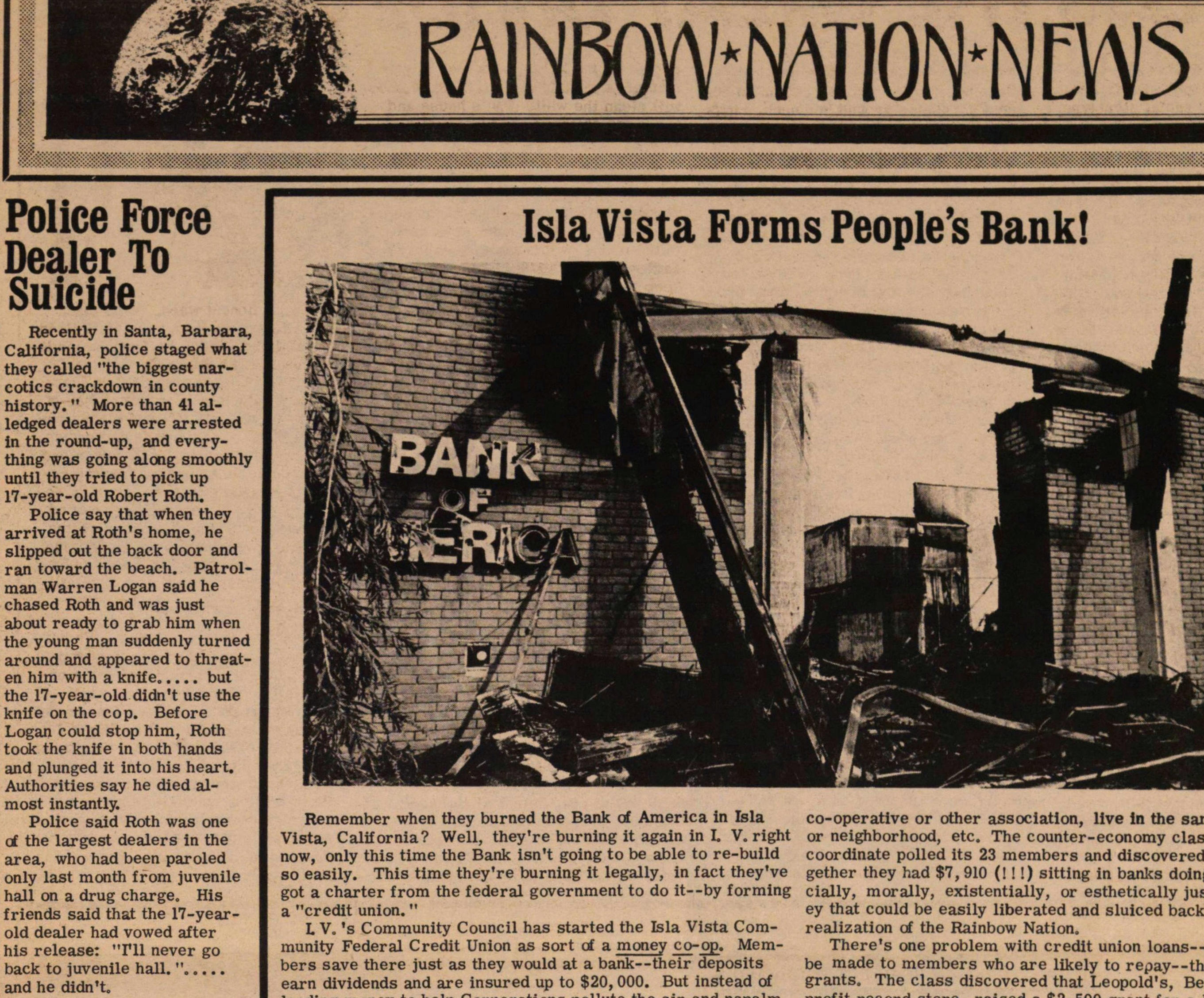 Recently in Santa, Barbara, California, pólice staged what they called "the biggest narcotics crackdown in county history. " More than 41 alledged dealers were arrested in the round-up, and everything was going along smoothly until they tried to piek up 17-year-old Robert Roth. Pólice say that when they arrived at Roth's home, he slipped out the back door and ran toward the beach. Patrolman Warren Logan said he chased Roth and was just about ready to grab him when the young man suddenly turned around and appeared to threaten him with a knif e but the 17-year-old didn't use the knif e on the cop. Bef ore Logan could stop him, Roth took the knif e in both hands and plunged it into his heart. Authorities say he died almost instantly. Pólice said Roth was one of the largest dealers in the area, who had been paroled only last month from juvenile hall on a drug charge. His friends said that the 17-yearold dealer had vowed after his release: 'Til never go back to juvenile hall. " and he didn't.