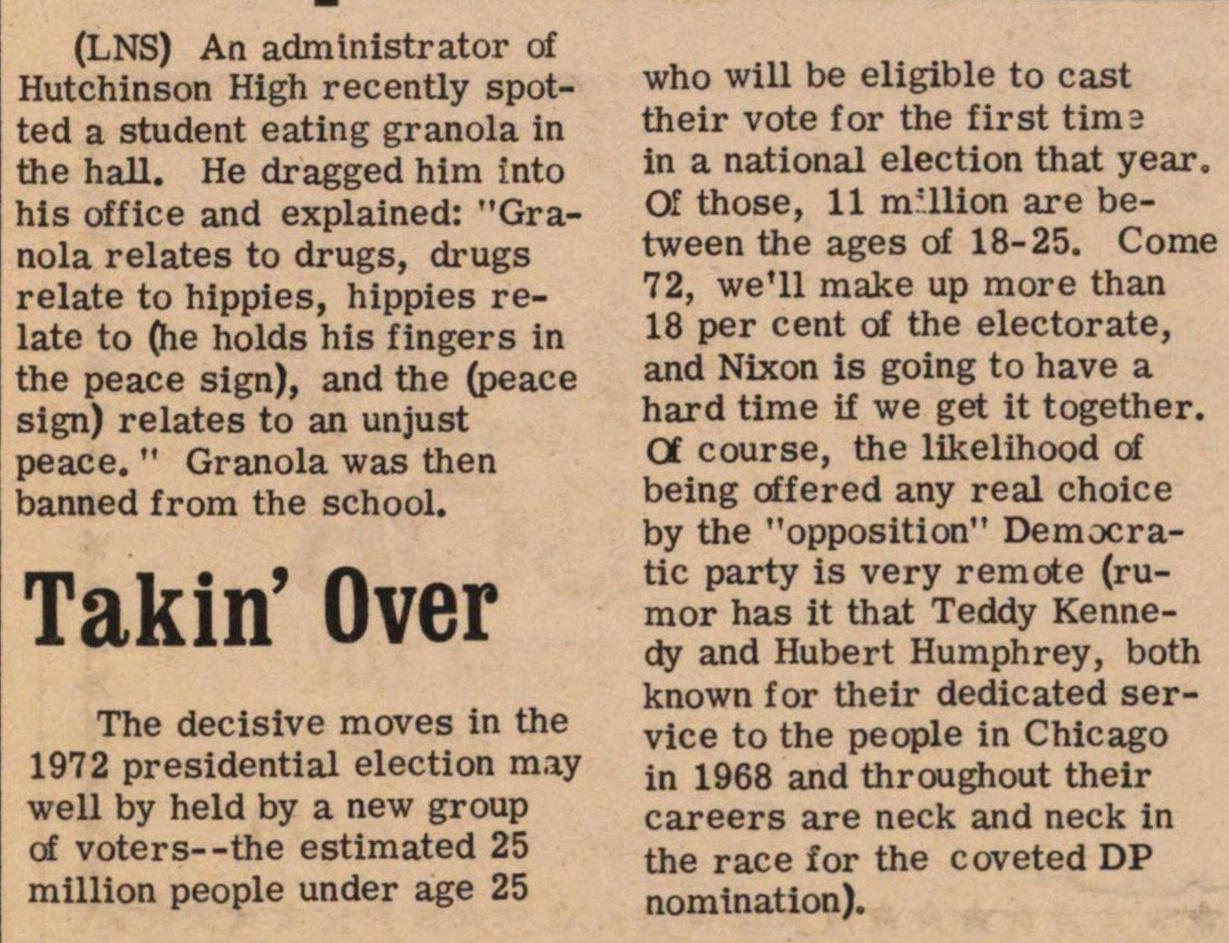 The decisive moves in the 1972 presidential election may well by held by a new group oí voters--the estimated 25 million people under age 25 who will be eligible to cast their vote for the first tima in a national election that year. Of those, 11 nrllion are between the ages of 18-25. Come 72, we'll make up more than 18 per cent of the electorate, and Nixon is going to have a hard time if we get it together. Of course, the likelihood of being offered any real choice by the "opposition" Democratie party is very remote (rumor has it that Teddy Kennedy and Hubert Humphrey, both known for their dedicated service to the people in Chicago in 1968 and throughout their careers are neck and neck in the race for the coveted DP nomination).