Michigan Number One In Nation 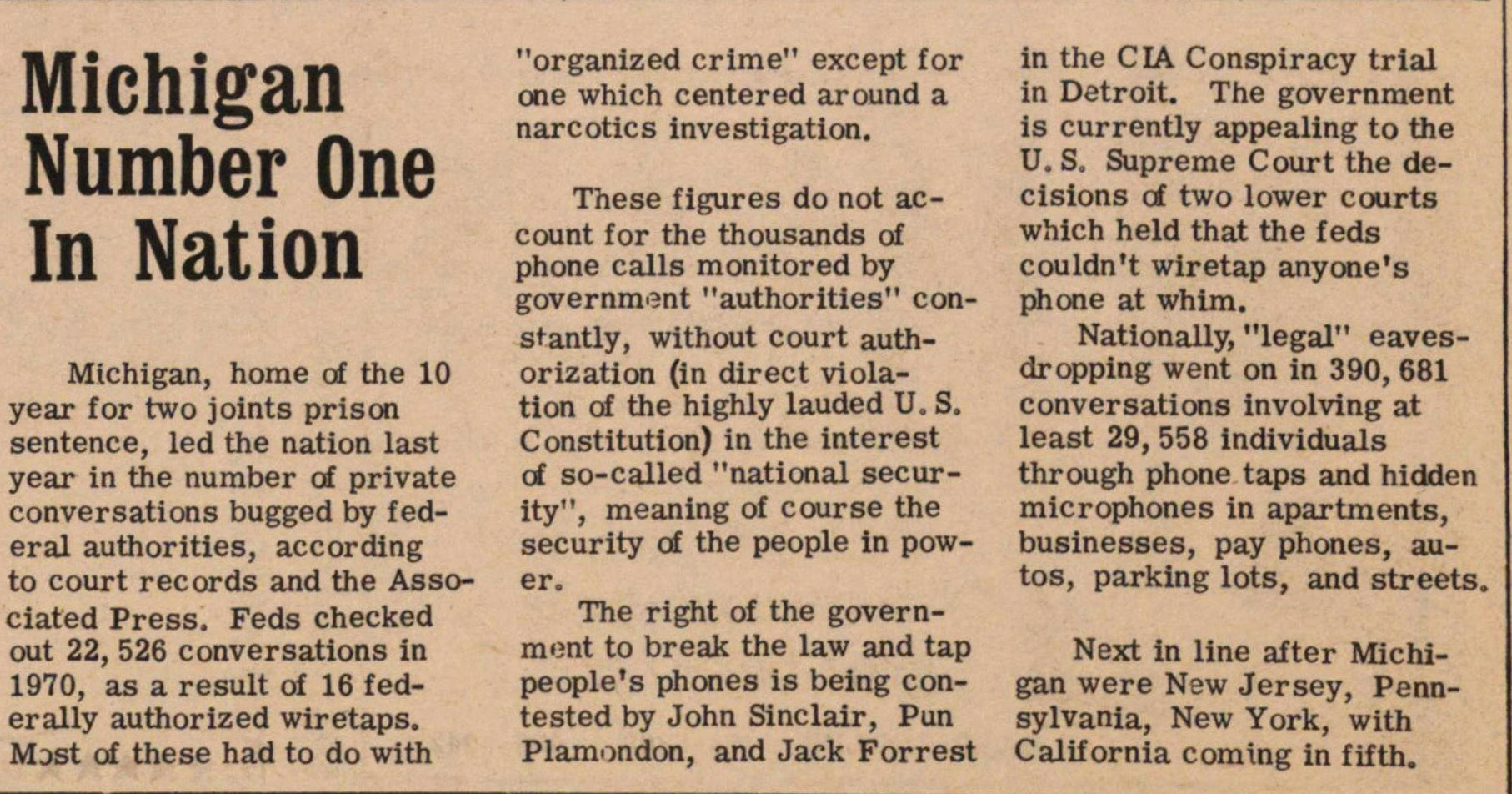 Michigan, home af the 10 year for two joints prison sentence, led the nation last year in the number of private conversations bugged by federal authorities, according to court records and the Associated Press. Feds checked out 22, 526 conversations in 1970, as a result of 16 federally authorized wiretaps. Most of these had to do with "organized crime" except for one which centered around a narcotics investigation. These figures do not account for the thousands of phone calis monitored by governmnt "authorities" constantly, without court authorization (in direct violation of the highly lauded U. S. Constitution) in the interest of so-called "national security", meaning of course the security oí the people in power. The right of the governmont to break the law and tap people's phones is being contested by John Sinclair, Pun Plamondon, and Jack Forrest in the CIA Conspiracy trial in Detroit. The government is currently appealing to the U. S. Supreme Court the decisions oí two lower courts which held that the feds couldn't wiretap anyone's phone at whim. Nationally, "legal" eavesdropping went on in 390, 681 conversations involving at least 29, 558 individuals through phone taps and hidden microphones in apartments, businesses, pay phones, autos, parking lots, and streets. Next in line after Michigan were New Jersey, Pennsylvania, New York, with California coming in fifth.