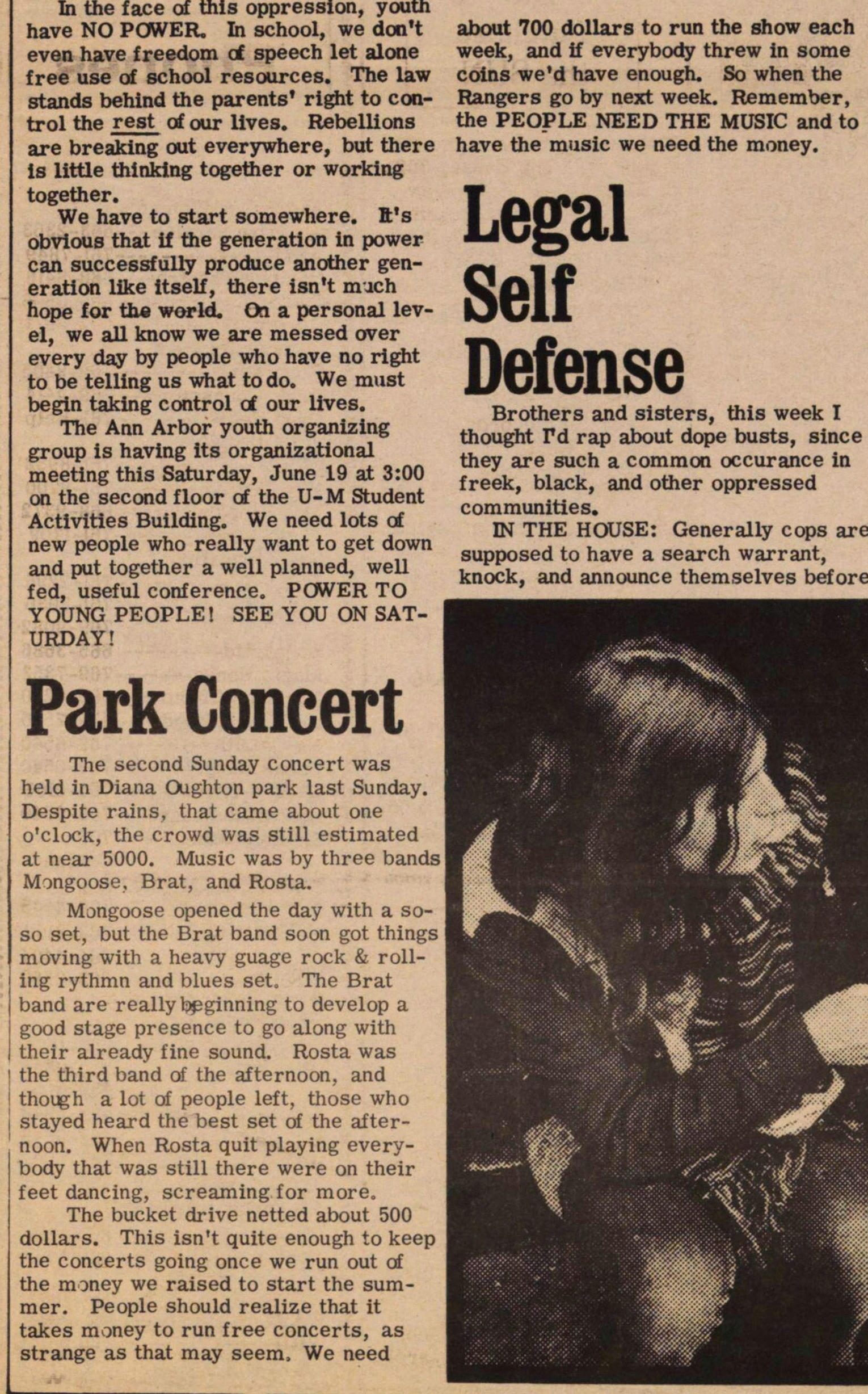 The second Sunday concert was held in Diana Oughton park last Sunday. Despite rains, that came about one o'clock, the crowd was still estimated at near 5000. Music was by three bands Mongoose. Brat, and Rosta.

Mongoose opened the day with a so-so set, but the Brat band soon got things moving with a heavy gauge rock & rolling rhythm and blues set. The Brat band are really beginning to develop a good stage presence to go along with their already fine sound. Rosta was the third band of the afternoon, and though a lot of people left, those who stayed heard the best set of the afternoon. When Rosta quit playing everybody that was still there were on their feet dancing, screaming for more.

The bucket drive netted about 500 dollars. This isn't quite enough to keep the concerts going once we run out of the money we raised to start the summer. People should realize that it takes money to run free concerts, as strange as that may seem. We need about 700 dollars to run the show each week, and if everybody threw in some coins we'd have enough. So when the Rangers go by next week. Remember, the PEOPLE NEED THE MUSIC and to have the music we need the money.