Rainbow People Rock On For John 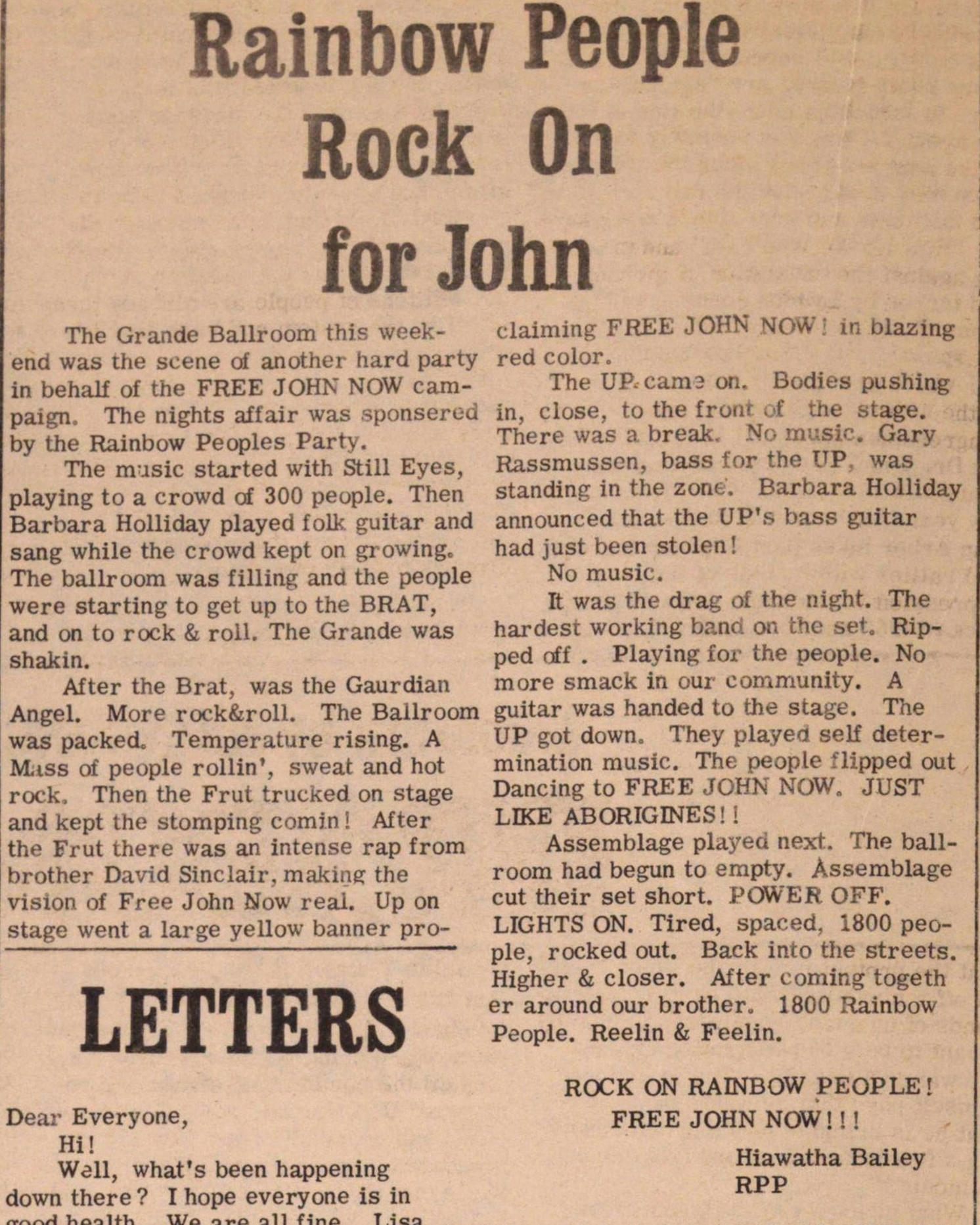 The Grande Ballroom this weekend was the scene of another hard party in behalf of the FREE JOHN NOW campaign. The nights affair was sponsored by the Rainbow Peoples Party.

The music started with Still Eyes, playing to a crowd of 300 people. Then Barbara Holliday played folk guitar and sang while the crowd kept on growing. The ballroom was filling and the people were starting to get up to the BRAT, and on to rock & roll. The Grande was shakin.

After the Brat, was the Gaurdian Angel. More rock&roll. The Ballroom was packed. Temperature rising. A Mass of people rollin', sweat and hot rock. Then the Frut trucked on stage and kept the stomping comin! After the Frut there was an intense rap from brother David Sinclair, making the vision of Free John Now real. Up on stage went a large yellow banner pro-

The UP came on. Bodies pushing in, close, to the front of the stage. There was a break. No music. Gary Rassmussen, bass for the UP, was standing in the zone. Barbara Holliday announced that the UP's bass guitar had just been stolen!

It was the drag of the night. The hardest working band on the set. Ripped off . Playing for the people. No more smack in our community. A guitar was handed to the stage. The UP got down. They played self determination music. The people flipped out Dancing to FREE JOHN NOW. JUST LIKE ABORIGINES!!

Assemblage played next. The ballroom had begun to empty. Assemblage cut their set short. POWER OFF. LIGHTS ON. Tired, spaced, 1800 people, rocked out. Back into the streets. Higher & closer. After coming together around our brother. 1800 Rainbow People. Reelin & Feelin.