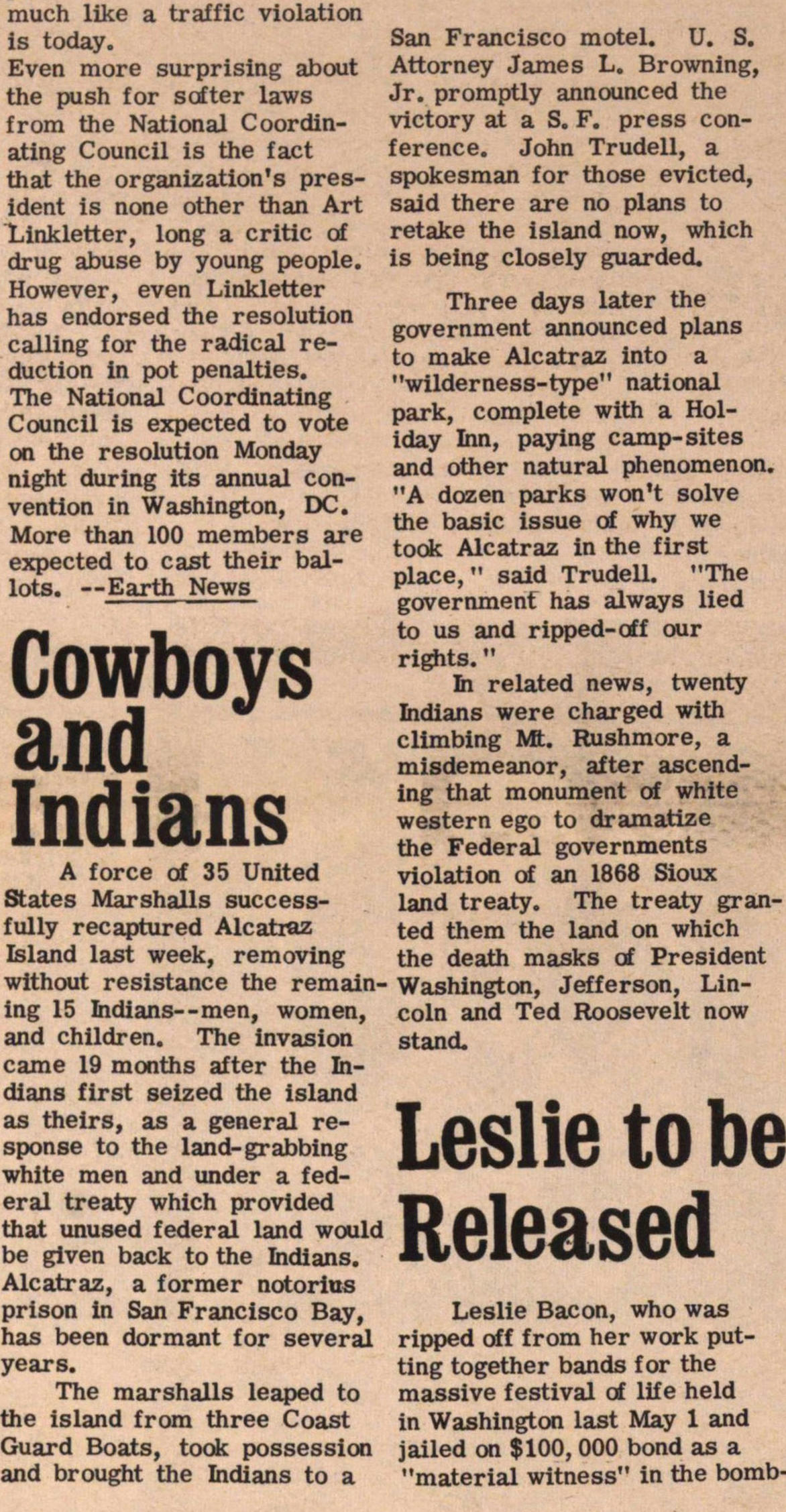 A force of 35 United States Marshalls successfully recaptured Alcatraz Island last week, removing without resistance the remaining 15 Indians--men, women, and children. The invasion carne 19 months after the Indians first seized the island as theirs, as a general response to the land-grabbing white men and under a federal treaty which provided that unused federal land would be given back to the Indians. Alcatraz, a former notorius prison in San Francisco Bay, has been dormant for several years. The marshalls leaped to the island from three Coast Guard Boats, took possession and brought the Indians to a San Francisco motel. U.S. Attorney James L. Browning, Jr. promptly announced the victory at a S.F. press conference. John Trudell, a spokesman for those evicted, said there are no plans to retake the island now, which is belng closely guarded.

Three days later the government announced plans to make Alcatraz into a "wilderness-type" national park, complete with a Holiday Inn, paying camp-sites and other natural phenomenon. "A dozen parks won't solve the basic issue of why we took Alcatraz in the first place," said Trudell. "The government has always lied to us and ripped-off our rights. "

In related news, twenty Indians were charged with climbing Mt. Rushmore, a misdemeanor, after ascending that monument of white western ego to dramatize the Federal governments violation of an 1868 Sioux land treaty. The treaty granted them the land on which the death masks of President Washington, Jefferson, Lincoln and Ted Roosevelt now stand.