Leslie To Be Released 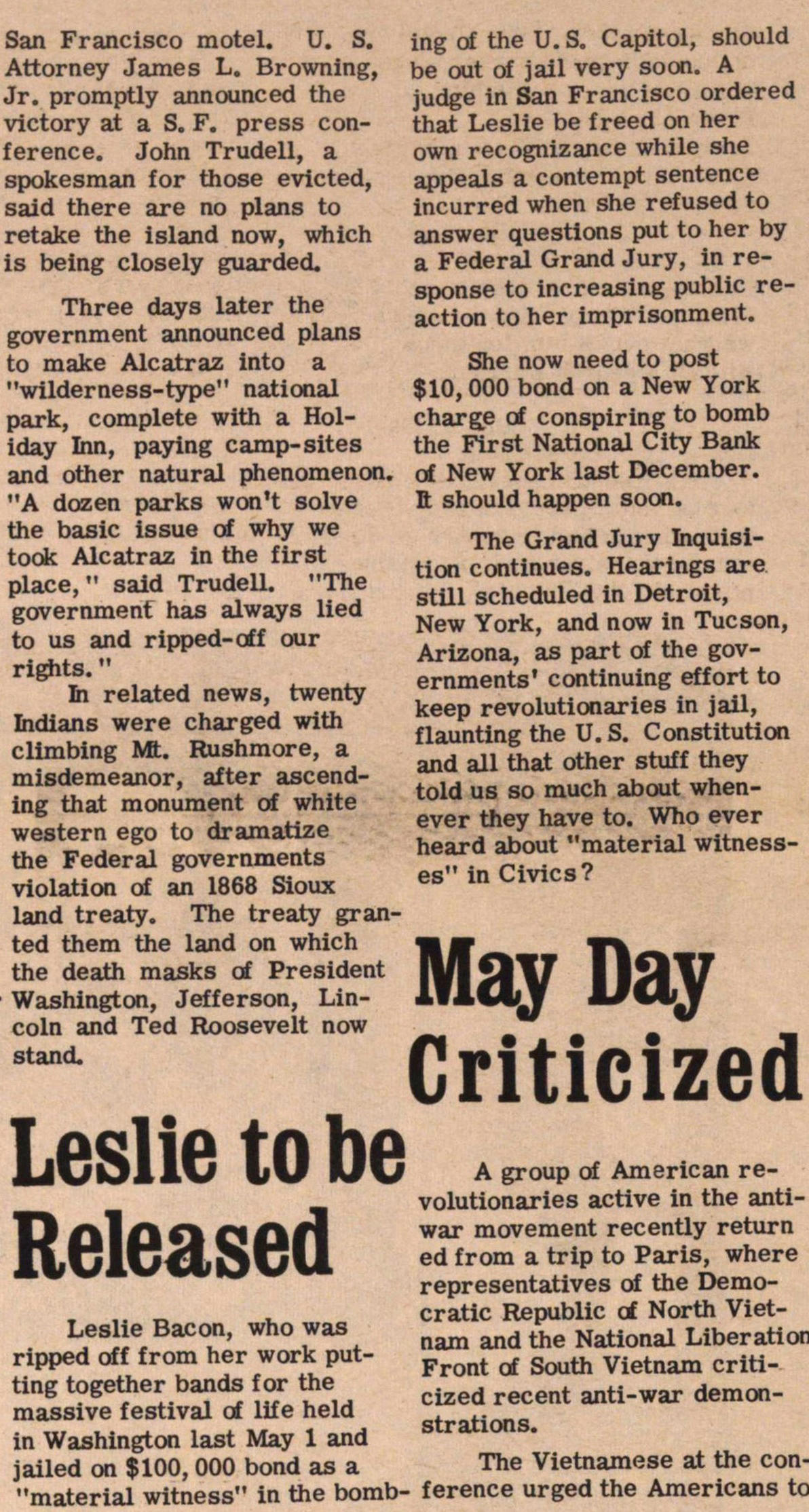 Leslie to be Released

Leslie Bacon, who was ripped off from her work putting together bands for the massive festival of life held in Washington last May 1 and jailed on $100,000 bond as a "material witness" in the bombing of the U.S. Capítol, should be out of jail very soon. A judge in San Francisco ordered that Leslie be freed on her own recognizance while she appeals a contempt sentence incurred when she refused to answer questions put to her by a Federal Grand Jury, in response to increasing public reaction to her imprisonment.

She now need to post $10,000 bond on a New York charge of conspiring to bomb the First National City Bank of New York last December. It should happen soon.

The Grand Jury Inquisition continues. Hearings are still scheduled in Detroit, New York, and now in Tucson, Arizona, as part of the governments' continuing effort to keep revolutionaries in jail, flaunting the U.S. Constitution and all that other stuff they told us so much about whenever they have to. Who ever heard about "material witnesses" in Civics?