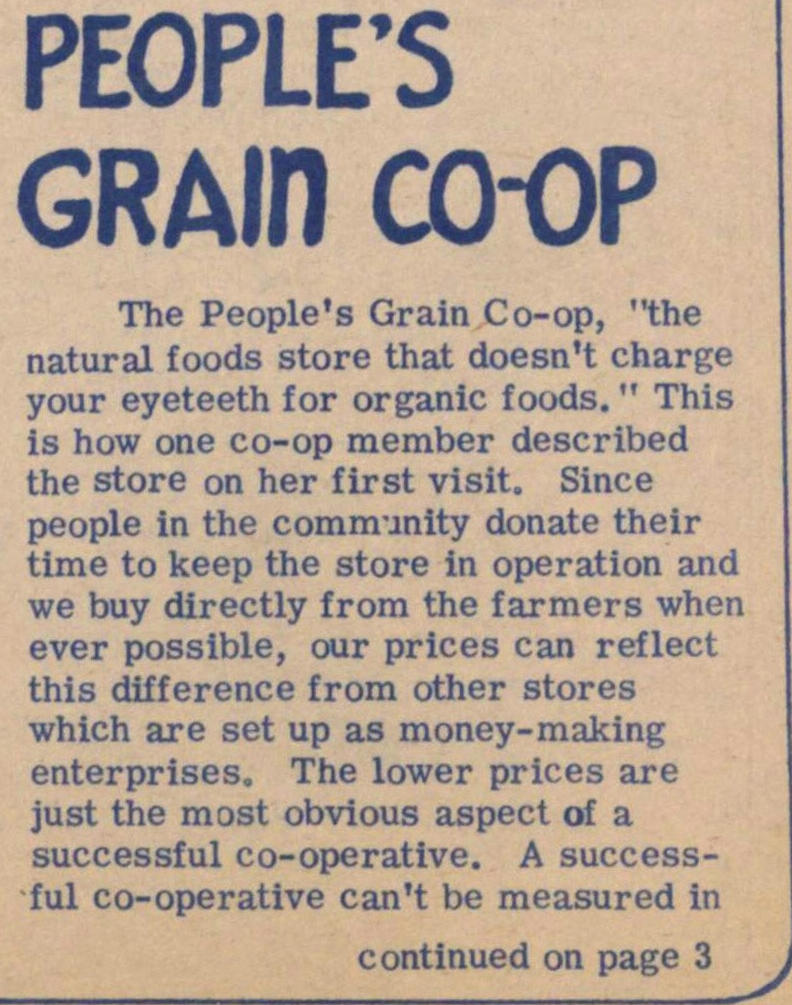 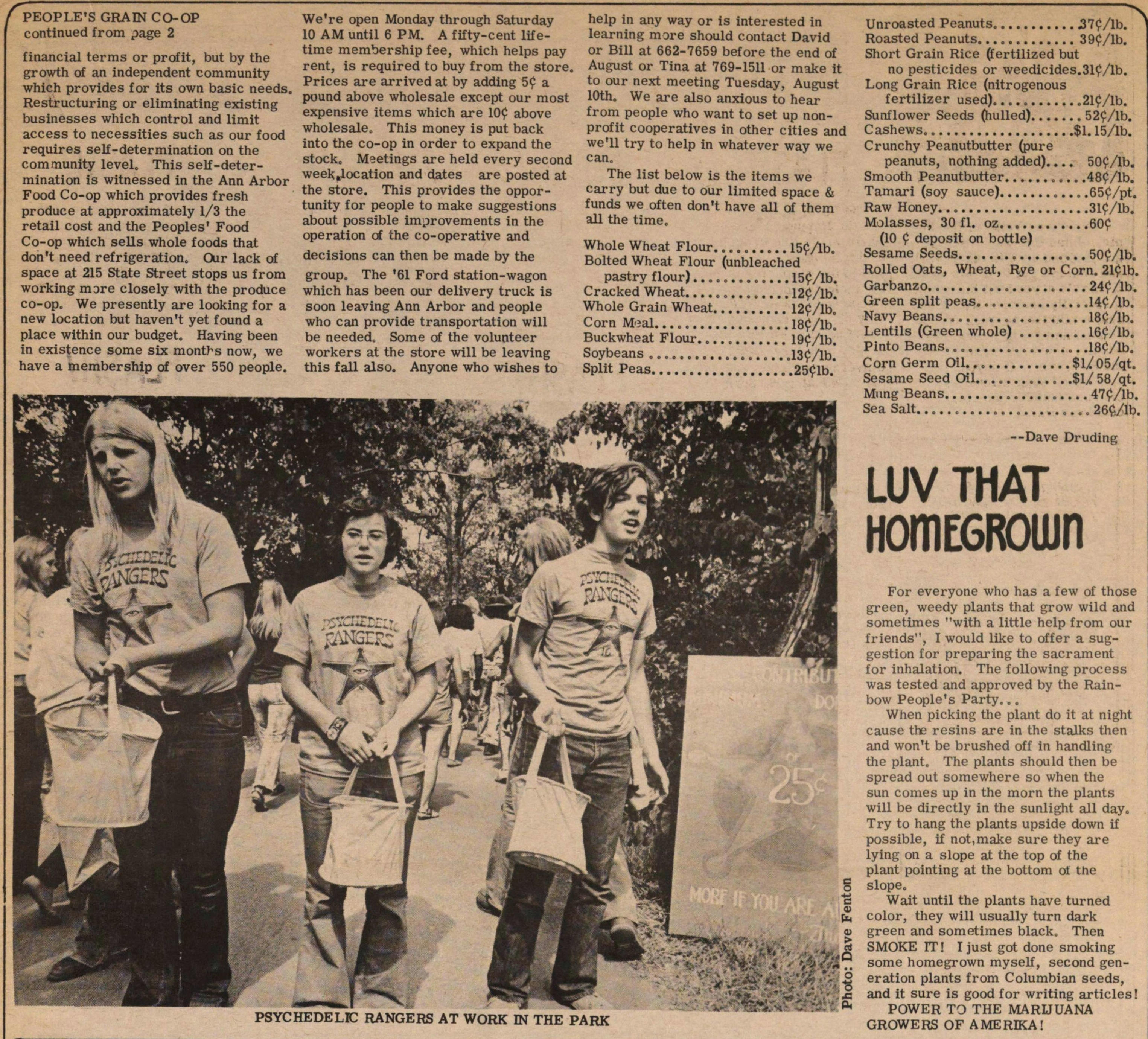 The People's Grain Co-op, "the natural foods store that doesn't charge your eyeteeth for organic foods." This is how one co-op member described the store on her first visit. Since people in the community donate their time to keep the store in operation and we buy directly from the farmers when ever possible, our prices can reflect this difference from other stores which are set up as money-making enterprises. The lower prices are just the most obvious aspect of a successful co-operative. A successful co-operative can't be measured in

financial terms or profit, but by the growth of an independent community which provides for its own basic needs. Restructuring or eliminating existing businesses which control and limit access to necessities such as our food requires self-determination on the community level. This self-determination is witnessed in the Ann Arbor Food Co-op which provides fresh produce at approximately 1/3 the retail cost and the Peoples' Food Co-op which sells whole foods that don't need refrigeration. Our lack of space at 215 State Street stops us from working mare closely with the produce co-op. We presently are looking for a new location but haven't yet found a place within our budget. Having been in existence some six months now, we have a membership of over 550 people. We're open Monday through Saturday 10 AM until 6 PM. A fifty-cent lifetime membership fee, which helps pay rent, is required to buy from the store. Prices are arrived at by adding 5 cents a pound above wholesale except our most expensive items which are 10 cents above wholesale. This money is put back into the co-op in order to expand the stock. Meetings are held every second week, location and dates are posted at the store. This provides the opportunity for people to make suggestions about possible improvements in the operation of the co-operative and decisions can then be made by the group. The '61 Ford station-wagon which has been our delivery truck is soon leaving Ann Arbor and people who can provide transportation will be needed. Some of the volunteer workers at the store will be leaving this fall also. Anyone who wishes to help in any way or is interested in learning more should contact David or Bill at 662-7659 before the end of August or Tina at 769-1511 or make it to our next meeting Tuesday, August 10th. We are also anxious to hear from people who want to set up nonprofit cooperatives in other cities and we'll try to help in whatever way we can.

The list below is the items we carry but due to our limited space & funds we often don't have all of them all the time.

Short Grain Rice (fertilized but no pesticides or weedicides 31 cents/lb.