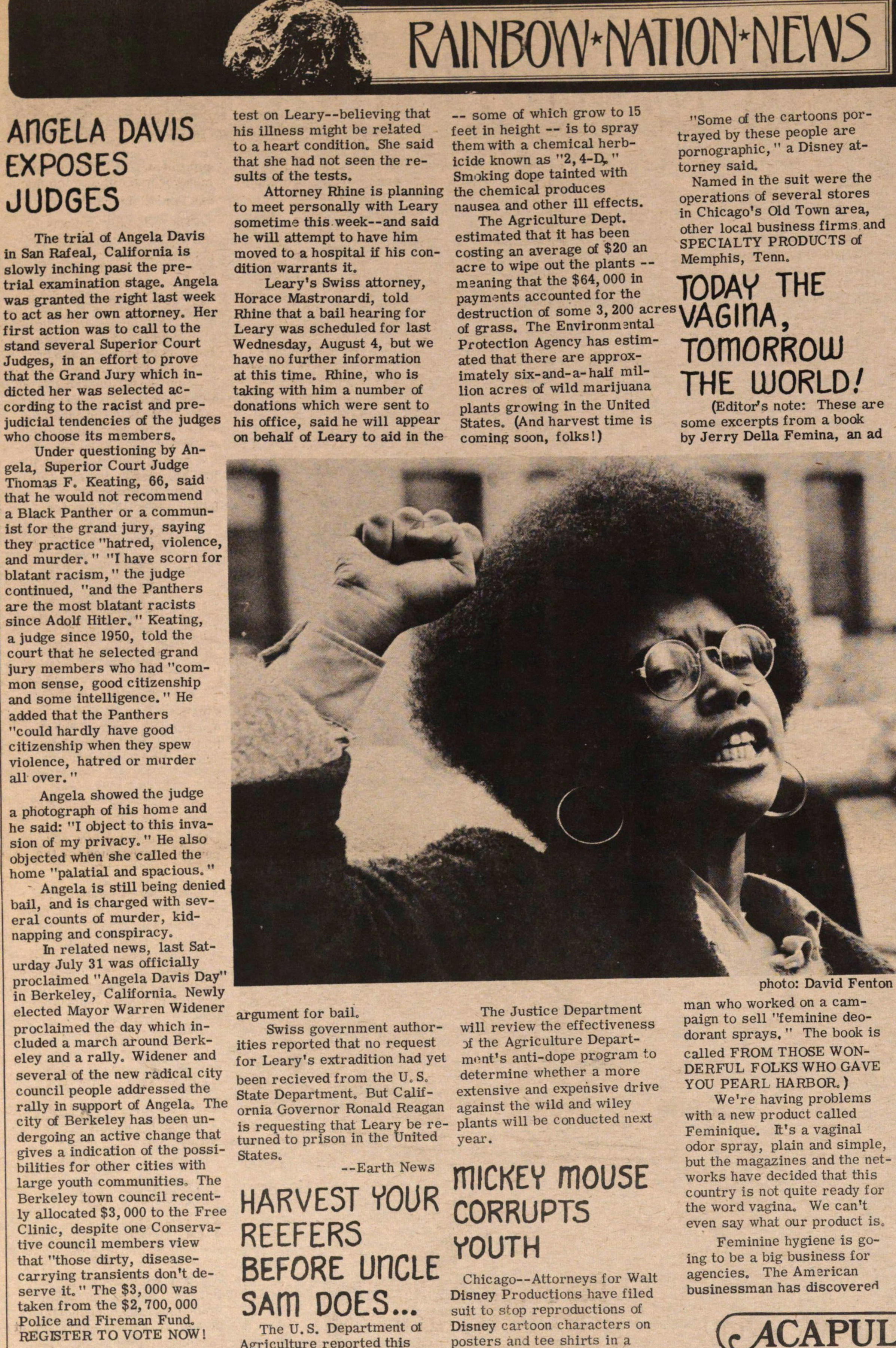 The trial of Angela Davis in San Rafeal, California is slowly inching past the pretrial examination stage. Angela was granted the right last week to act as her own attorney. Her first action was to cali to the stand several Superior Court Judges, in an effort to prove that the Grand Jury which indicted her was selected according to the racist and prejudicial tendencies of the judges who choose its members. Under questioning by Angela, Superior Court Judge Thomas F. Keating, 66, said that he would not recommend a Black Panther or a communist for the grand jury, saying they practice "hatred, violence, and murder. " "I have scorn for blatant racism," the judge continued, "and the Panthers are the most blatant racists since Adolf Hitler. " Keating, a judge since 1950, told the court that he selected grand jury members who had "common sense, good citizenship and some intelligence. " He added that the Panthers "could hardly have good citizenship when they spew violence, hatred or murder all over. " Angela showed the judge a photograph of his home and he said: "I object to this invasión of my privacy. " He also objected when she called the home "palatial and spacious. " - Angela is still being denied bail, and is charged with several counts of murder, kidnapping and conspiracy. In related news, last Saturday July 31 was officially proclaimed "Angela Davis Day" in Berkeley, California. Newly elected Mayor Warren Widener proclaimed the day which included a march around Berkeley and a rally. Widener and several of the new radical city council people addressed the rally in support of Angela. The city of Berkeley has been undergoing an active change that gives a indication of the possibilities for other cities with large youth communities, The Berkeley town council recently allocated $3, 000 to the Free C linie, despite one Uve council members view that "those dirty, diseasecarrying transients don't deserve it. " The $3, 000 was taken from the $2, 700, 000 Pólice and Fireman Futid. RÉGETE R TO VOTE NOW!