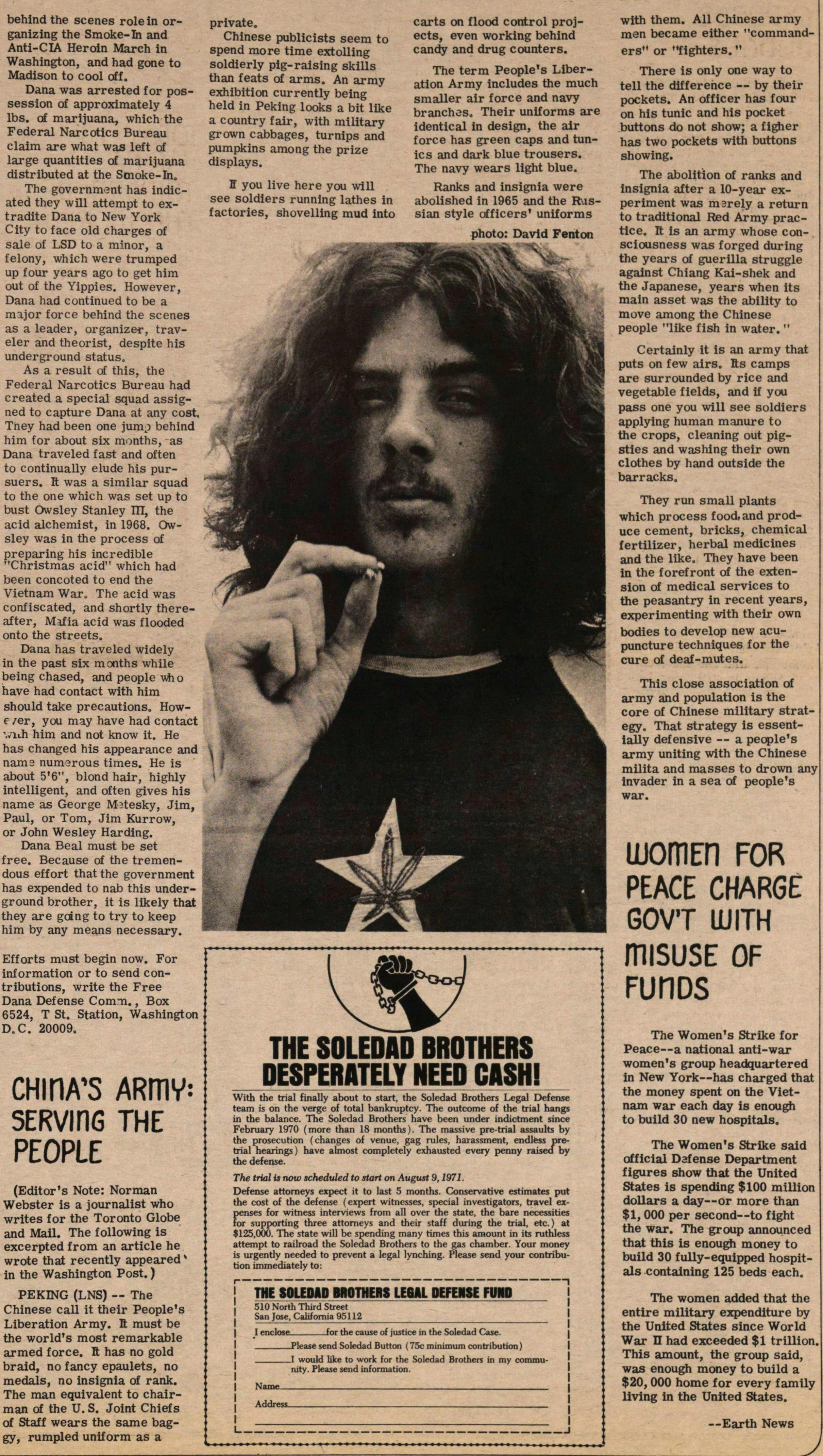 (Editor's Note: Norman Webster is a journalist who writes for the Toronto Globe and Mail. The following is excerpted from an article he wrote that recently appeared in the Washington Post. ) PEKING (LNS) - The Chinese cali it their People's Liberation Army. It must be the world's most remarkable armed forcé. R has no gold braid, no f ancy epaulets, no medals, no insignia of rank. The man equivalent to chairman of the U. S. Joint Chief s oí Staff wears the same baggy, rumpled uniform as a private. Chinese publicists seem to spend more time extolling soldierly pig-raising skills than feats of arms. An army exhibition currently being held in Peking looks a bit like a country fair, with military grown cabbages, turnips and pumpkins among the prize displays. I you live here you will see soldiers running lathes in factories, shovelling mud into carts on flood control projects, even working behind candy and drug counters. The term People's Liberation Army includes the much smaller air force and navy branches. Their uniforms are identical in design, the air force has green caps and tunics and dark blue trousers. The navy wears light blue. Ranks and insignia were abolished in 1965 and the Rassian style officers' uniforms with them. All Chinese army men became either "comraanders" or "f ighters. " There is only one way to teil the difference - by their pockets. An officer has four on his tunic and hls pocket buttons do not show; a figher has two pockets with buttons showing. The abolition of ranks and insignia after a 10-year experiment was marely a return to traditional Red Army practice. It is an army whose consciousness was forged during the years of guerilla struggle against Chiang Kai-shek and the Japanese, years when its main asset was the ability to move among the Chinese people "like fish in water. " Certainly it is an army that puts on few airs. Ss camps are surrounded by rice and vegetable fields, and if you pass one you will see soldiers applying human manure to the crops, cleaning out pigsties and washing their own clothes by hand outside the barracks. They run small plants which process foodiand produce cement, bricks, chemical fertilizer, herbal medicines and the like. They have been in the foref ront of the extensión of medical services to the peasantry in recent years, experimenting with their own bodies to develop new acupuncture techniques for the cure of deaf-mutes. This close association of army and population is the core of Chinese military strategy. That strategy is essentially defensive - a people's army uniting with the Chinese milita and masses to drown any invader in a sea of people's war.