Abortion Suit And Rally In Detroit 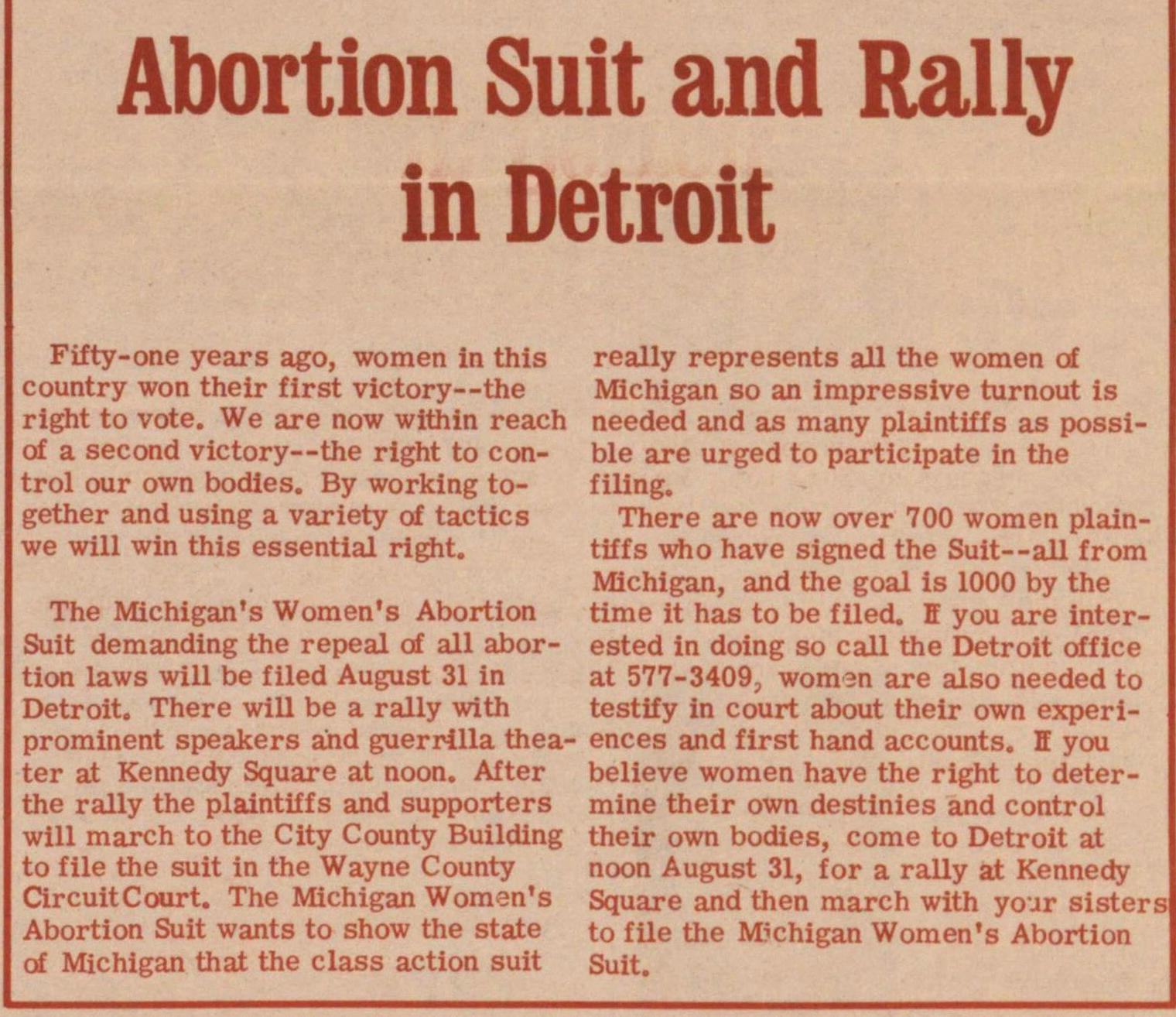 ABORTION SUIT AND RALLY IN DETROIT

The Michigan's Women's Abortion Suit demanding the repeal of all abortion laws will be filed August 31 in Detroit. There will be a rally with prominent speakers and guerrilla theater at Kennedy Square at noon. After the rally the plaintiffs and supporters will march to the City County Building to file the suit in the Wayne County Circuit Court. The Michigan Women's Abortion Suit wants to show the state of Michigan that the class action suit really represents all the women of Michigan so an impressive turnout is needed and as many plaintiffs as possible are urged to participate in the filing.

There are now over 700 women plaintiffs who have signed the Suit -- all from Michigan, and the goal is 1000 by the time it has to be filed. If you are interested in doing so call the Detroit office at 577-3409, women are also needed to testify in court about their own experiences and first hand accounts. If you believe women have the right to determine their own destinies and control their own bodies, come to Detroit at noon August 31, for a rally at Kennedy Square and then march with your sisters to file the Michigan Women's Abortion Suit.