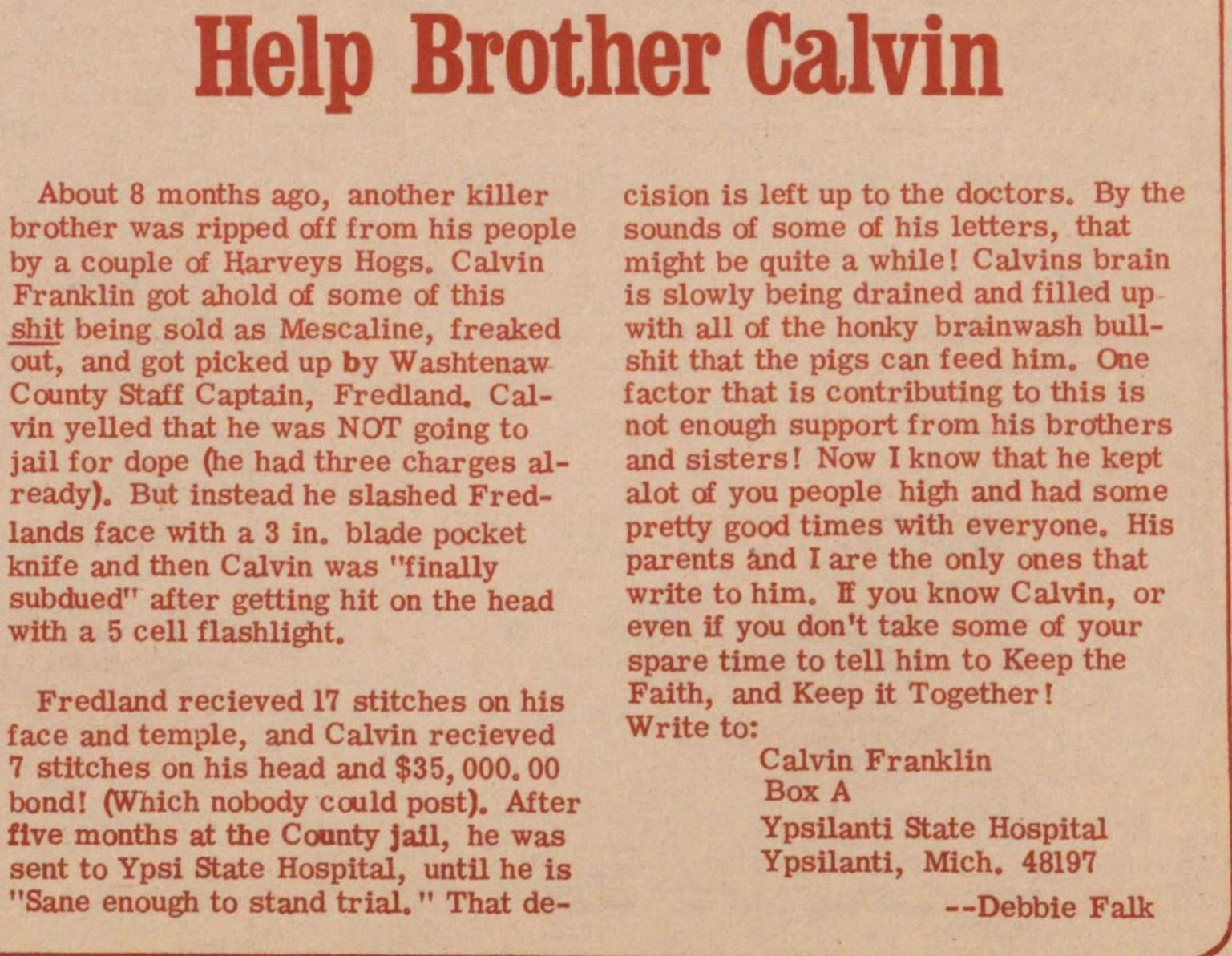 About 8 months ago, another killer brother was ripped off from his people by a couple of Harveys Hogs. Calvin Franklin got ahold of some of this shit being sold as Mescaline, freaked out, and got picked up by Washtenaw County Staff Captain, Fredland. Calvin yelled that he was NOT going to jail for dope (he had three charges already). But instead he slashed Fredlands face with a 3 in. blade pocket knife and then Calvin was "finally subdued" after getting hit on the head with a 5 cell flashlight.

Fredland received 17 stitches on his face and temple, and Calvin received 7 stitches on his head and $35,000.00 bond! (Which nobody could post). After five months at the County jail, he was sent to Ypsi State Hospital, until he is "Sane enough to stand trial." That decision is left up to the doctors. By the sounds of some of his letters, that might be quite a white! Calvin's brain is slowly being drained and filled up with all of the honky brainwash bullshit that the pigs can feed him. One factor that is contributing to this is not enough support from his brothers and sisters! Now I know that he kept a lot of you people high and had some pretty good times with everyone. His parents and I are the only ones that write to him. If you know Calvin, or even if you don't take some of your spare time to tell him to Keep the Faith, and Keep it Together! Write to: