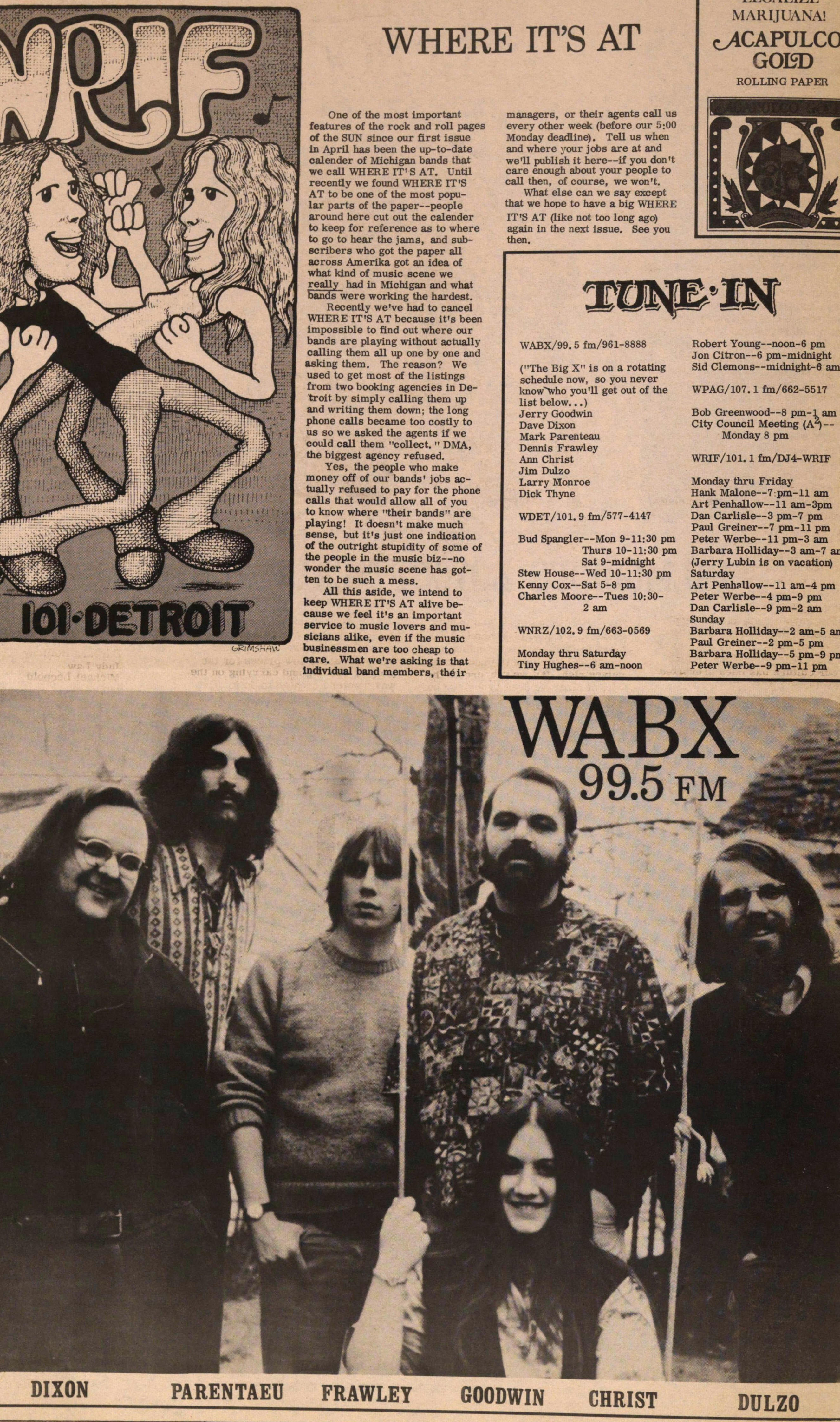 One of the most important features of the rock and roll pages of the SUN since our first issue in April has been the up-to-date calender of Michigan bands that we call WHERE IT'S AT. Until recently we found WHERE IT'S AT to be one of the most popular parts of the paper - people around here cut out the calender to keep for reference as to where to go to hear the jams, and subscribers who got the paper all across Amerika got an idea of what kind of music scene we really had in Michigan and what bands were working the hardest.

Recently we've had to cancel WHERE IT'S AT because it's been impossible to find out where our bands are playing without actually calling them all up one by one and asking them. The reason? We used to get most of the listings from two booking agencies in Detroit by simply calling them up and writing them down; the long phone calls became too costly to us so we asked the agents if we could call them "collect." DMA, the biggest agency refused.

Yes, the people who make money off of our bands' jobs actually refused to pay for the phone calls that would allow all of you to know where "their bands" are playing! It doesn't make much sense, but it's just one indication of the outright stupidity of some of the people in the music biz - no wonder the music scene has gotten to be such a mess.

All this aside, we intend to keep WHERE IT'S AT alive because we feel it's an important service to music lovers and musicians alike, even if the music businessmen are too cheap to care. What we're asking is that individual band members, their managers, or their agents call us every other week (before our 5:00 Monday deadline). Tell us when and where your jobs are at and we'll publish it here - If you don 't care enough about your people to call then, of course, we won't. What else can we say except that we hope to have a big WHERE IT'S AT (like not too long ago) again in the next issue. See you then.