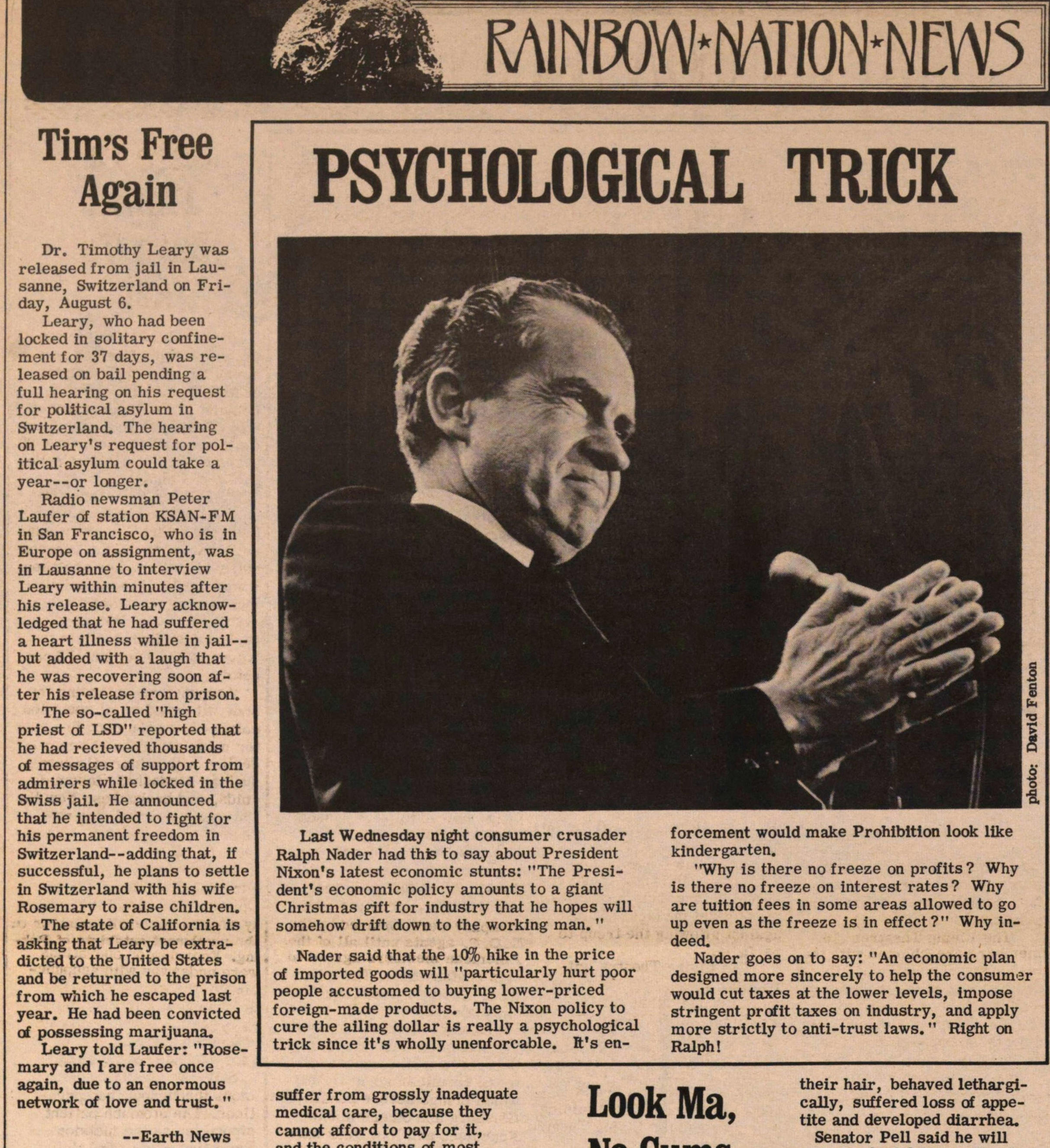 Dr. Timothy Leary was released from jail in Lausanne, Switzerland on Friday, August 6.

Radio newsman Peter Laufer of station KSAN-FM in San Francisco, who is in Europe on assignment, was in Lausanne to interview Leary within minutes after his release. Leary acknowledged that he had suffered a heart illness while in jail - but added with a laugh that he was recovering soon after his release from prison.

The so-called "high priest of LSD" reported that he had received thousands of messages of support from admirers while locked in the Swiss jail. He announced that he intended to fight for his permanent freedom in Switzerland - adding that, if successful, he plans to settle in Switzerland with his wife Rosemary to raise children.

The state of California is asking that Leary be extradicted to the United States and be returned to the prison from which he escaped last year. He had been convicted of possessing marijuana.

Leary told Laufer: "Rosemary and I are free once again, due to an enormous network of love and trust."