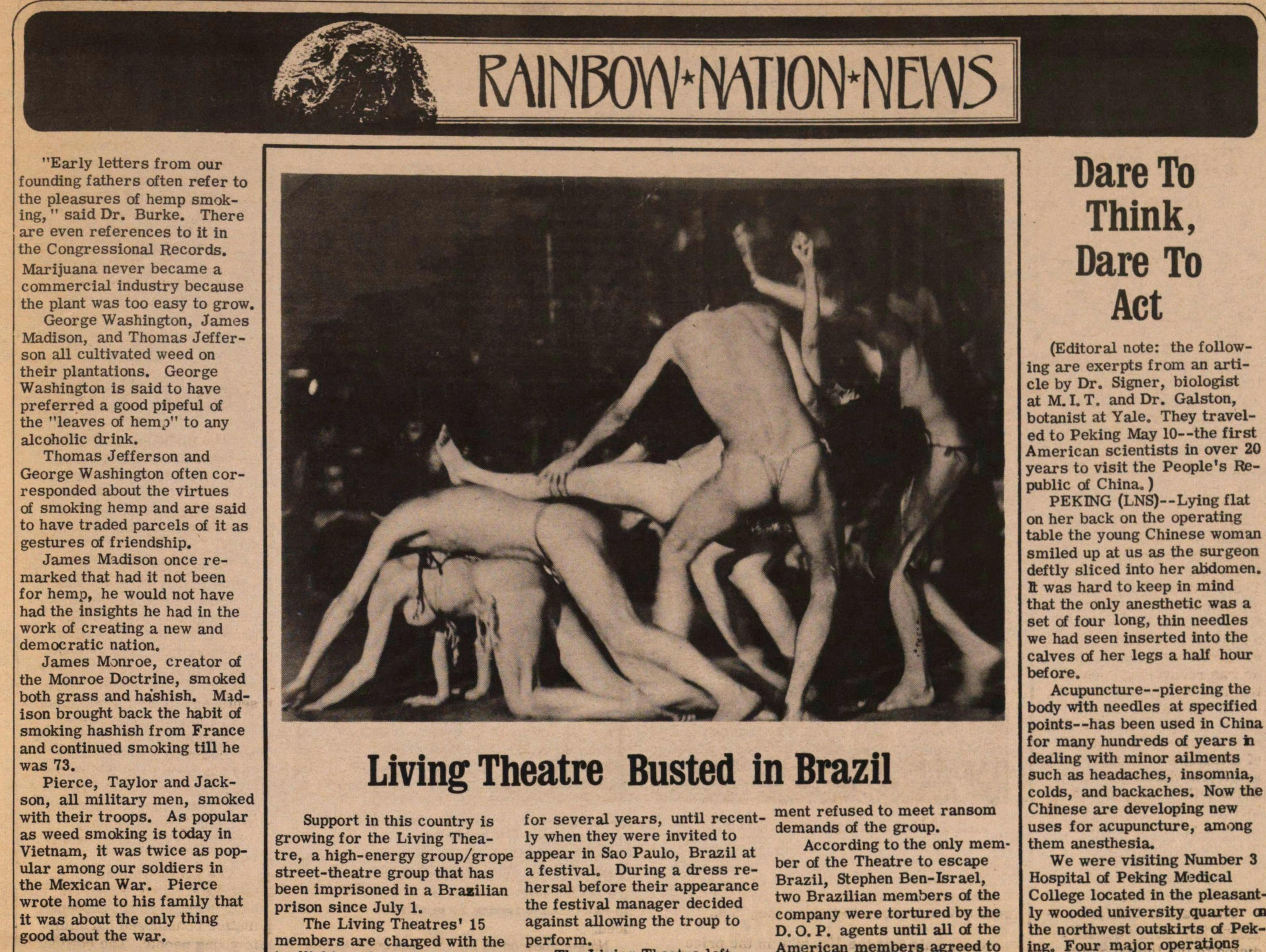 Marijuana smoking is quite popular in the U.S. today, but few people realize that grass was once so popular in the country that 7 U.S. presidents used it.

Dr. Burke, president of the American Historical Reference Society and consultant for the Smithsonian Institute, included the following U. S. presidents as marijuana users:

Weed was common among tobacco growers, for when it was mixed with tobacco, it gave a mild intoxicating effect. The leaves and resins (hashish) were used to season food and as medicine.

Prior to the Civil War, pot was a very successful drug when used to cure insomnia and impotence. It was used primarily to reduce tension.

"Early letters from our founding fathers often refer to the pleasures of hemp smoking," said Dr. Burke. There are even references to it in the Congressional Records. Marijuana never became a commercial industry because the plant was too easy to grow.

George Washington, James Madison, and Thomas Jefferson all cultivated weed on their plantations. George Washington is said to have preferred a good pipeful of the "leaves of hemp" to any alcoholic drink.

Thomas Jefferson and George Washington often corresponded about the virtues of smoking hemp and are said to have traded parcels of it as gestures of friendship.

James Madison once remarked that had it not been for hemp, he would not have had the insights he had in the work of creating a new and democratic nation.

James Monroe, creator of the Monroe Doctrine, smoked both grass and hashish. Madison brought back the habit of smoking hashish from France and continued smoking till he was 73.

Pierce, Taylor and Jackson, all military men, smoked with their troops. As popular as weed smoking is today in Vietnam, it was twice as popular among our soldiers in the Mexican War. Pierce wrote home to his family that it was about the only thing good about the war.