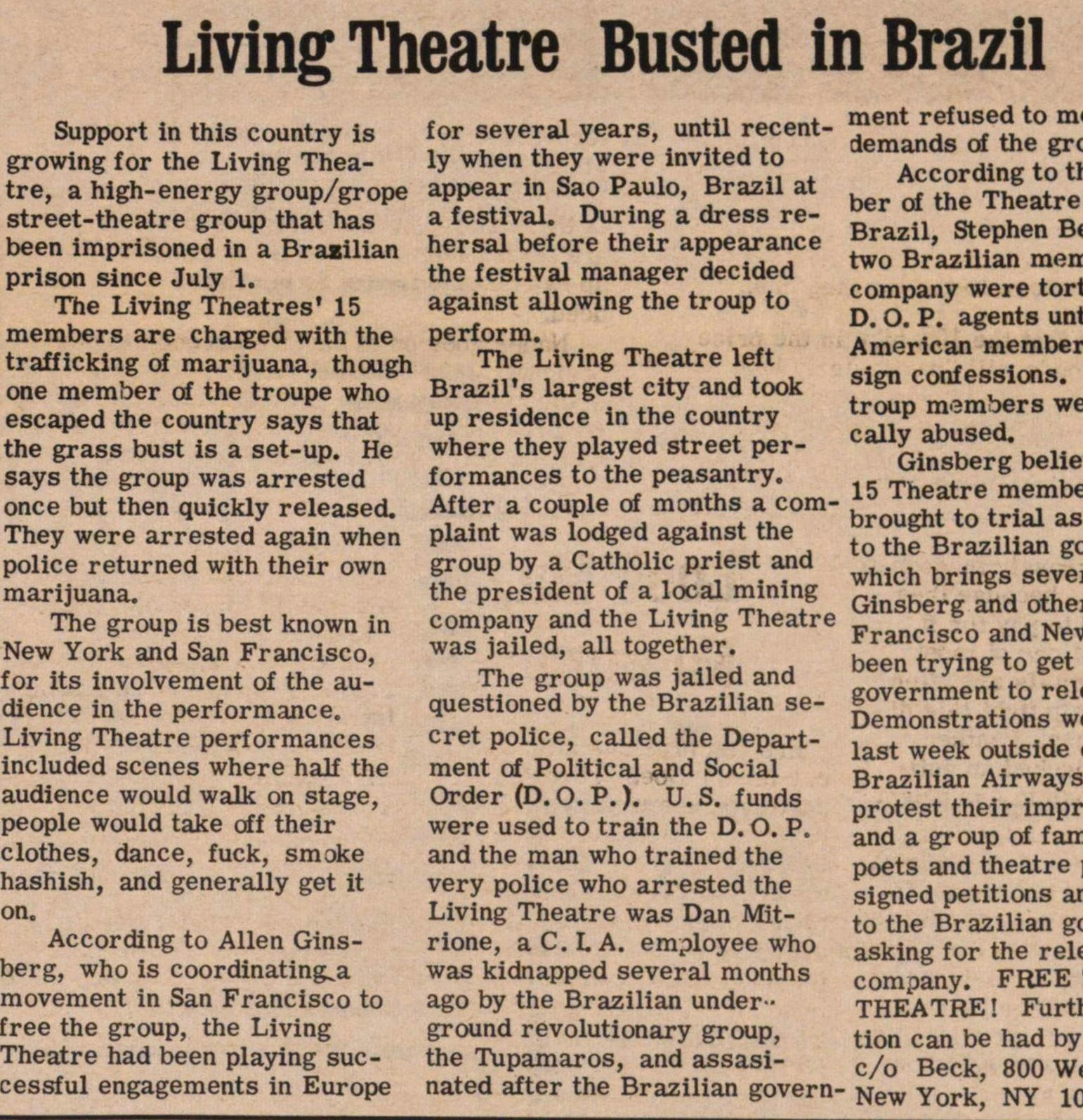 Support in this country is growing for the Living Theatre, a high-energy group/grope street-theatre group that has been imprisoned in a Brazilian prison since July 1.

The Living Theatres' 15 members are charged with the trafficking of marijuana, though one member of the troupe who escaped the country says that the grass bust is a set-up. He says the group was arrested once but then quickly released. They were arrested again when police returned with their own marijuana.

The group is best known in New York and San Francisco, for its involvement of the audience in the performance. Living Theatre performances included scenes where half the audience would walk on stage, people would take off their clothes, dance, fuck, smoke hashish, and generally get it on.

According to Allen Ginsberg, who is coordinating a movement in San Francisco to free the group, the Living Theatre had been playing successful engagements in Europe for several years, until recently when they were invited to appear in Sao Paulo, Brazil at a festival. During a dress rehersal before their appearance the festival manager decided against allowing the troup to perform.

The Living Theatre left Brazil's largest city and took up residence in the country where they played street performances to the peasantry. After a couple of months a complaint was lodged against the group by a Catholic priest and the president of a local mining company and the Living Theatre was jailed, all together.

The group was jailed and questioned by the Brazilian secret police, called the Department of Political and Social Order (D.O.P.). U.S. funds were used to train the D.O.P. and the man who trained the very police who arrested the Living Theatre was Dan Mitrione, a C.I.A. employee who was kidnapped several months ago by the Brazilian underground revolutionary group, the Tupamaros, and assassinated after the Brazilian government refused to meet demands of the group.