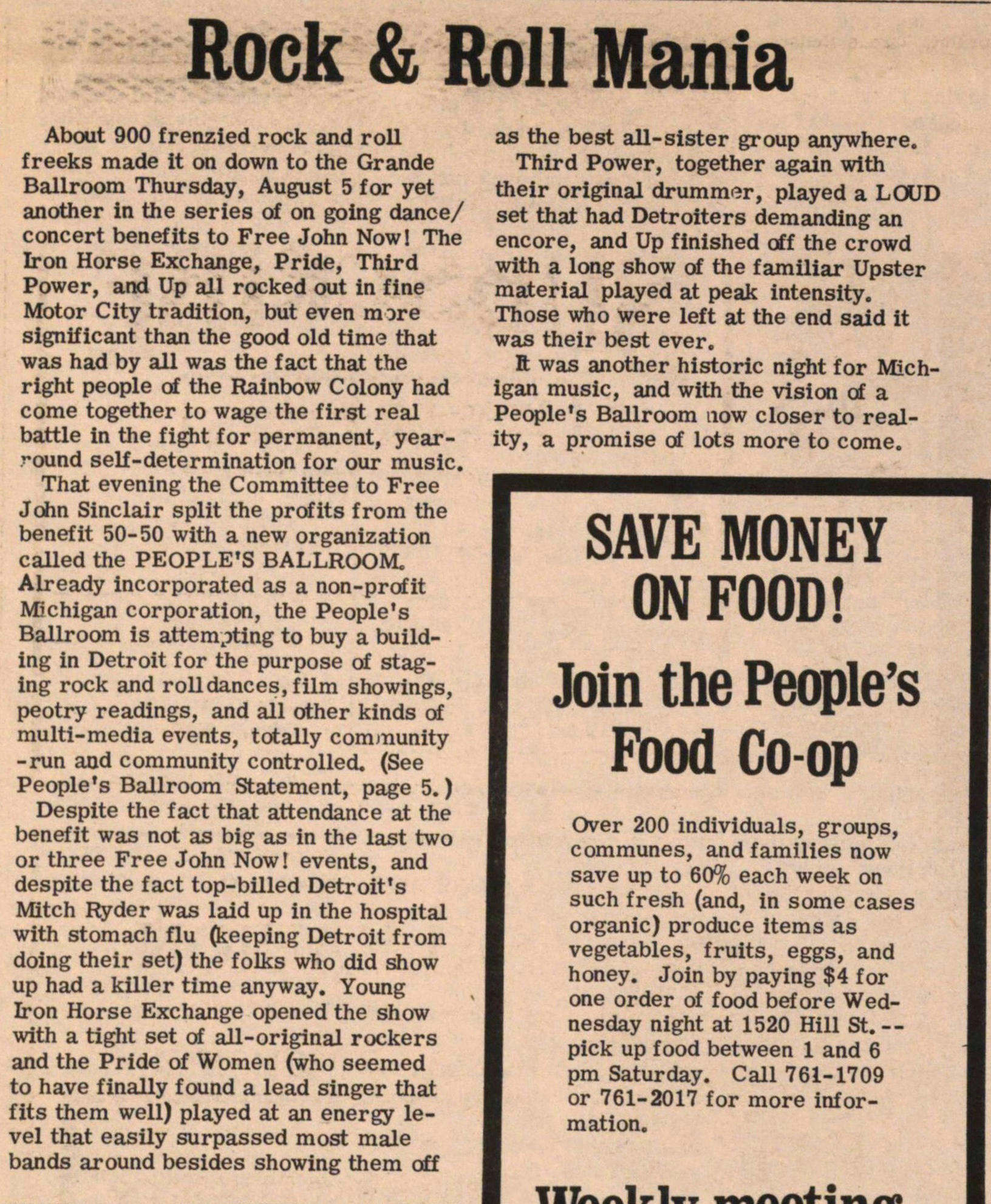 About 900 frenzied rock and roll freeks made it on down to the Grande Ballroom Thursday, August 5 for yet another in the series of on going dance/concert benefits to Free John Now! The Iron Horse Exchange, Pride, Third Power, and Up all rocked out in fine Motor City tradition, but even more significant than the good old time that was had by all was the fact that the right people of the Rainbow Colony had come together to wage the first real battle in the fight for permanent, year-round self-determination for our music.

That evening the Committee to Free John Sinclair split the profits from the benefit 50-50 with a new organization called the PEOPLE'S BALLROOM. Already incorporated as a non-profit Michigan Corporation, the People's Ballroom is attempting to buy a building in Detroit for the purpose of staging rock and roll dances, film showings, poetry readings, and all other kinds of multi-media events, totally community-run and community controlled. (See People's Ballroom Statement, page 5.)

Despite the fact that attendance at the benefit was not as big as in the last two or three Free John Now! events, and despite the fact top-billed Detroit's Mitch Ryder was laid up in the hospital with stomach flu (keeping Detroit from doing their set) the folks who did show up had a killer time anyway. Young Iron Horse Exchange opened the show with a tight set of all-original rockers and the Pride of Women (who seemed to have finally found a lead singer that fits them well) played at an energy level that easily surpassed most male bands around besides showing them off as the best all-sister group anywhere.

Third Power, together again with their original drummer, played a LOUD set that had Detroiters demanding an encore, and Up finished off the crowd with a long show of the familiar Upster material played at peak intensity. Those who were left at the end said it was their best ever.

It was another historic night for Michigan music, and with the vision of a People's Ballroom now closer to reality, a promise of lots more to come.