John's Appeal To Be Heard 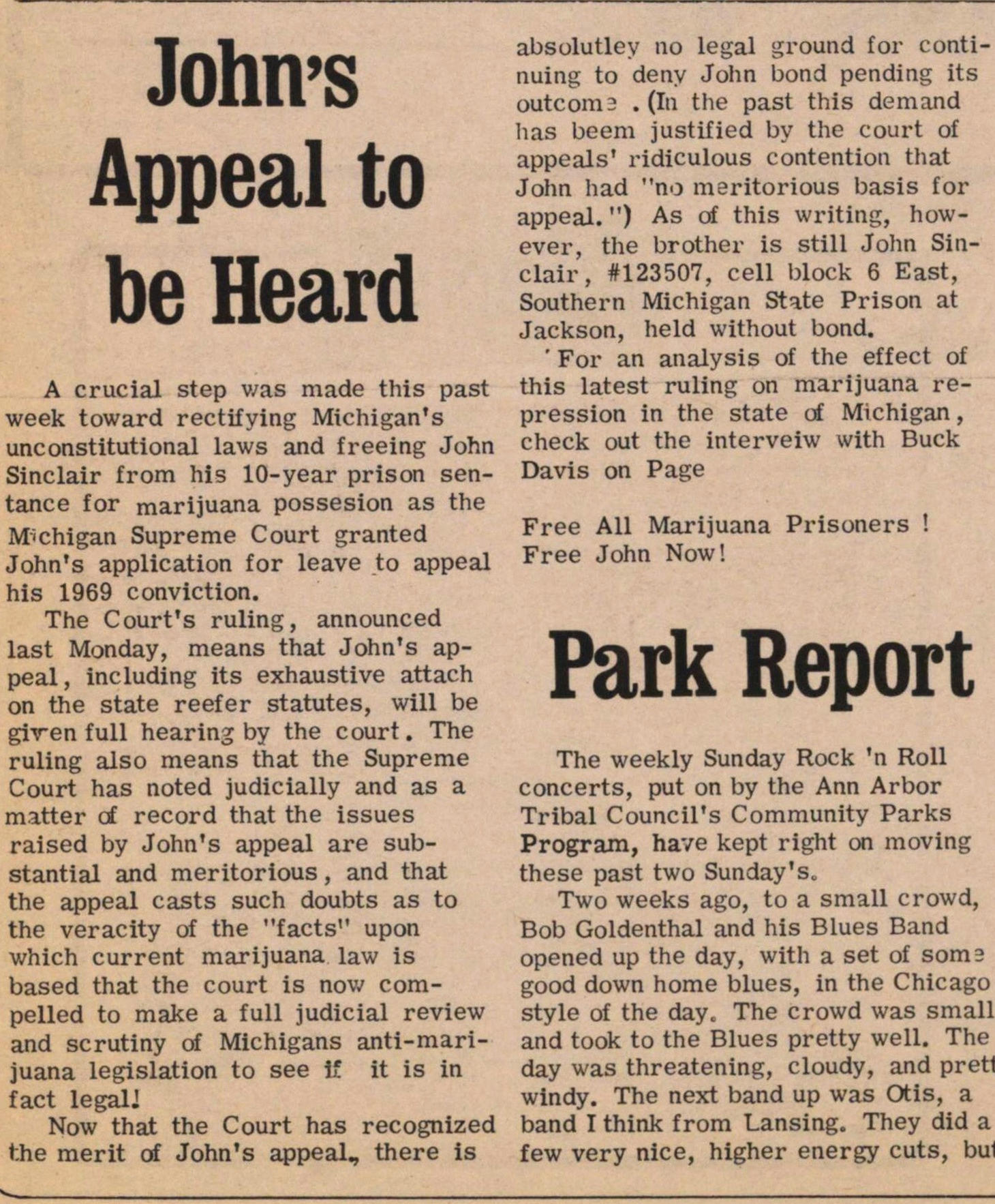 John's Appeal to be Heard

A crucial step was made this past week toward rectifying Michigan's unconstitutional laws and freeing John Sinclair from his 10-year prison sentence for marijuana possession as the Michigan Supreme Court granted John's application for leave to appeal his 1969 conviction.

The Court's ruling, announced last Monday, means that John's appeal, including its exhaustive attach on the state reefer statutes, will be given full hearing by the court. The ruling also means that the Supreme Court has noted judicially and as a matter of record that the issues raised by John's appeal are substantial and meritorious, and that the appeal casts such doubts as to the veracity of the "facts" upon which current marijuana law is based that the court is now compelled to make a full judicial review and scrutiny of Michigan's anti-marijuana legislation to see If it is in fact legal!

Now that the Court has recognized the merit of John's appeal, there is absolutely no legal ground for continuing to deny John bond pending its outcome. (In the past this demand has been justified by the court of appeals' ridiculous contention that John had "no meritorious basis for appeal.") As of this writing, however, the brother is still John Sinclair, #123507, cell block 6 East, Southern Michigan State Prison at Jackson, held without bond.

For an analysis of the effect of this latest ruling on marijuana repression in the state of Michigan, check out the interview with Buck Davis on Page