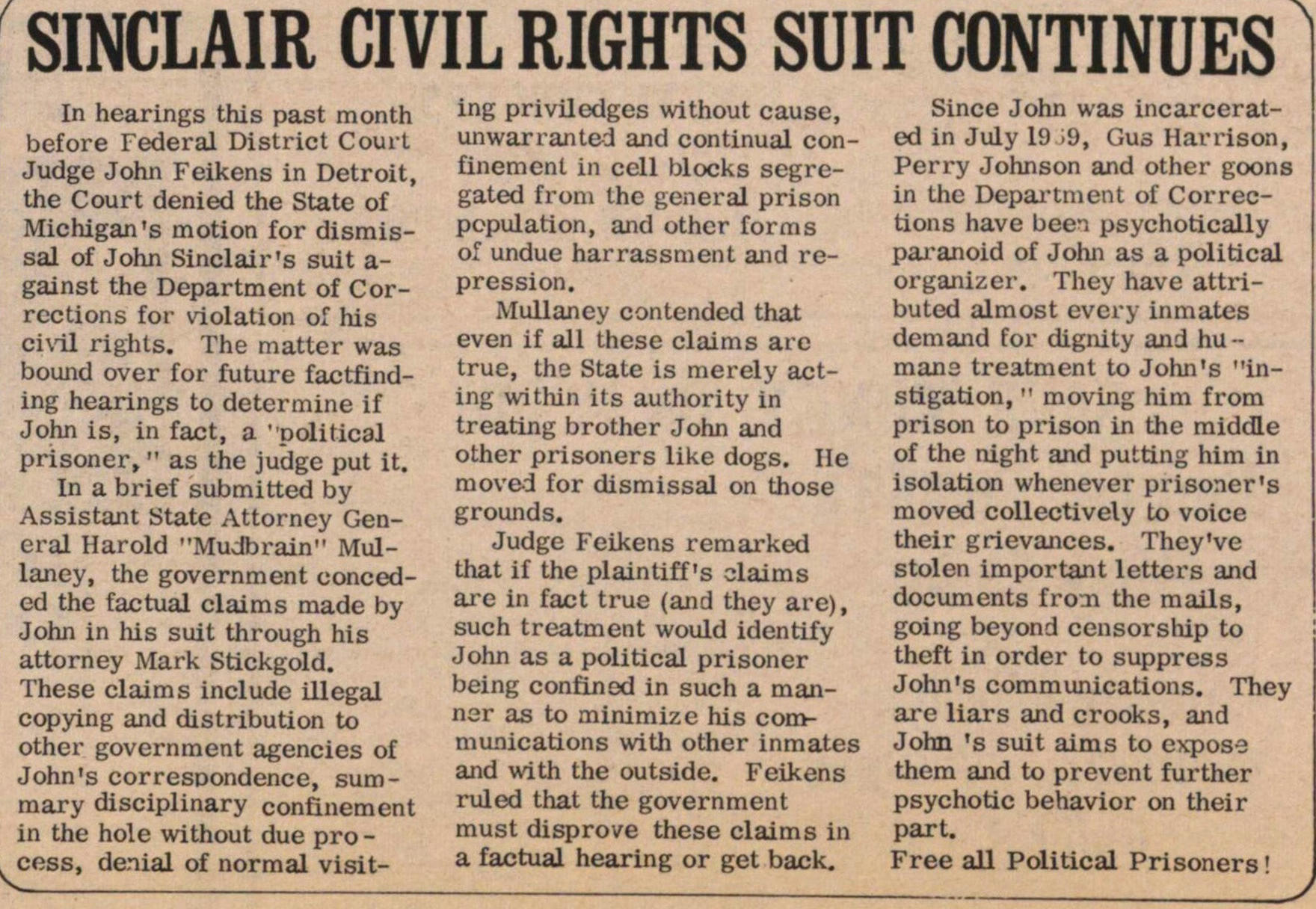 In hearings this past month before Federal District Court Judge John Feikens in Detroit, the Court denied the State of Michigan's motion for dismissal of John Sinclair's suit against the Department of Corrections for violation of his civil rights. The matter was bound over for future factfinding hearings to determine if John is, in fact, a "political prisoner," as the judge put it. In a brief submitted by Assistant State Attorney General Harold "Mudbrain" Mullaney, the government conceded the factual claims made by John in his suit through his attorney Mark Stickgold. These claims include illegal copying and distribution to other government agencies of John's correspondence, summary disciplinary confinement in the hole without due process, denial of normal visiting privileges without cause, unwarranted and continual confinement in cell blocks segregated from the general prison population, and other forms of undue harassment and repression. Mullaney contended that even if all these claims are true, the State is merely acting within its authority in treating brother John and other prisoners like dogs. He move-d for dismissal on those grounds. Judge Feikens remarked that if the plaintiff's claims are in fact true (and they are), such treatment would identify John as a political prisoner being confined in such a manner as to minimize his communications with other inmates and with the outside. Feikens ruled that the government must disprove these claims in a factual hearing or get back. Since John was incarcerated in July 1969, Gus Harrison, Perry Johnson and other goons in The Department of Corrections have been psychotically paranoid of John as a political organizer. They have attributed almost every inmates demand for dignity and humane treatment to John's "instigation," moving him from prison to prison in the middle of the night and putting him in isolation whenever prisoner's moved collectively to voice their grievances. They've stolen important letters and documents from the mails, going beyond censorship to theft in order to suppress John's communications. They are liars and crooks, and John's suit aims to expose them and to prevent further psychotic behavior on their part. Free all Political Prisoners!