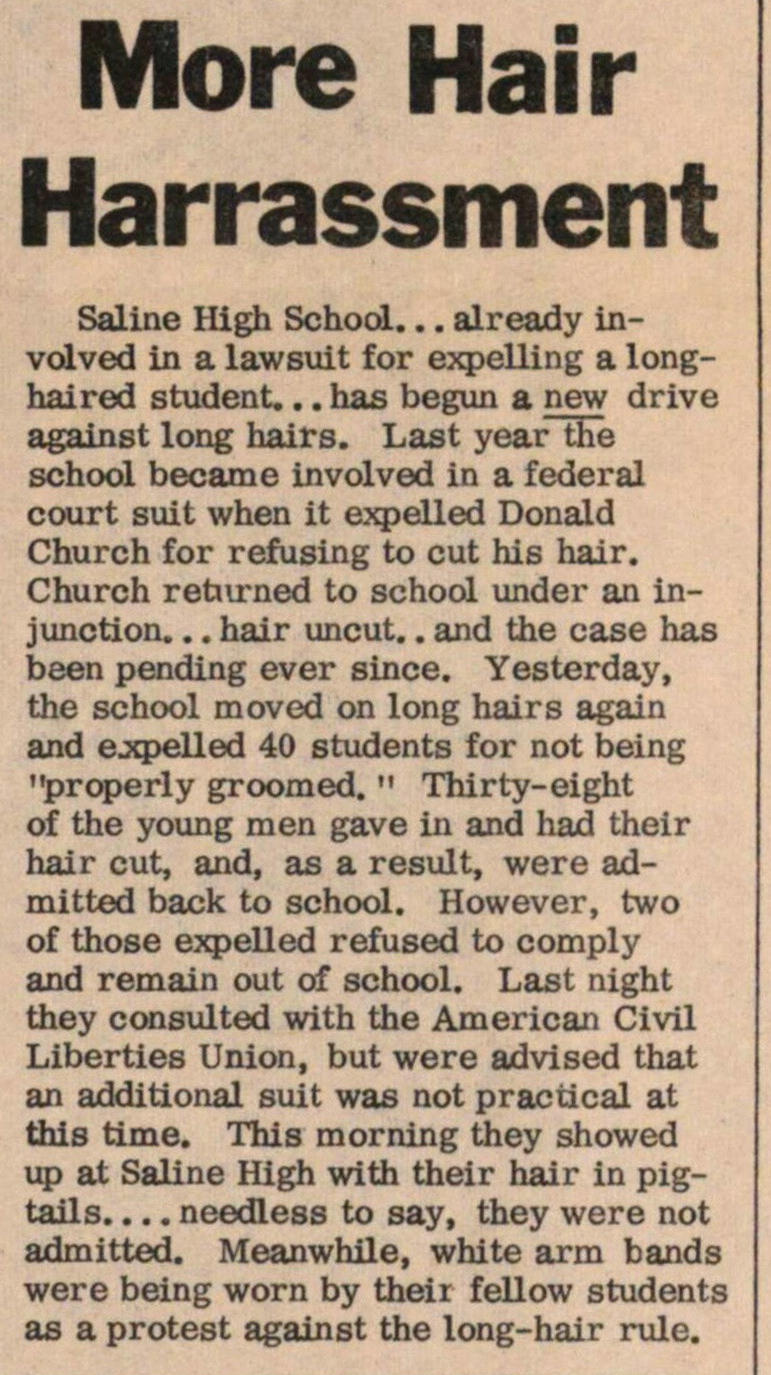 Saline High School. . . already involved in a lawsuit for expelling a long-haired student. . . has begun a new drive against long hairs. Last year the school became involved in a federal court suit when it expelled Donald Church for refusing to cut his hair. Church returned to school under an injunction. . . hair uncut. . and the case has been pending ever since. Yesterday, the school moved on long hairs again and expelled 40 students for not being "properly groomed." Thirty-eight of the young men gave in and had their hair cut, and, as a result, were admitted back to school. However, two of those expelled refused to comply and remain out of school. Last night they consulted with the American Civil Liberties Union, but were advised that an additional suit was not practical at this time. This morning they showed up at Saline High with their hair in pigtails. . . . needless to say, they were not admitted. Meanwhile, white arm bands were being worn by their fellow students as a protest against the long-hair rule.