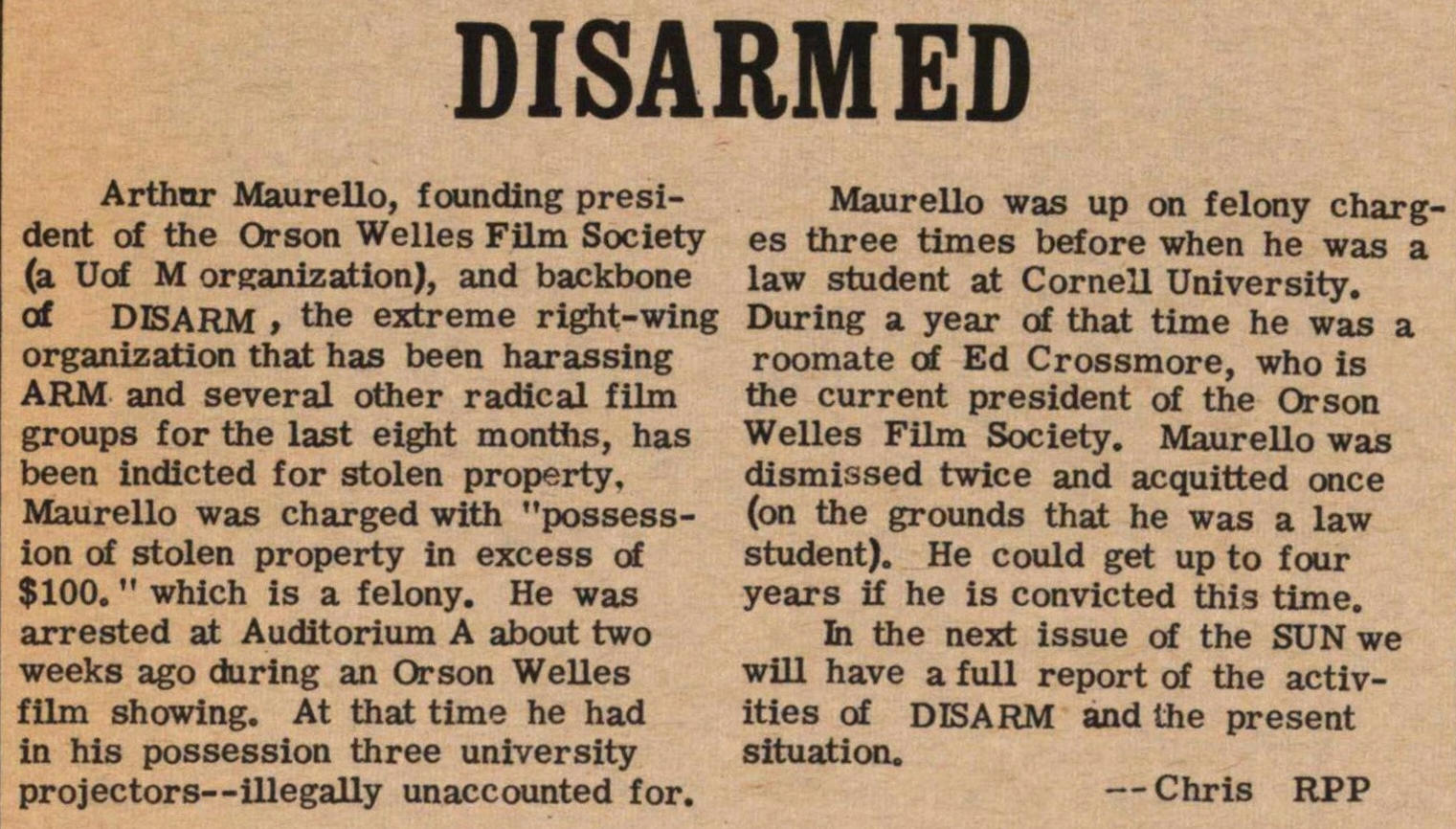 Arthor Maurello, f ounding president of the Orson Welles Film Society (a Uof M organization), and backbone oí DEARM the extreme right-wing organization that has been harassing ARM and several other radical film groups for the last eight months, has been indicted for stolen property, Maurello was charged with "possession of stolen property in excess of $100. " which is a felony. He was arrested at Auditorium A about two weeks ago during an Orson Welles film showing. At that time he had in his possession three university projectors - illegally unaccounted for. Maurello was up on felony charges three times before when he was a law student at Cornell University. During a year af that time he was a roomate af Ed Crossmore, who is the current president of the Qrson Welles Film Society. Maurello was dismissed twice and acquitted once (on the grounds that he was a law student). He could get up to four years if he is convicted this time. In the next issue of the SUN we will have a f uil report of the activities of DISARM and the present situation.