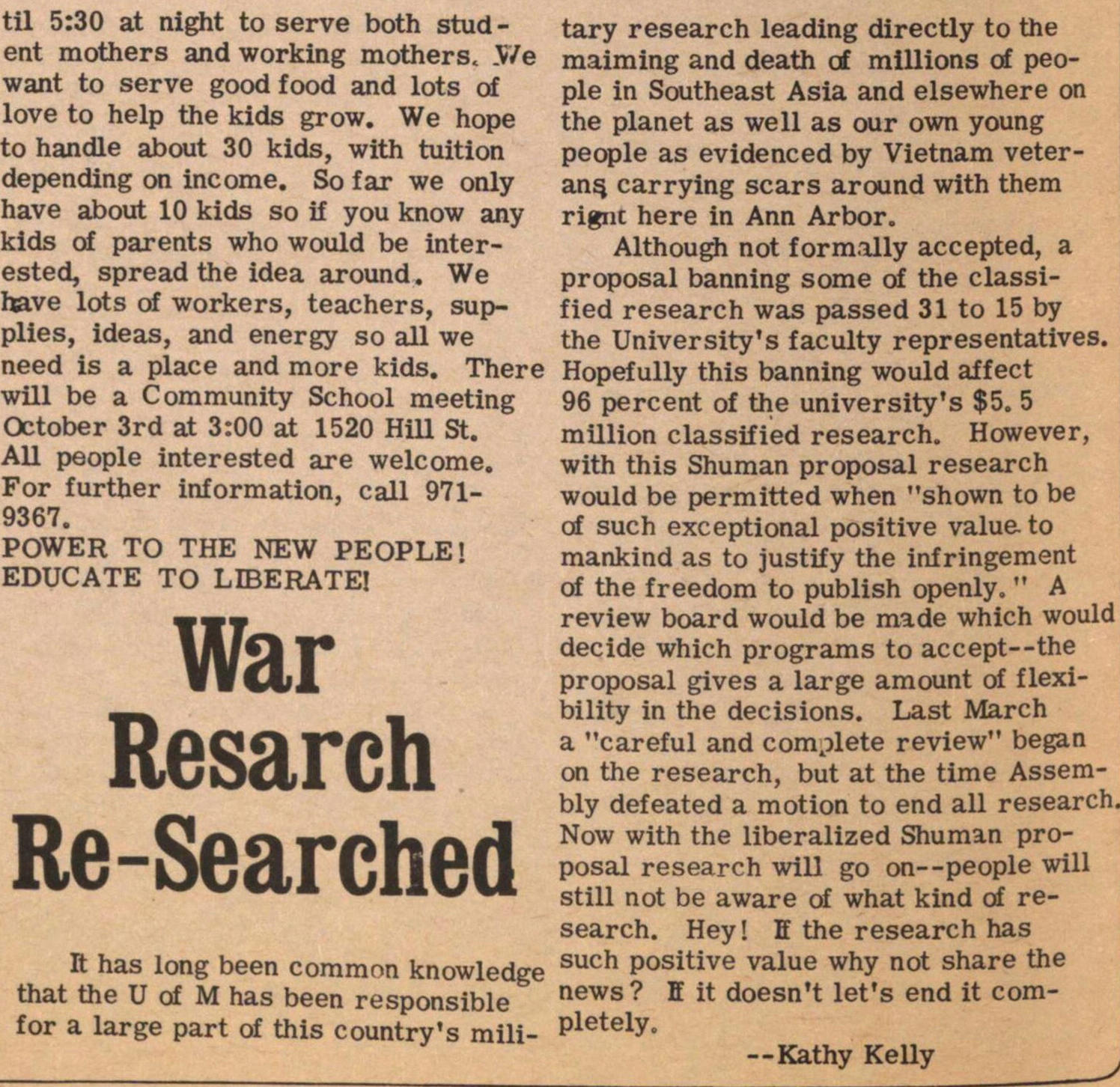 R has long been commnn knowledge that the U of M has been responsible for a lar ge part of this country 's tary research leading directly to the maiming and death of millions of people in Southeast Asia and elsewhere on the planet as we 11 as our own young people as evidenced by Vietnam veterans, carrying scars around with them rigiit here in Ann Arbor. Although not formally accepted, a proposal banning some of the classified research was passed 31 to 15 by the University's faculty representatives. Hopef ully this banning would affect 96 percent of the university's $5. 5 mülion classified research. However, with this Shuman proposal research would be permitted when "shown to be af such exceptional positive value. to mankind as to justify the inf ringement of the freedom to publish openly. " A review board would be made which would decide which programs to accept--the proposal gives a large amount of flexibility in the decisions. Last March a "careful and complete review" began on the research, but at the time Assembly defeated a motion to end all research. Now with the liberalized Shuman proposal research will go on - people will still not be aware of what kind of research. Hey! E the research has such positive value why not share the news? E it doesn't let's end it completely.