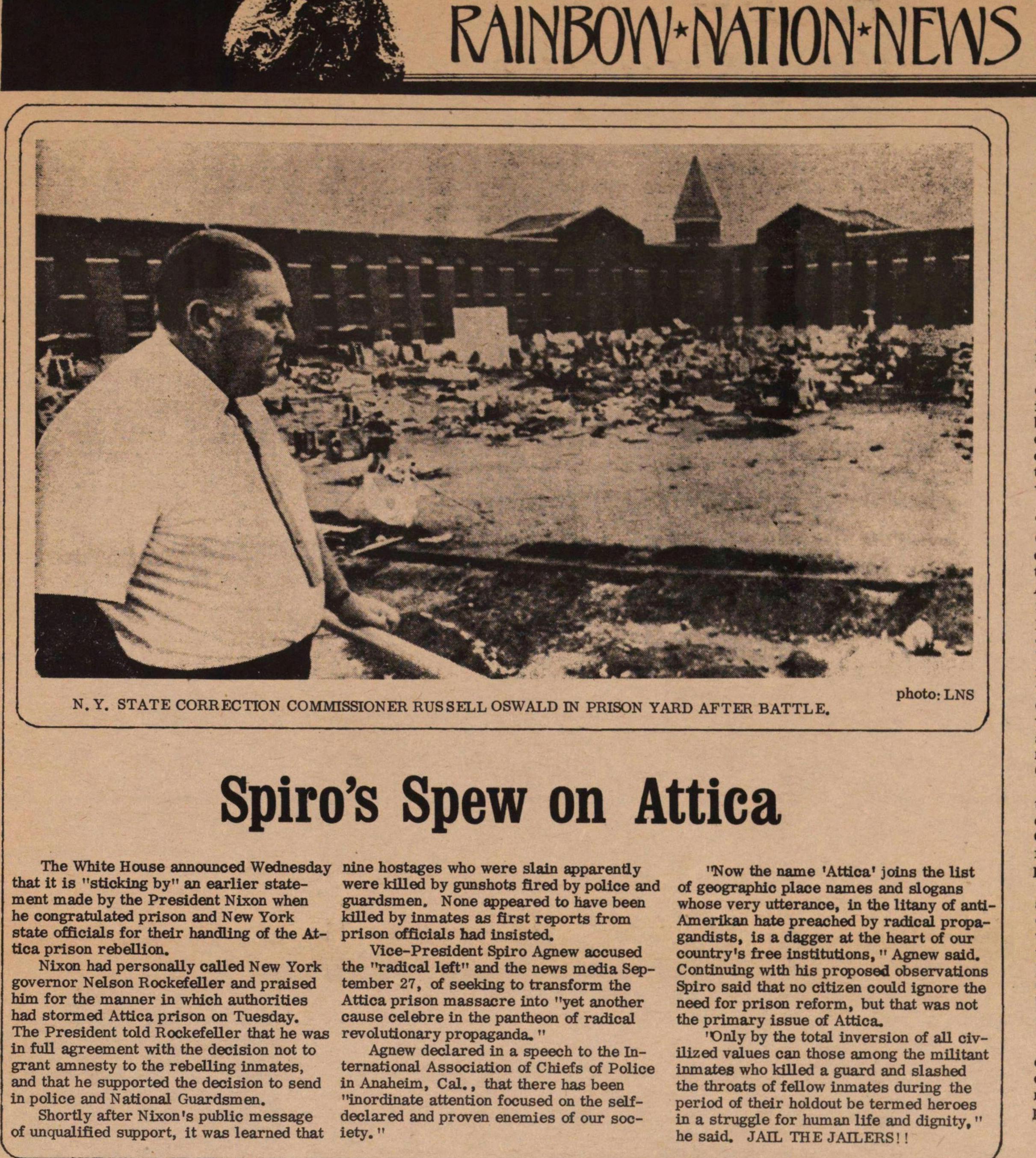 The White House announced Wednesday that it is "stlcking by" an eaxlier statement made by the President Nixon when he congratulated prison and New York state officials for their hgntiljng of the Attica prison rebellion. Nixon had personally called New York governor Nelson Rockefeller and praised him for the manner in which authorities had stormed Atöca prison on Tuesday. The President told Rockefeller that he was in full agreement with the decisión not to grant amnesty to the rebelling inmates, and that he supported the decisión to send in pólice and National Guardsmen. Shorüy after Nixon 's public message of unqualified support, it was learned that V nine hostages who were slain apparently were killed by gunshots flred by pólice and guardsmen. None appeared to have been killed by inmates as first reporta from piison officials had insisted. Vice-Presldent Spiro Agnew accused the "radical left" and the news media September 27, of seeking to transform the Atüca prison massacre into "yet another cause celebre in the pantheon of radical revolutionary propaganda. " Agnew declared in a speech to the International Association of Chiefs of Pólice in Anaheim, Cal. , that there has been "inordinate attention focused on the selfdeclared and proven enemies of our society. " "Now the name 'Attioa' joins the list of geographio place names and slogans whose very utterance, In the litan y of antiAmerikan hate preached by radical propagandists, is a dagger at the heart of our country's free instltutions, " Agnew said. Continuing wlth hls proposed observaüons Spiro said that no citizen could ignore the need for prison reform, but that was not the primary issue of Atüca. 'Only by the total inversión of all oivilized values can those among the militant inmates who killed a guard and slashed the throats of fellow inmates during the period of their holdout be termed héroes in a struggle for human Ufe and dignity, " he said. JAIL THE JAILERS! ! J