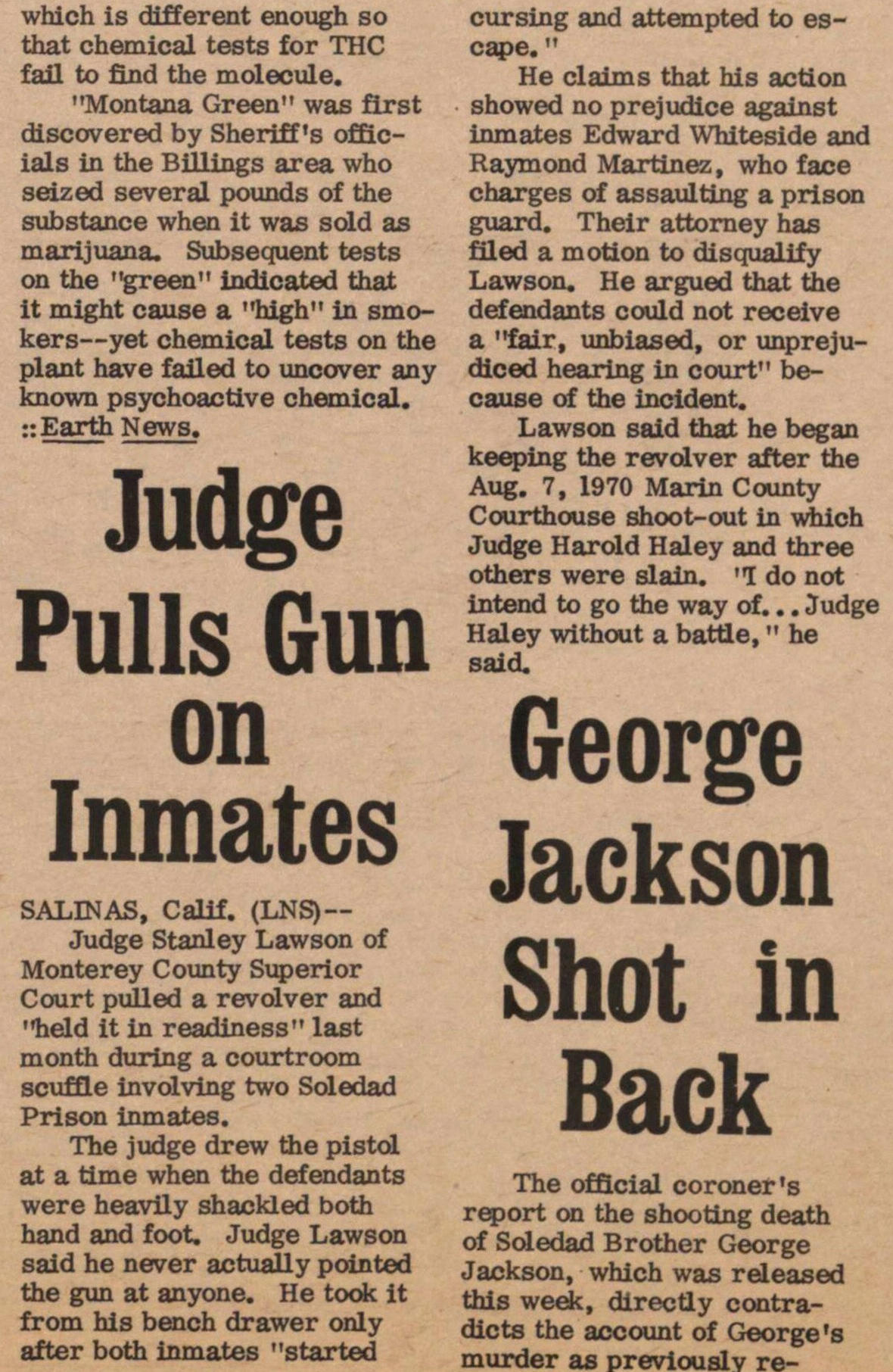 SALINAS, Calif. (LNS)- Judge Stanley Lawson of Monterey County Superior Court pulled a revolver and "held It in readiness" last month during a courtroom scuffle involvlng two Soledad Prlson Inmates. The judge drew the plstol at a time when the defendants were heavüy shackled both hand and foot. Judge Lawson said he never actually pointed the gun at anyone. He took it from his bench drawer only after both inmates "started cursing and attempted to escape. " He claims that his acüon showed no prejudlce against inmates Edward Whiteside and Raymond Martínez, who face charges of assaulting a prison guard. Thelr attorney has filed a moüon to disqualify Lawson. He argued that the defendants could not receive a "fair, unbiased, or unprejudiced hearing in court" because of the incident. Lawson said that he began keeping the revolver after the Aug. 7, 1970 Marin County Courthouse shoot-out in which Judge Harold Haley and three others were slain. 'I do not intend to go the way of. . . Judge Haley without a batüe, " he said.