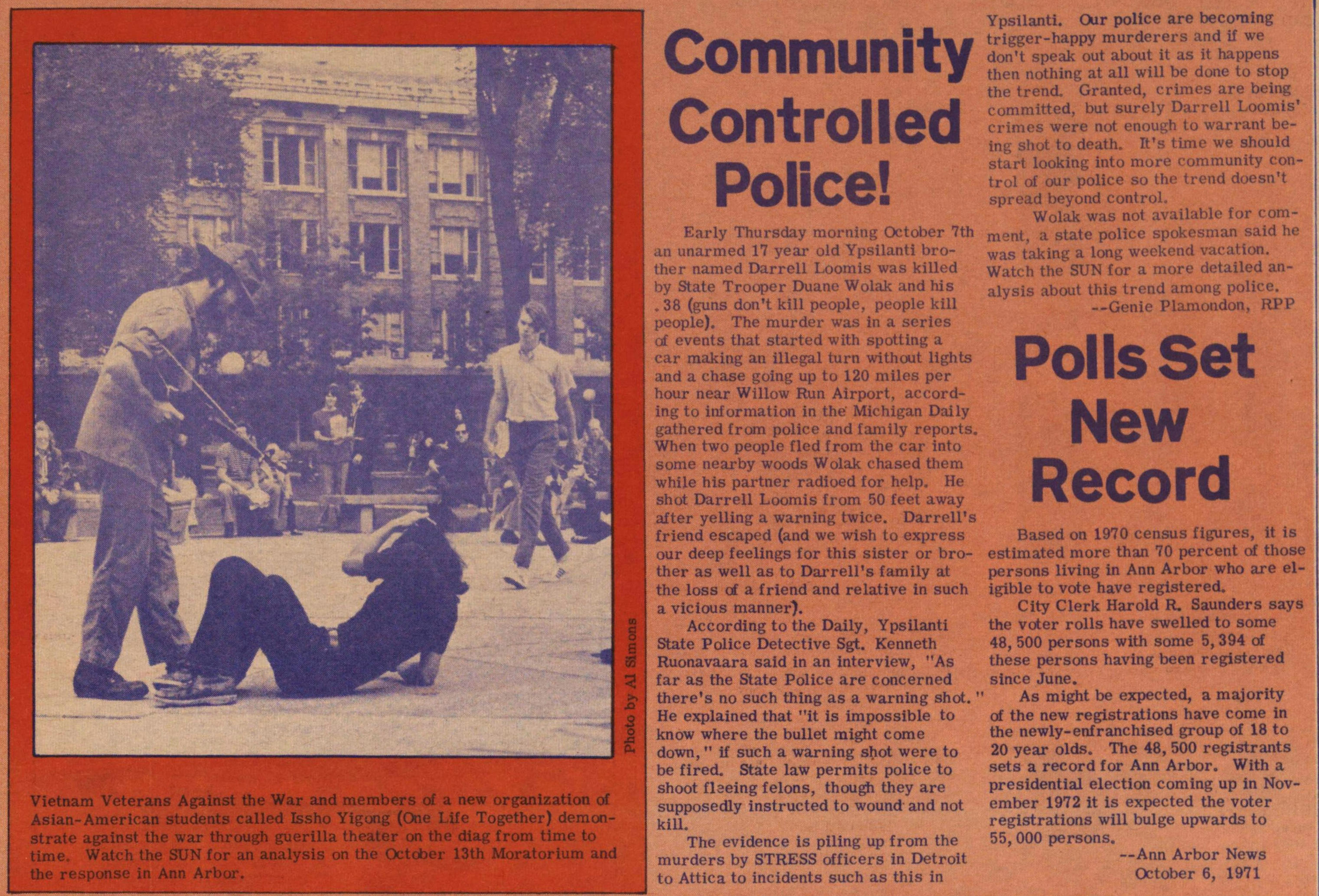 Early Thursday morning October 7th an unarmed 17 year old Ypsilanti brother named Darrell Loomis was killed by State Trooper Duane Wolak and his .38 (guns don't kill people, people kill people). The murder was in a series of events that started with spotting a car making an illegal turn without lights and a chase going up to 120 miles per hour near Willow Run Airport, according to information in the Michigan Daily gathered from police and family reports. When two people fled from the car into some nearby woods Wolak chased them while his partner radioed for help. He shot Darrell Loomis from 50 feet away after yelling a warning twice. Darrell's friend escaped (and we wish to express our deep feelings for this sister or brother as well as to Darrell's family at the loss of a friend and relative in such a vicious manner).

According to the Daily, Ypsilanti State Police Detective Sgt. Kenneth Ruonavaara said in an interview, "As far as the State Police are concerned there's no such thing as a warning shot." He explained that "it is impossible to know where the bullet might come down," if such a warning shot were to be fired. State law permits police to shoot fleeing felons, though they are supposedly instructed to wound and not kill.

The evidence is piling up from the murders by STRESS officers in Detroit to Attica to incidents such as this in Ypsilanti. Our police are becoming trigger-happy murderers and if we don't speak out about it as it happens then nothing at all will be done to stop the trend. Granted, crimes are being committed, but surely Darrell Loomis' crimes were not enough to warrant being shot to death. It's time we should start looking into more community control of our police so the trend doesn't spread beyond control.

Wolak was not available for comment, a state police spokesman said he was taking a long weekend vacation. Watch the SUN for a more detailed analysis about this trend among police.