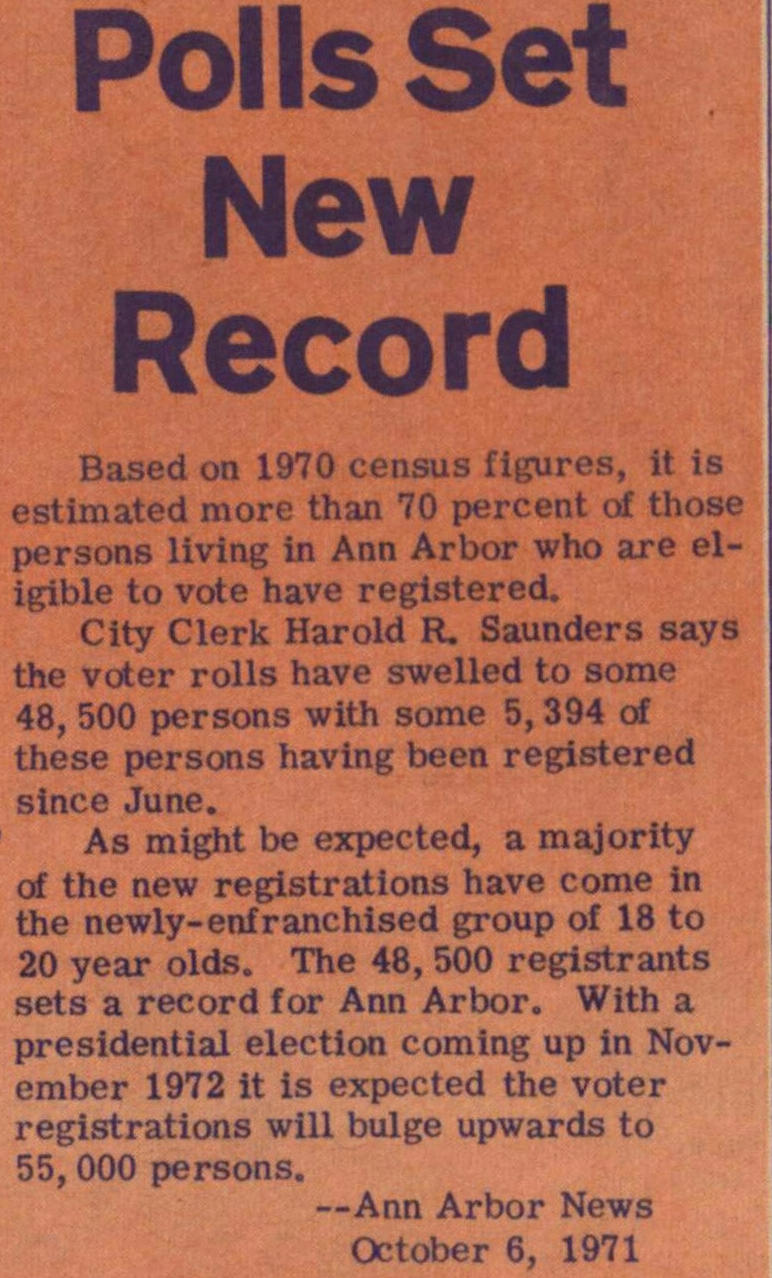 Based on 1970 census figures, it is estimated more than 70 percent of those persons living in Ann Arbor who are eligible to vote have registered.

City Clerk Harold R. Saunders says the voter rolls have swelled to some 48,500 persons with some 5,394 of these persons having been registered since June.

As might be expected, a majority of the new registrations have come in the newly-enfranchised group of 18 to 20 year olds. The 48,500 registrants sets a record for Ann Arbor. With a presidential election coming up in November 1972 it is expected the voter registrations will bulge upwards to 55,000 persons. --Ann Arbor News