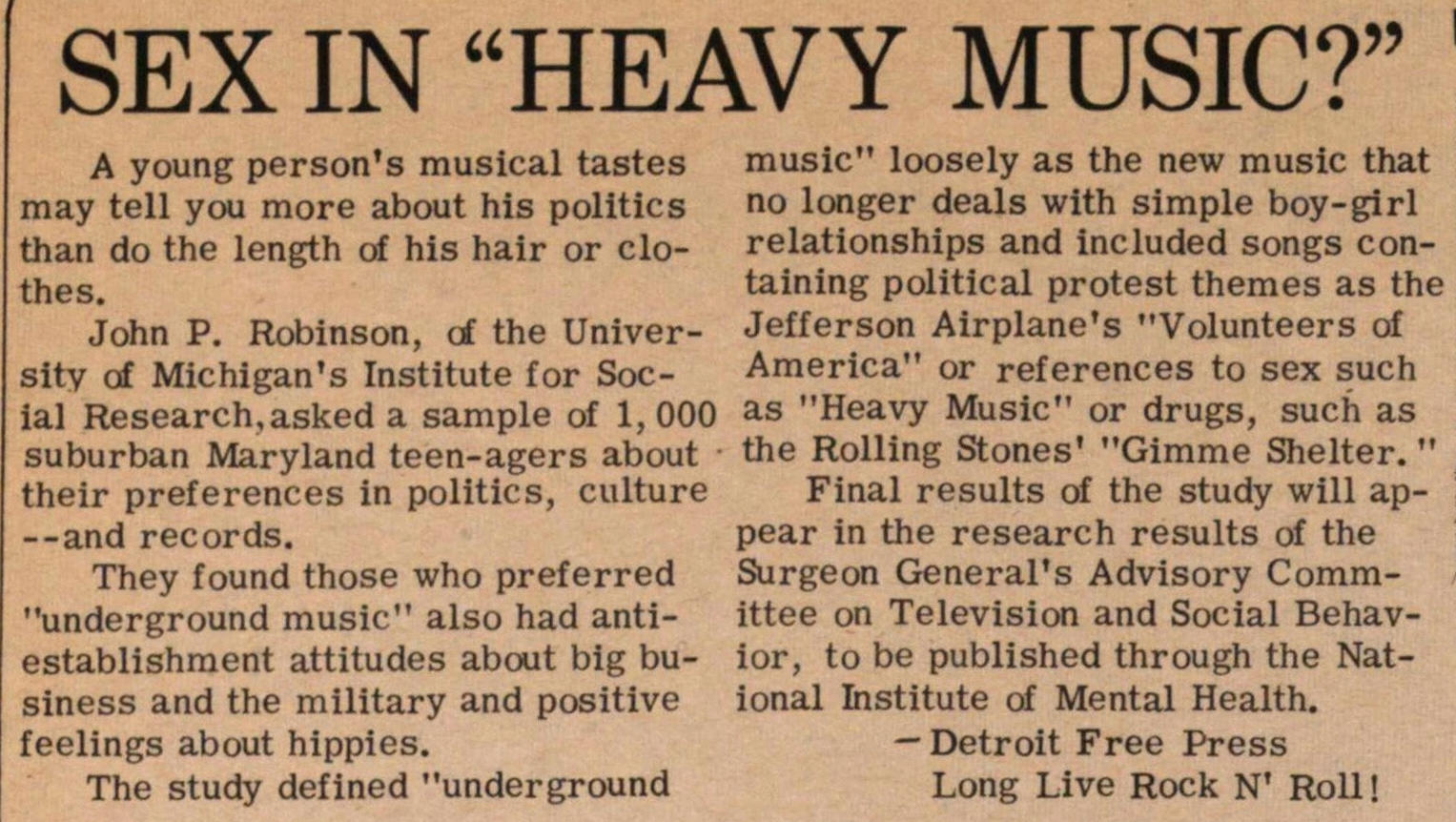 A young person's musical tastes may tell you more about his politics than do the length of his hair or clothes.

John P. Robinson, of the University of Michigan's Institute for Social Research, asked a sample of 1,000 suburban Maryland teen-agers about their preferences in politics, culture --and records.

They found those who preferred "underground music" also had anti-establishment attitudes about big business and the military and positive feelings about hippies.

The study defined "underground music" loosely as the new music that no longer deals with simple boy-girl relationships and included songs containing political protest themes as the Jefferson Airplane's "Volunteers of America" or references to sex such as "Heavy Music" or drugs, such as the Rolling Stones' "Gimme Shelter."

Final results of the study will appear in the research results of the Surgeon General's Advisory Committee on Television and Social Behavior, to be published through the National Institute of Mental Health.